Action Figure Review: Gwildor from Masters of the Universe Classics by Mattel 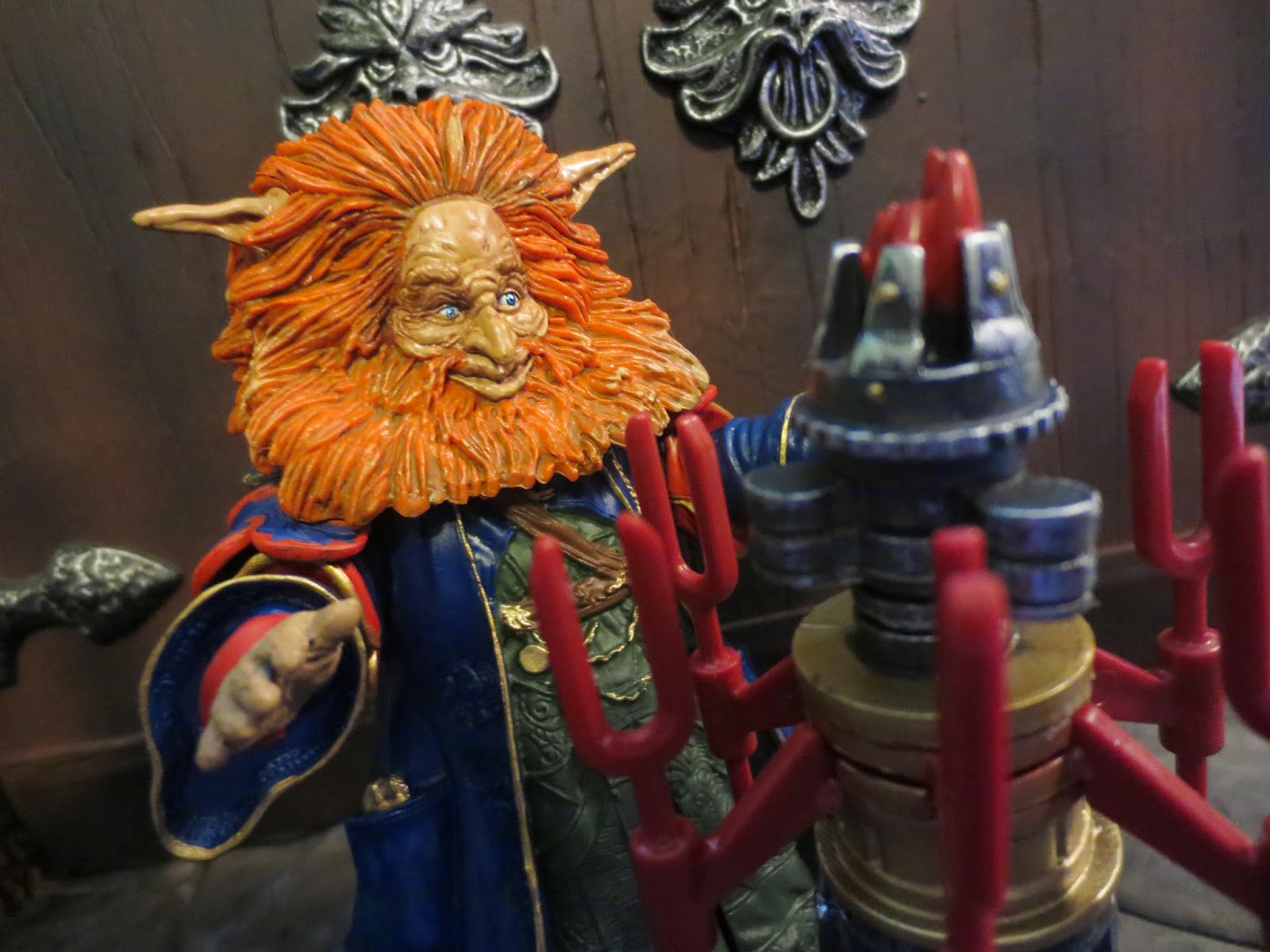 I absolutely love the 1987 Masters of the Universe movie. Yeah, it has some weaker parts in the middle,  but it's a lot of fun. I'd honestly say that the first 20 minutes or so and the last act, basically everything set on Eternia, are pretty much my favorite depictions of Masters of the Universe in existence. That being said you can probably imagine that I was really looking forward to Gwildor. I've always loved the character (who was played by the late, great Billy Barty) despite him being a replacement for Orko in the film. As a Thenurian, he just adds some more welcome diversity to the MOTUC universe. Being one of the smallest characters in the line, it's somewhat perplexing that Gwildor was sold as a more expensive holiday special item. Mattel claimed this was because of his paint work, the fact that he was a unique sculpt, and that he came with some massive accessories. So, how does Gwildor stack up to other MOTUC figures? Join me after the break... 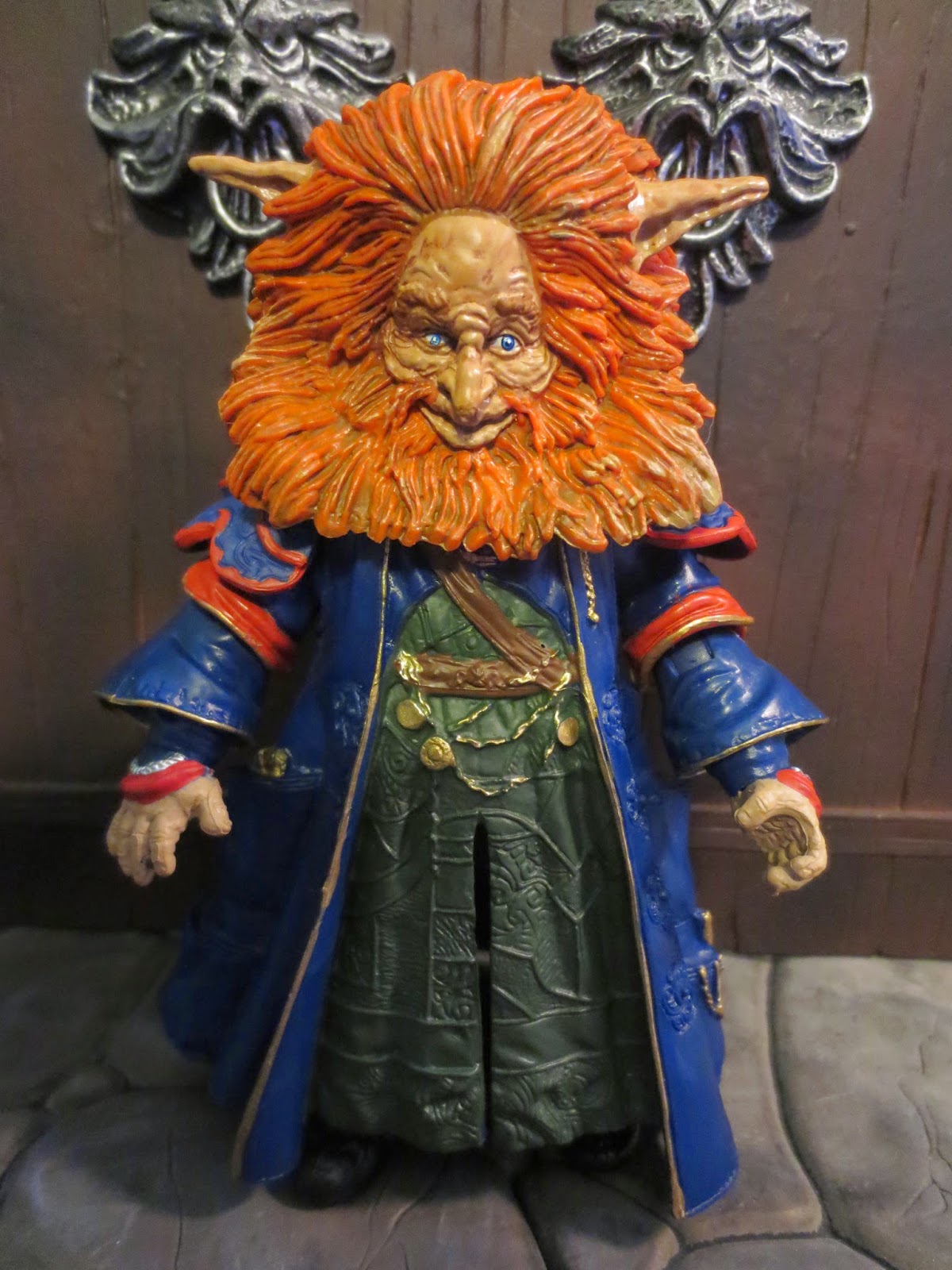 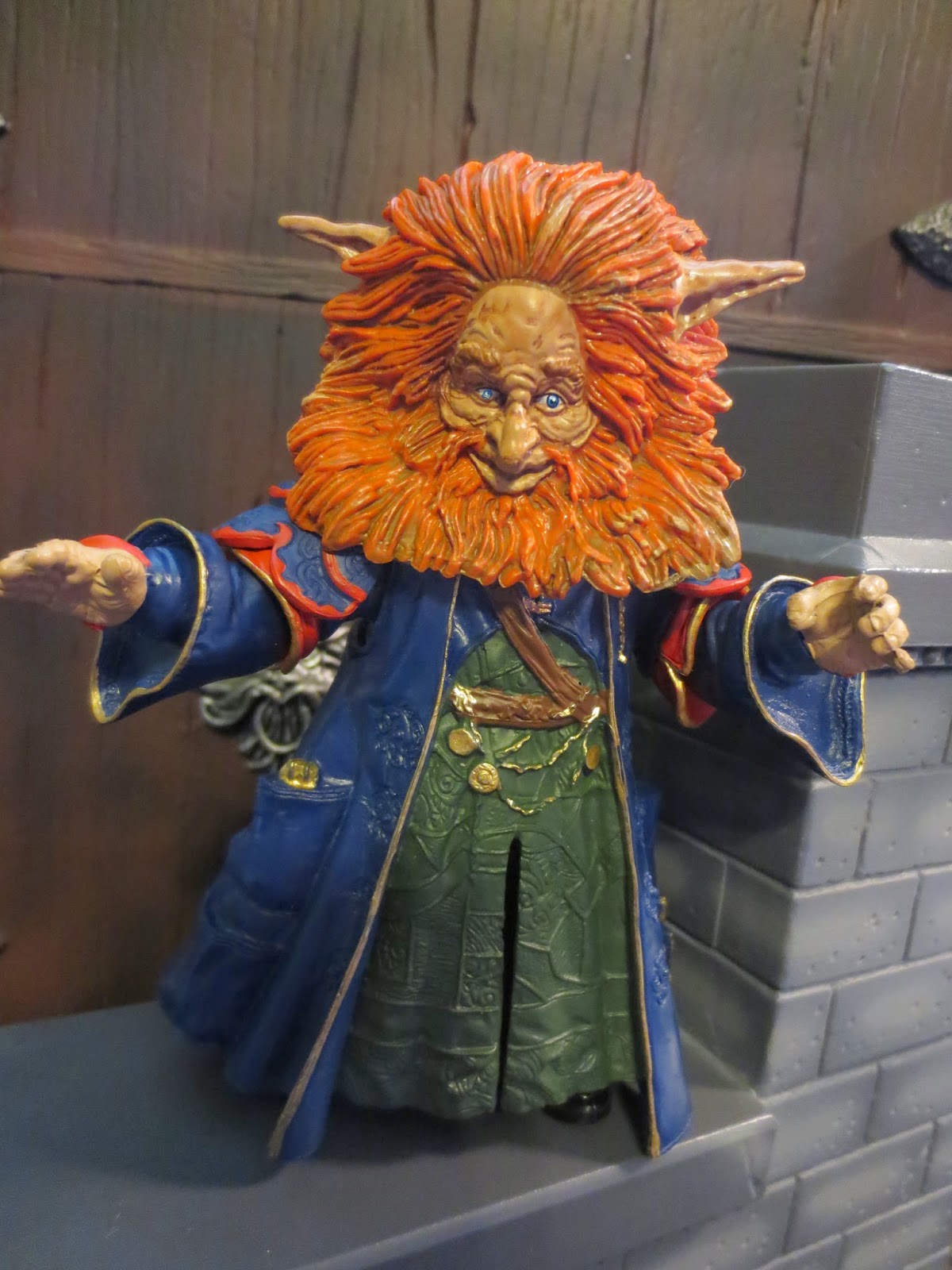 *Gwildor is a completely new sculpt and he looks awesome. Seriously, if you like the character's appearance in the film you'll be more than pleased. The character's robes and various little tools and doodads are all excellently painted and sculpted. This is an extremely elaborate costume that wouldn't look out of place next to other move based action figures from NECA. The Four Horsemen did an excellent job in capturing Barty's portrayal of Gwildor. 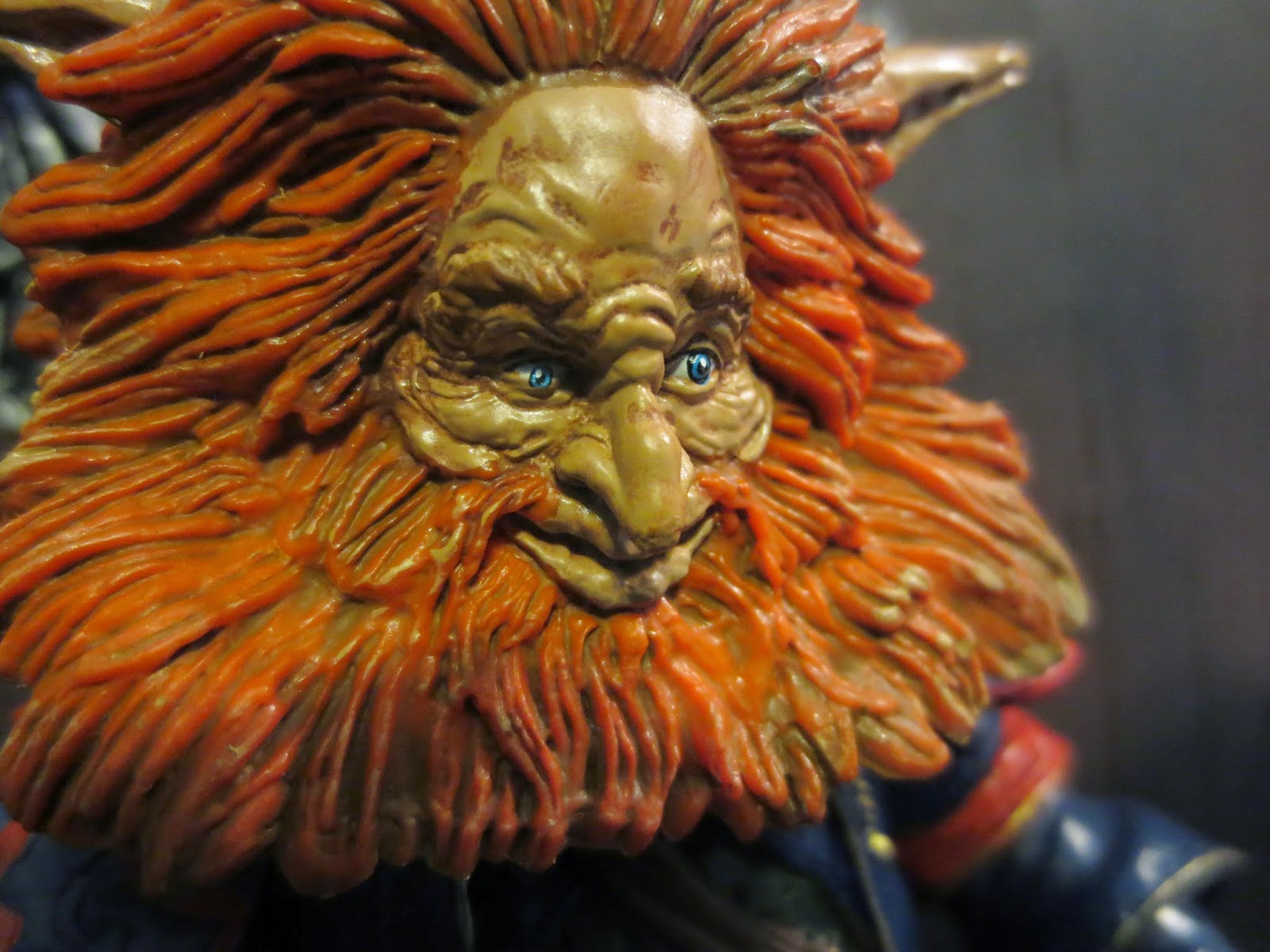 *The headsculpt is impressive. He even has a lazy eye! The paintwork here accents the detailed sculpt, adding detail and texture to Gwildor's excellent hairstyle. The combination of paints on the face really help Gwildor stand out in this line, but in a good way. 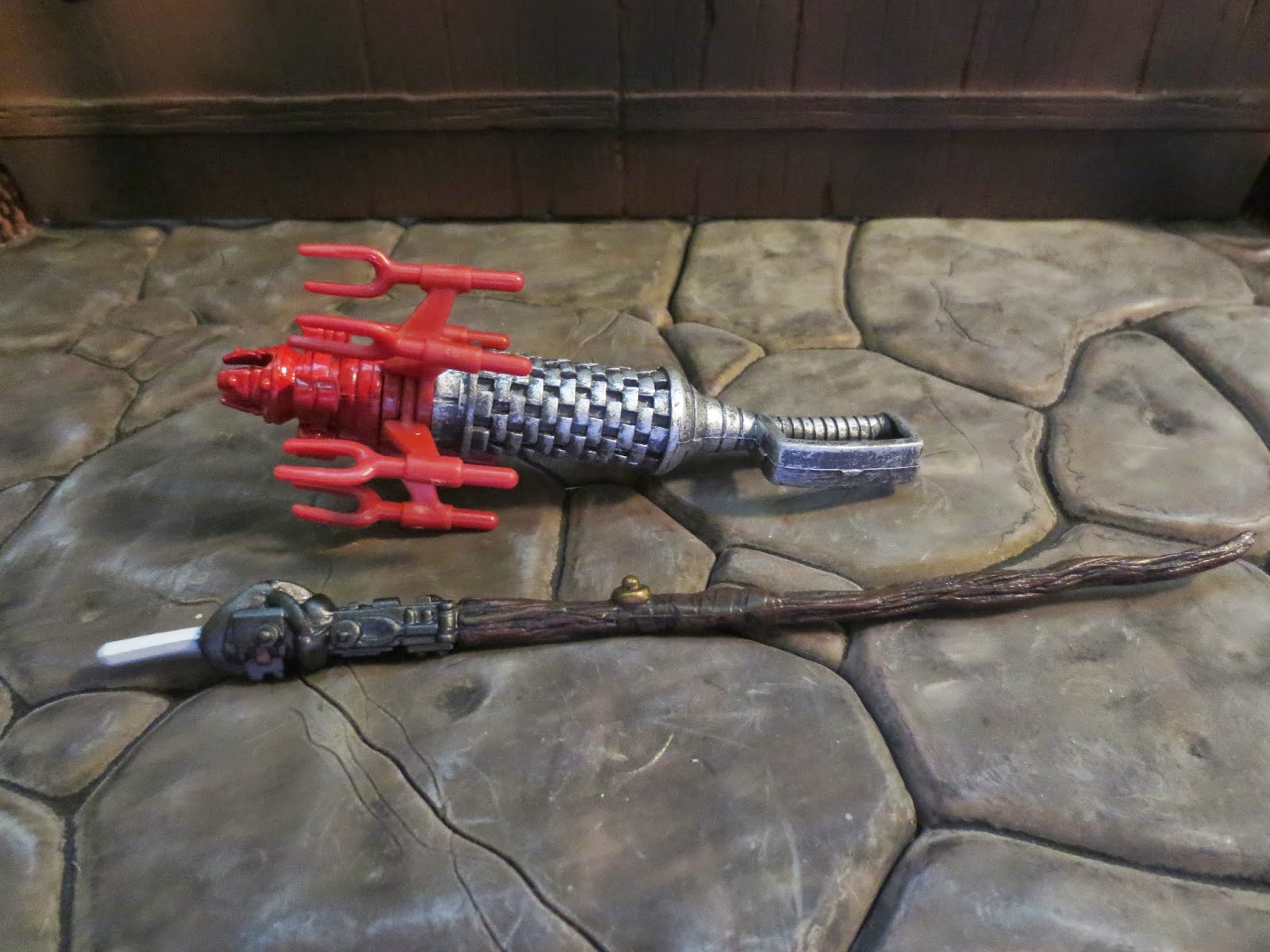 *Gwildor's vintage toy based cosmic key is a repaint of Preternia Disguise He-Man's and it looks great. You can never have enough cosmic key's floating around and Gwildor can easily hold this one in his left hand. The staff is also quite intricate. It features more paint and detail than most other MOTUC accessories. I'm not sure why Gwildor got this extra special treatment, but I'm glad he did! 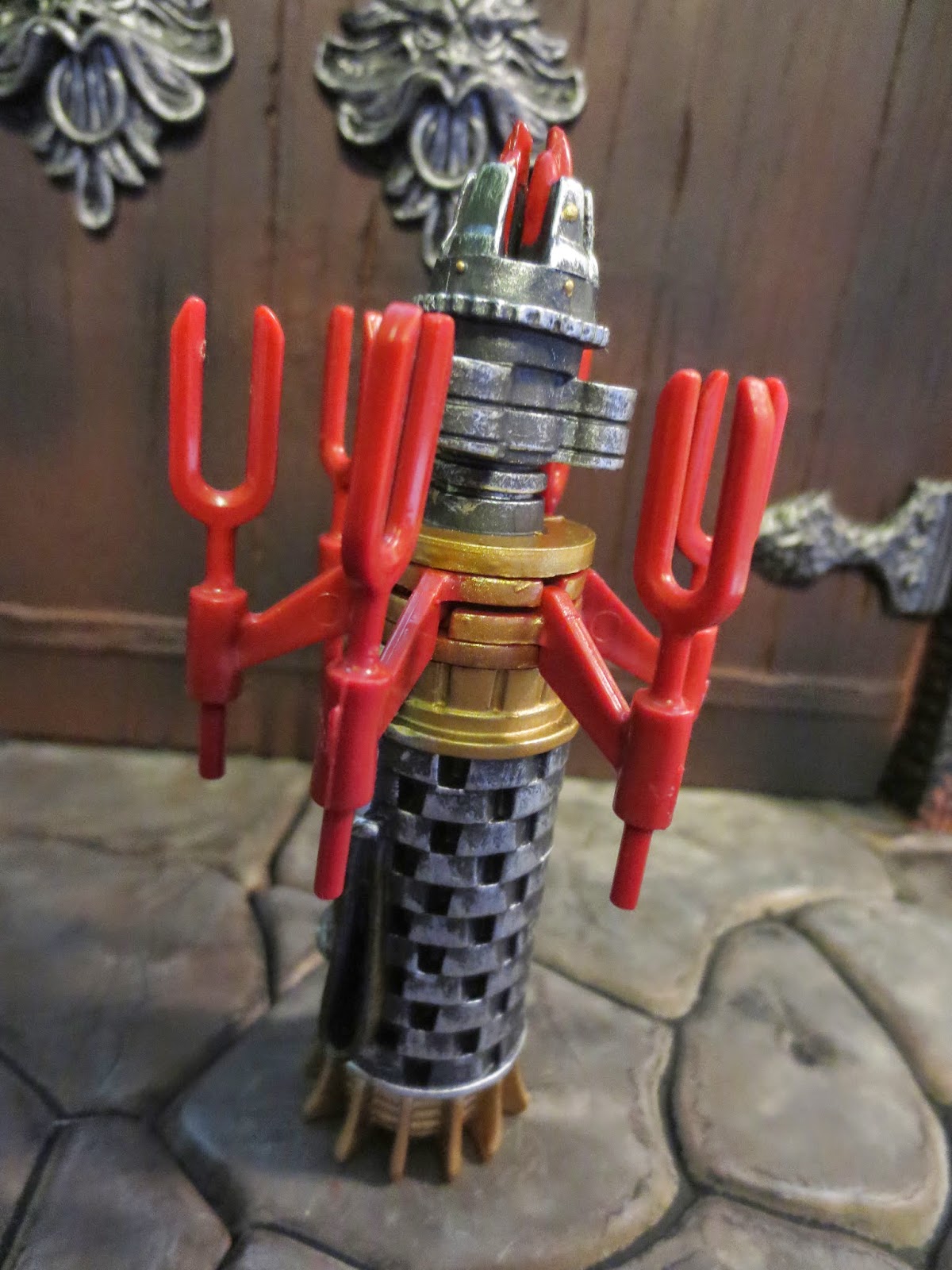 * And here's the movie based cosmic key. It's quite large (nearly as tall as Gwildor) and features an elaborate, weathered paint job and swiveling tuning forks. It stands flat on its base which is a benefit since it's difficult for anyone to carry this thing.

*There is a sculpted carrying strap on the cosmic key, but it's just that: A sculpted element. I would have really liked the ability for characters to carry the cosmic key via a strap. 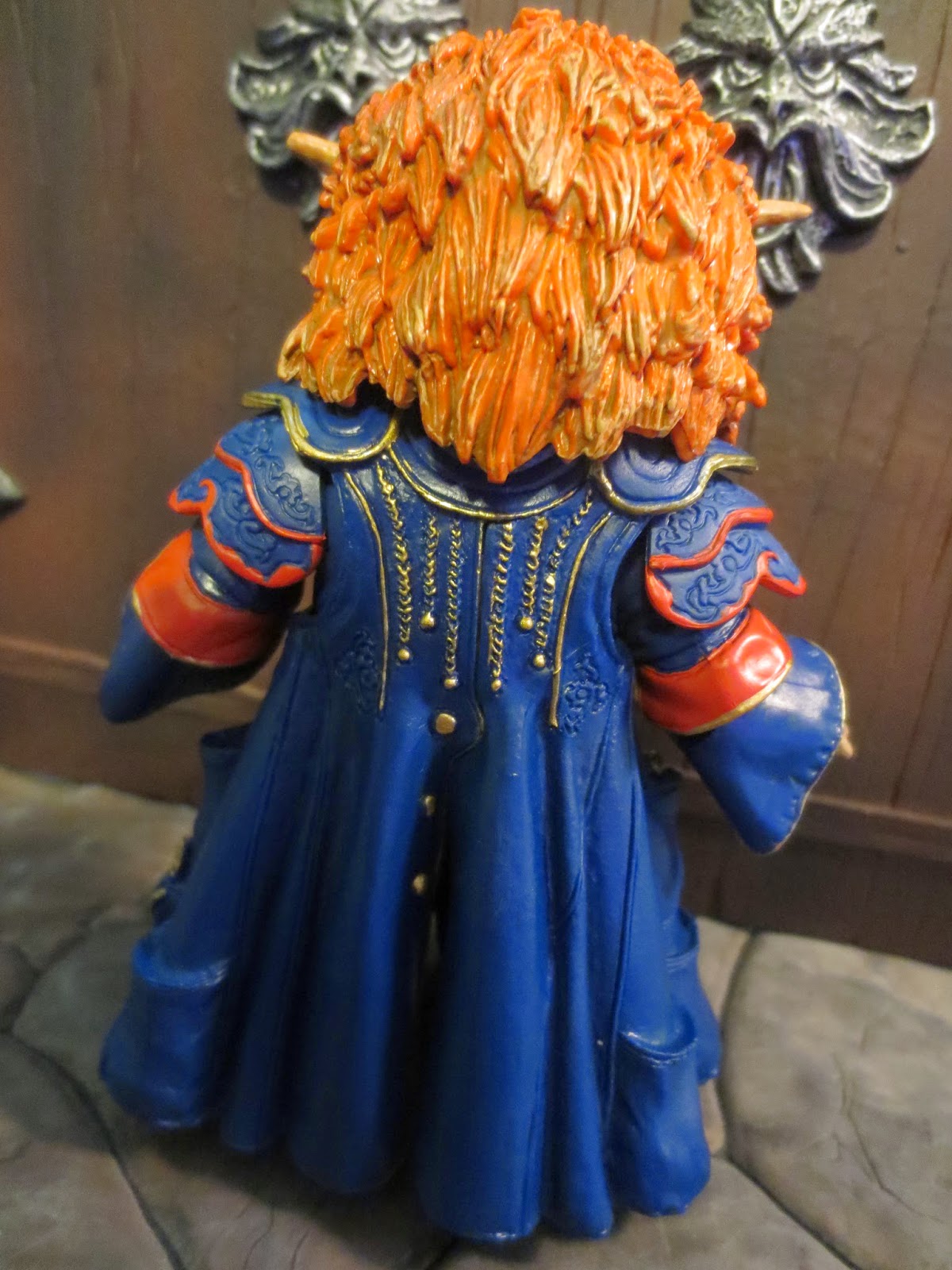 *Gwildor doesn't have as much articulation as a standard figure. He has far less. Having less articulation doesn't bother me much but I do wish his shoulders and head had a better range of motion. Also, while I like that he has a gesturing hand, I think I would have opted for another gripping hand so that he could carry both his staff and the cosmic key at the same time. 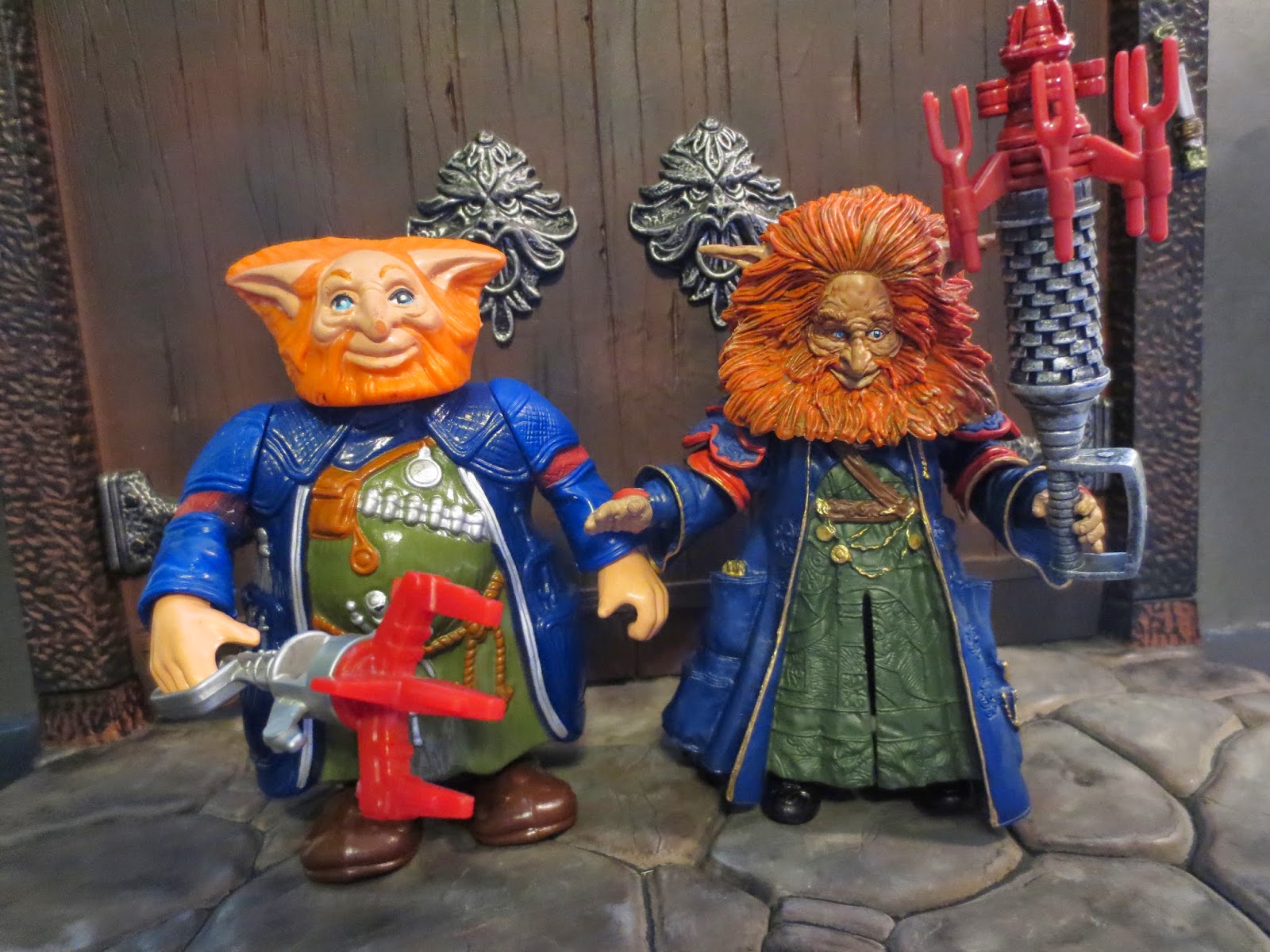 *Since Gwildor was marketed as a deluxe release, I don't feel bad wishing that an extra smaller accessory had been included. Personally, I would have opted for his grappling hook or a bucket of Robby's ribs. For a smaller figure and a more expensive release, a little bit extra would have softened the burn. 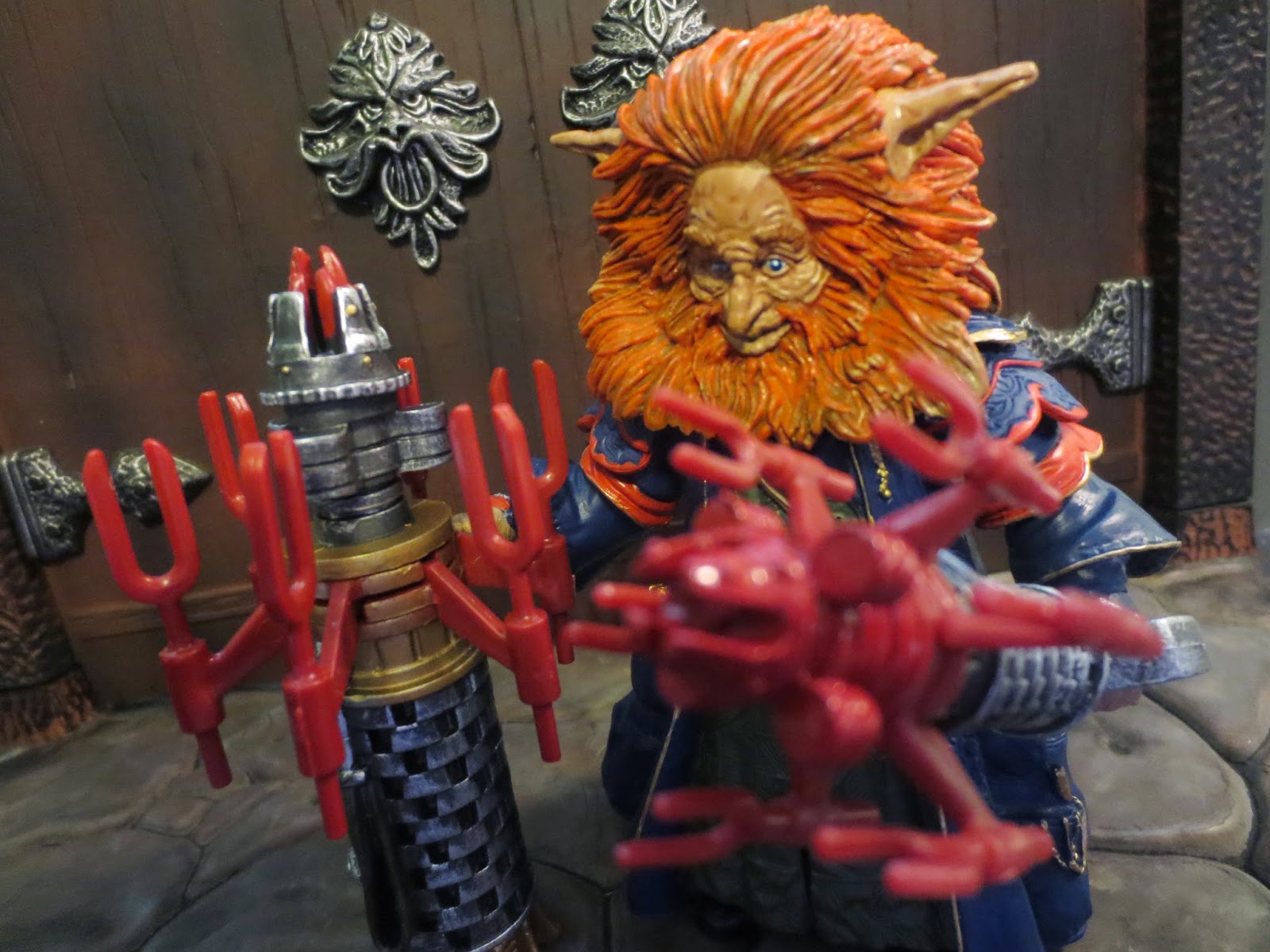 If you don't care for Gwildor or the 1987 movie, I imagine you'll probably write Gwildor off right away. While I'm still a bit ill at ease because of the bizarre way he was marketed as a deluxe figure, I do like how he turned out. Gwildor might be one of my favorite figures released this year. His sculpt and paint are truly above what we typically see in this line and yet I don't feel that he looks so different that he doesn't fit in. I'm comfortable giving Gwildor a Great and a 1/2 rating. He's quite fun and looks awesome on display. Heck, for some fans just the presence of two cosmic key accessories might be worth the price of admission. What more can I say about Gwildor? He was going to share. He was going to share!