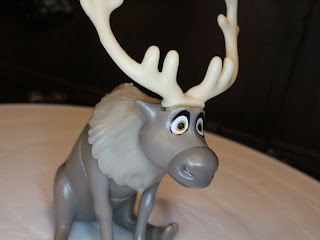 True story: When my little first got into Frozen a few years back it actually took me a couple of weeks to sit down and watch the movie. When the movie would be on and I'd just be walking through the room or chilling out and not really paying attention, I absolutely thought that Sven the reindeer could really talk. If you've seen the film then you know that he can't; his human friend and owner Kristoff actually talks and sings for him. It's pretty funny and is definitely something that my wife and I have always done with our dogs, so why wouldn't someone give a voice to their reindeer, too? What's even cooler is that Sven's "voice" kind of sounds like Cringer from Masters of the Universe. I wonder if that was intentional? Anyways, Sven is another minfigure in the Kinder Joy line of Frozen toys. My daughter and I both pulled him from Kinder Eggs the same day so now we both have Svens. He's a cool little reindeer and not bad for a small toy included with candy. Let's check him out after the break... 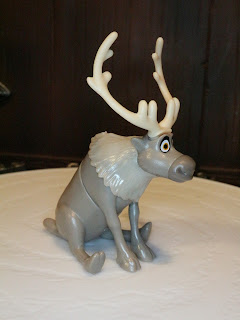 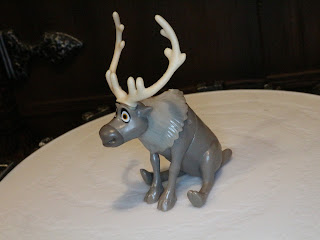 * Sven is a cool little minifigure that you assemble from three different pieces (the lower body, upper body, and antlers). He has a fairly plain sculpt, but the proportions look good and there's some heavier fur detail on his upper body. Unlike the other figures in the set, Sven doesn't have a base: He's sitting down with his legs sprawled out. 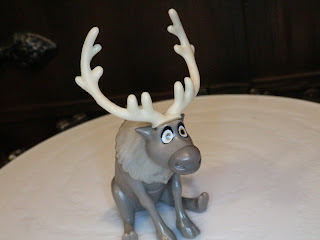 * The eyes are neat and clean thanks to the fact that they are stamped on. Considering these come out of a plastic egg with candy, these are some really solid minifigures. I like the fact that the eyes and the positioning of the head really give Sven a funny expression that seems true to the character. 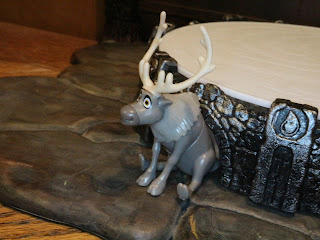 Sven is a very recognizable character from Frozen (although the film is so popular that I'd argue most of the characters are pretty recognizable at this point) and a very lovable one, too. Who doesn't love a reindeer with the personality of your favorite dog? While I wish Sven had a display base for consistency with the other figures in the line I still like the little guy. These are some cool minifigures and the fact that you get some yummy candy with them too easily makes them worth the dollar and some change you can pick these up for. He's a Good little figure for your minifigure shelf/ shelves/ hoard.