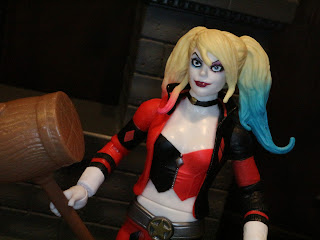 Ever since Mattel began releasing DC Comics action figures in the early 2000s Mattel has periodically released Batman based "evergreen" toylines that aren't tied to any specific movie or cartoon. For the 6 inch scale things started off in 2003 with Mattel's simply named "Batman" series and from there went through other "kid-focused" lines like Batman: Power Attack and DC Total Heroes. For 2018 we are getting the somewhat dully named Batman Missions and, like many of the lines before, it features more limited articulation but comes in at a $10 dollar price point. Batman Missions seems to be focusing on more characters than just the Caped Crusader, however, as the first series includes quite a few villains. I was really excited by this very modern Harley Quinn figure offered by Mattel and snagged her from Amazon a week or two ago. Let's take a look at Harley Quinn and this new Batman series from Mattel after the break... 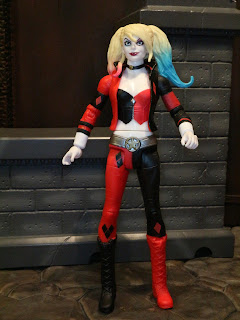 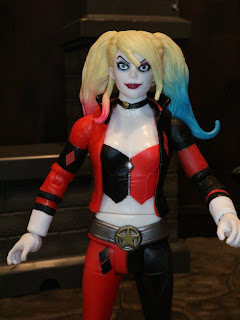 * First things first: This is a really good looking Harley Quinn figure. Even though DC Collectibles released an Amanda Conner designed line of Harley figures last year, none of those figures captured anything that might be considered a standard, current look for Harley. Mattel has released a pretty solid standard Harley Quinn from Rebirth with great sculpting and some nice, colorful paint applications. I love how it looks like the image from Harley Quinn #1 in Rebirth. 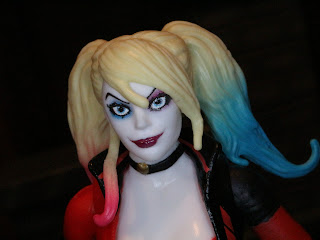 * The headsculpt is great and features some excellent paintwork and detailing, particularly on the hair. The white skin, dyed hair, and funky eye shadow do Ms. Quinn justice. 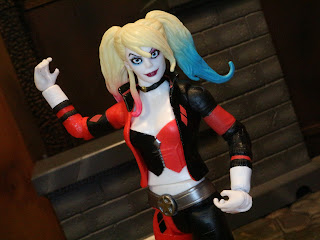 * While Batman Missions is not a collector targeted line Mattel has given the figures some decent upper body articulation with swivel/hinge shoulders, elbows, and wrists. Heck, most of the DC Multiverse figures don't even have swivel/hinge wrists, so the presence of those joints is kind of a big deal. The figures are durable and definitely suited for play while still looking pretty nice on display. You can easily blend her in with your DC Superheroes/Universe Classics/Signature Series/ Unlimited/ Multiverse collection. 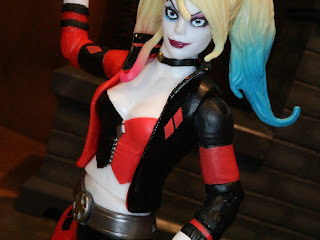 * I like the look of Harley's jacket over the corset. The jacket is actually a separate piece that sits over the torso and while it isn't really meant to be removed, the effect is pretty good. Mattel really put some sculpting effort into this figure. 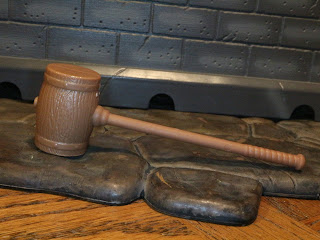 * Harley travels light, only packing her trusty mallet. It's sculpted with some realistic wood grain textures on the head and comes molded in a light brown plastic. While she has some trouble toting it around she can definitely hold it in a neutral position and it looks pretty cool. 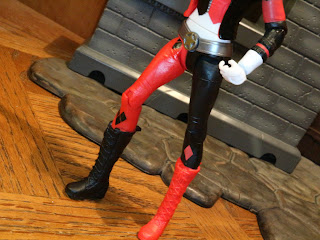 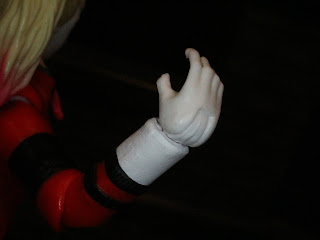 * I love that Harley Quinn has swivel/hinge wrists but, man, these look really, really funky. Let's hope Mattel fixes these in the future. 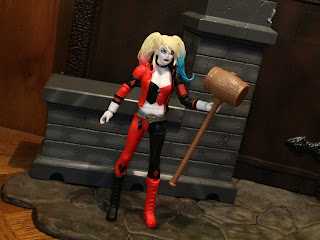 While this figure definitely has some weaknesses I have to admit I'm excited to see where this line goes. If Mattel can keep up with some diverse character selection that matches the modern appearances of the Batman cast while adding in figures that longtime DC Collectors will want for their shelves, they could have a hit. It is nice to see an evergreen Batman line on shelves with Harley Quinn as one of the initial offerings. She's a Good and a 1/2 figure that fits in really well with most of Mattel's previous offerings.


I've reviewed so many Harley Quinn toys that she has her own review gallery! Check out the Harley Quinndex for more Harley Quinn reviews!
Posted by Barbecue17 at 7/08/2018