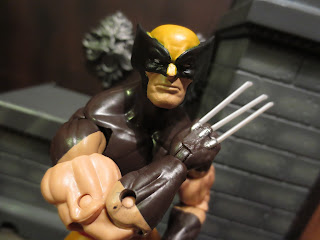 A few years back did you ever think you'd be this excited for a 6 inch Wolverine action figure? Over the past few years Hasbro has really avoided releasing the X-Men at mass retail in the Marvel Legends line. Diamond has continued to release figures based off of 50% of the population's favorite mutants (the other 50%, myself included, prefer TMNT) and Hasbro certainly released a few exclusives and plenty of figures in the 1/18th scaled Marvel Universe line but the mainstream Legends line just hasn't had a Wolverine figure available in quite a few years. But now, in this pretty awesome X-Men series of Marvel Legends, we now have a pretty impressive Wolverine in his classic orange and brown outfit. He's a slick figure and seems to be the second or third most popular figure in the series. Ready for a closer look at Wolverine? Then join me after the break... 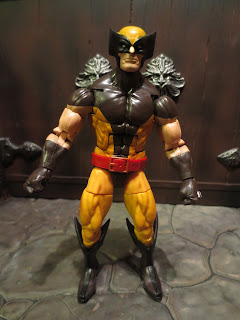 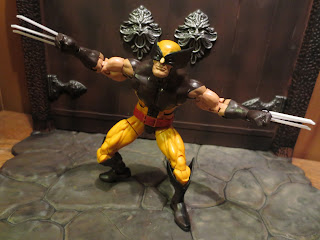 * The articulation on this guy is exceptional. He is so much fun to pose and play with! Figures with claws are always more fun and Wolverine might be the most claw-riffic guy around. He has one of the best Marvel Legends articulation schemes around, and let me tell you why: 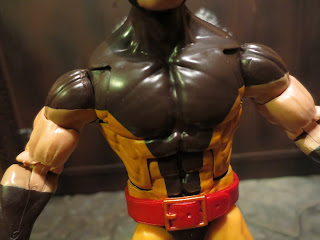 * These lateral pectoral hinges! While Logan still has the swivel/hinge shoulders, these lateral hinges let him take even more dramatic poses. Want him to splay his arms out at crazy angles or pull back for a stabbing punch? Go for it! This is a great joint and, while Toy Biz was doing this joint back in the early years of the first generation of Marvel Legends, it's good to see Hasbro incorporating new joints into their articulation scheme. I'd love to see these used on other characters that warrant them. 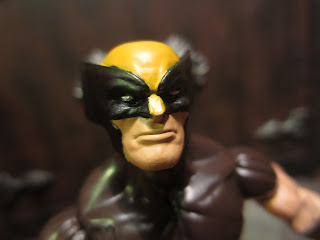 * I really like this headsculpt. It's not overly aggressive (which would have been fine with me) but it's certainly not passive. It has a bit of a curious expression to it. Maybe even showing off Wolverine just getting pissed. It really looks like John Byrne's art to my eyes. 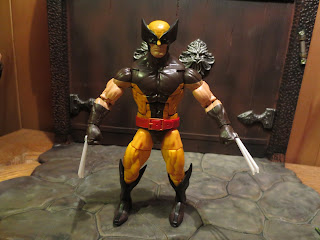 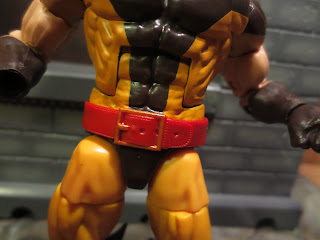 * I like the colors on this costume. The paint looks fantastic and the addition of the belt just seals the deal. The belt is actually a separate piece, so hopefully Hasbro will reuse this body down the road to create a few more Wolverine figures. I'd love to see a first appearance and a Jim Lee era version of Wolverine. 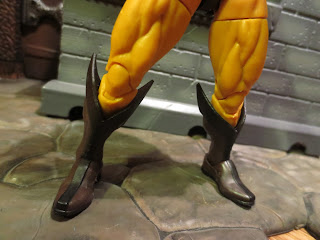 * I love these boots. They're accurate to this costume and they look so incredibly cool in a crazy, comic booky way. They also match Logan's hairstyle. Intentional? Probably! 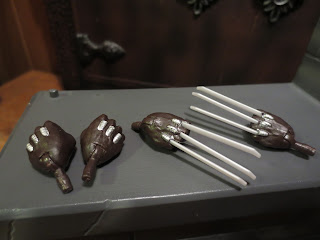 * Wolverine comes with two sets of interchangeable hands: One with his claws extended and the other with the claws retracted. Both sets feature closed fists and make Wolvie look like he's ready to rumble. I like how the claws are actually separate pieces attached to the sculpted hands. They look really impressive, much better than the old way of sculpting the claws as one single unit. 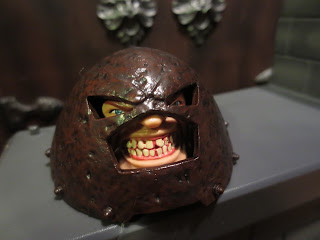 * This is the first Marvel Legends series with a build-a-figure that I'm planning on building since the Iron Monger from the Iron Man 3 tie-in series. Juggernaut looks amazing and now I'm only one piece away from building him. You can rest assured that I will be reviewing this guy when I get him completed. 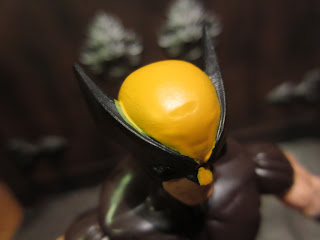 * Overall the paint work is incredible but there are a few bits of slop on his mask. Usually something this small wouldn't be that big of a deal but the colors and location make it far more noticeable. 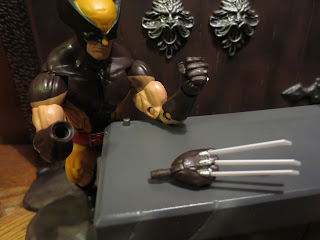 * I really like the ability to swap Wolverine's extended claw hands with non-extended hands. The hands are very easy to swap with little fear of breakage, which is a good thing. Unfortunately, the right hand on mine is a little too easy to swap. Sometimes when picking this guy up and playing with him (and believe me, this is one of those figures you'll keep picking up and posing) the right hand just falls out. 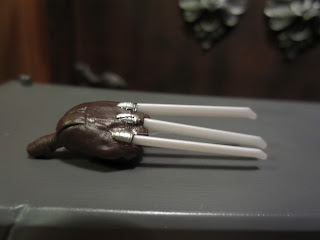 * I like the look of the claws being separate pieces from the hand but there definitely seems to be some bending going on. Not on the claws themselves (they're really straight) but at the base near Wolverine's knuckles. Not sure what's causing it but it effects only one of my wolverine's claws. Looks a bit odd sometimes and makes the claw to the right look like Freddy Kruger's glove, doesn't it? 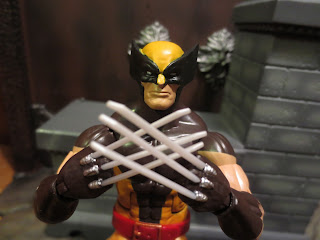 Wolverine is really an impressive figure. I'm giving him a Great and a 1/2 overall because while he should have been epic, little things like the claws not being perfect and the right hand being a bit loose just held him back. Wolverine is still amazing and absolutely a necessary figure, but now I'm kind of waiting for Hasbro to release another Wolverine variant with improved claws and an unmasked face, preferably in a Jim Lee era costume. Let's hope that more good times are ahead for Wolverine action figures, eh bub?

I haven't reviewed any other Wolverine figures on Action Figure Barbecue. I have, though, reviewed plenty of other Marvel Legends figures, including: