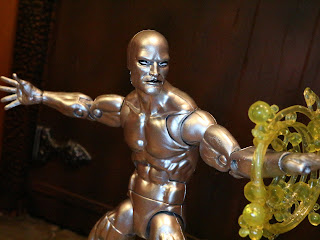 Since I recently picked up the Fantastic Four, when I saw the Silver Surfer at a Walgreen's last week I knew I had to grab him as well. Walgreens has become a true destination for action figure collectors over the past few years and their Marvel Legends exclusives have been pretty impressive.  The Silver Surfer has a long history in action figures but thus is only the second version of the character I've ever owned (I owned the 1/18th scaled Marvel Universe version but I recently sold off most of that collection). While the Silver Surfer is definitely a character with a fairly consistent appearance, little improvements like articulation improvements, new headsculpts, and different ways of addressing the Surfer's silver body all give areas for toy companies to improve on. This is a pretty solid version of the character so, whether you're a Marvel fan or a Joe Satriani fan, let's check him out after the break... 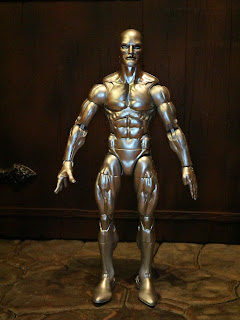 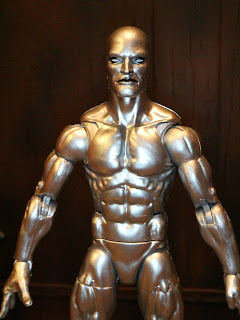 * The Silver Surfer looks just like you'd expect. Lean, muscular body covered with a coat of silver paint. The silver paint looks good and I think it was the best way to convey Norrin Radd's metallic silver body. Previous attempts at the character have used vac-metallization, and it was also always possible that Hasbro would attempt the swirly, pearlescent plastic they've used on other metallic looking figures. This is definitely the best way to go and it looks fantastic. 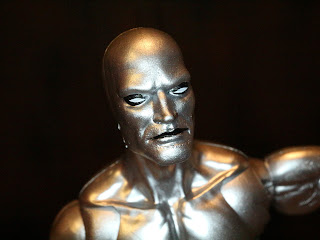 * I like the headsculpt for the Silver Surfer. It's not one of the Marvel Legends greats or anything but it is fitting for the character and is well rendered. I like the black highlights to add in extra character, too. It works well here. 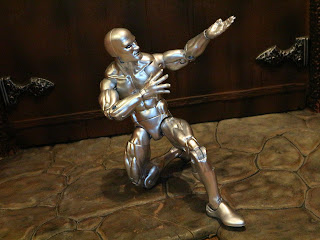 * The articulation on the Silver Surfer is fantastic. Not only does he have every joint you'd expect from a Marvel Legends figure but the Surfer also includes the lateral pectoral hinges like many Wolverine figures that allow for some far out poses. This guy can really move quite well. 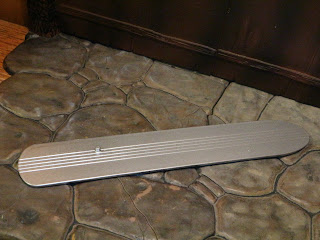 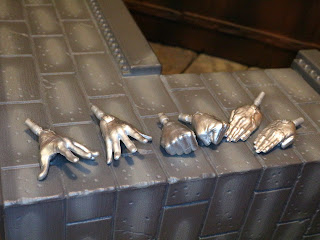 * One of the coolest thing about the figure is the inclusion of six hands that can be swapped out. You get a pair of open hands, a pair of fists, and a pair of flat hands. These are really useful in putting Norrin Radd into some incredibly expressive poses and they swap out quite easily. 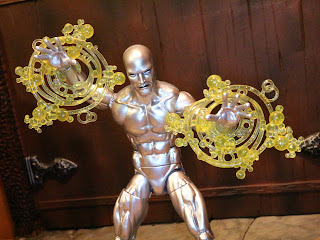 * To convey the Power Cosmic that Silver Surfer wields, Hasbro has included some of the energy effects that wrap around the figure's forearms. These are the same effects that came with Havok but now they have been cast in yellow. They take a bit of work to get on but they're quite cool and looks pretty slick. 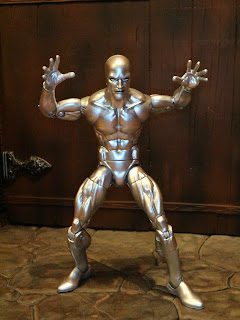 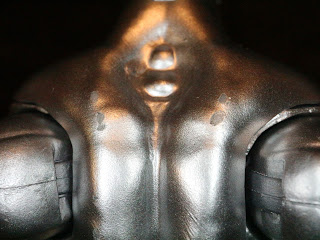 * Overall the silver paint on the Surfer's body looks excellent but if you look closely you'll see places where the paint hasn't been applied evenly. 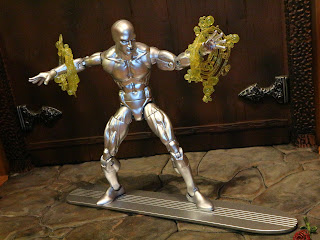 The Silver Surfer is another strong Marvel Legends release. He's not one of the best figures released this year but he's far superior to many other releases, particularly figures from other lines. My only complaints are the oddly light feel of the figure and the missing sports of paint. Otherwise, you're getting a lot of extras (although reused) such as the extra hands and the energy effects. He's a Good and a 1/2 figure and a well made version of one of Marvel's most iconic characters. If you're looking for him keep your eyes open at Walgreens as he can be a bit difficult to find.

This is the first action figure of the Silver Surfer I've reviewed on Action Figure Barbecue. For more Marvel Legends Series reviews, check out the following: