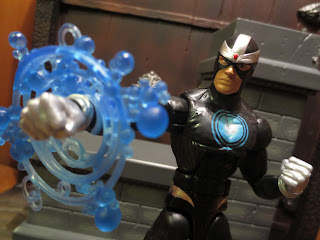 The Marvel Legends reviews just keep rolling along and today I'm looking at the fourth figure from this series I picked up: Havok. Havok is one of the seven figures in this series you need in order to build the Juggernaut and, to be honest, that's why I picked him up. I know who Havok is but he's not that exciting of a figure to me nor is he a character I have much nostalgia for. He's kind of an extra I picked up just to build the Juggernaut. I'm sure there are plenty of Marvel Legends aficionados excited about getting an updated Havok, though; He hasn't appeared in Legends since the 2006 Wal-Mart exclusive Giant Man series. Ready for an updated look at the middle sibling of the Summers brothers? Then join me after the break... 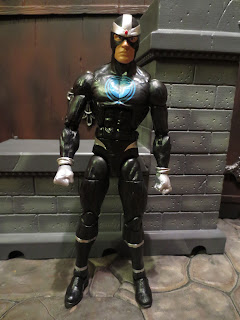 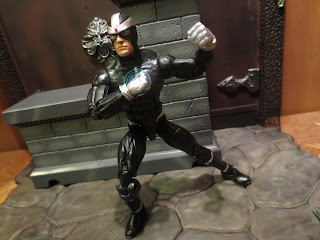 * Havok is a very nicely articulated figure. He's one of the reused bodies (not sure what everyone calls it) but it's really poseable and lots of fun to play around with. A number of the joints have the ratcheting system in them that helps to hold poses better without the joints sagging. The plastic on the figure, even the double hinged joints, is also nice and strong. 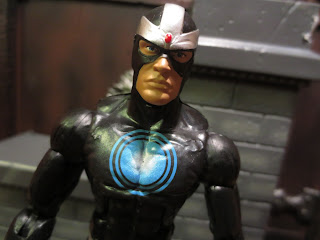 * Havok does have a pretty decent headsculpt. It's nothing crazy but the face underneath the mask looks pretty solid and the paint on the eyes is well done. 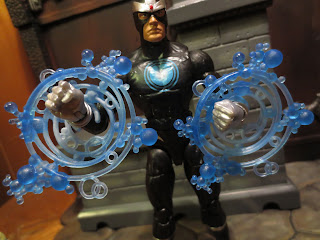 *My favorite part about this figure is the plasma energy blasts that fit on his forearms. They're really cool and molded in a frosted translucent blue plastic. They're quite impressive and complex (far more the ones included with Scarlet Witch and Doctor Strange)  and really add the "oomph" this figure needs to be more than just a guy in a black spandex suit. 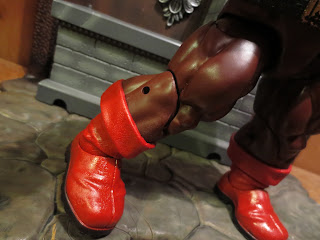 * Here's the right left of Juggernaut, AKA the reason I really bought this figure. He seems like a really cool build-a-figure and, as of this writing, I'm only one piece away from completing him! I always like to see a build-a-figure in a series of figures and this one seems like a good one. He sold me on the entire series, didn't he? 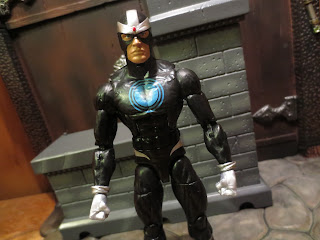 * Havoks is just kind of plain. Again, I don't have a ton of love for the character or anything, so I'm not just excited for the character in and of itself. Looking at this as the figure of a guy whom I know but don't care that much about, he's insanely dull. 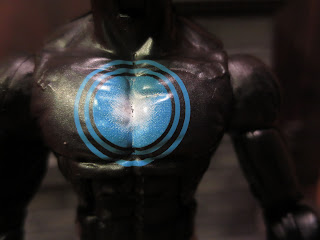 * I really wish that the symbol on his chest had been a bit more interesting. Something using translucent plastic painted over would have been so much cooler. It's kind of the only defining feature on the character and I would have loved something a bit more dynamic. 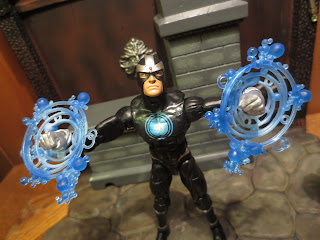 There's really nothing technically wrong with Havok. The articulation is very nice, the plasma energy blasts are rather cool, and the paintwork is clean. It's just that he feels so boring overall! Havok is definitely one of those figures that I purchased solely to pick up the build-a-figure piece. Fortunately, the energy blasts do make him a bit more interesting. He's Good, and necessary if you're building Juggsy McJuggernaut, but that's as high of praise as I can muster.


I haven't reviewed any other Havok figures on the site but I have reviewed plenty of other Marvel Legends figures: