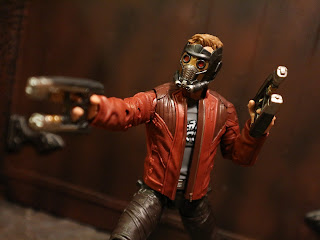 Star-Lord has become one of my favorite superheroes/ sci-fi characters and I'm always a sucker for a cool Star-Lord toy. Fortunately, Hasbro has went all out and produced one of the best mass market action figures we've ever seen for Guardians of the Galaxy 2. I really do not think I'm exaggerating when I say that looking at Hasbro's work here, there's no reason they shouldn't be able to complete dominate the 6 inch market, as both headsculpts included with Star-Lord are as good (if not better) than what I've seen from more expensive companies. Let's take a closer look and see if you agree that Hasbro has just raised the bar for both themselves and others with this release... 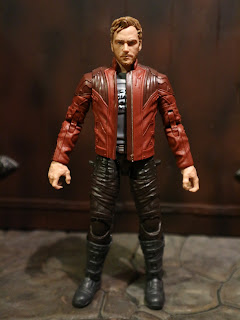 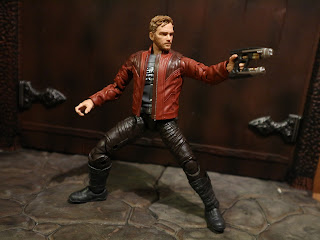 * First off, this guy's articulation is perfect. It's solid, plentiful, and allows for a variety of cool, expressive poses. Pure hand candy right here, folks. 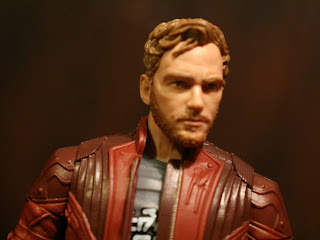 * I'm working with a new camera and it's taking me a bit to learn to get nice, clear close-ups. Still, even with a bit of blur, I think you can tell that this is an amazing of Chris Pratt as Peter Quill. The paint, the work on the hair and bear, and all of the small details really look incredible. I really wish Hasbro's Star Wars: The Black Series had portraits this good. 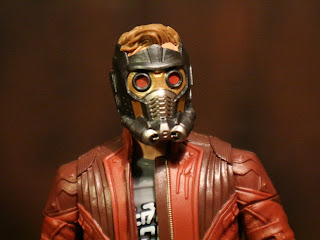 * The helmeted portrait is just as good. The sculpt is crisp and clean and the paintwork is incredible. These portraits are an incredible improvement over the Star-Lord figure from the first film! 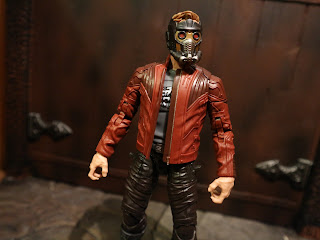 * The outfit looks incredible, as do the overall proportions of the figure. The jacket is actually a separate piece (well, the chest part at least) and the way it hands looks just perfect. 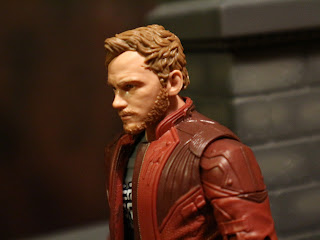 * The paint and detailing on the jacket is really good. Check out the various textures and padding on the shoulders. 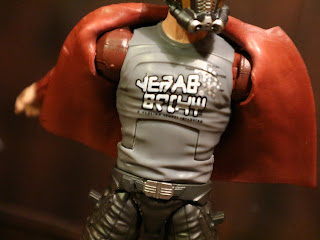 * Star-Lord's shirt from the new movie is really nicely captured here. The logo is a neat, clean print. It's mostly covered by the jacket, though, so I had to fold the jacket out to get a good shot. You're welcome! 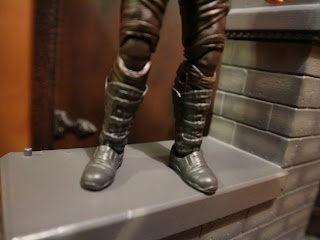 * The boots are pretty standard but feature some cool details. Due to the boot swivels, they actually look like boots and this seem to flare out a bit from the pants, something we don't always see on action figure boots. 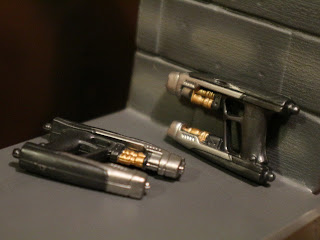 * Star-Lord's blasters are the same mold as the guns from the 2014 figure but the paint job looks to be a bit better. 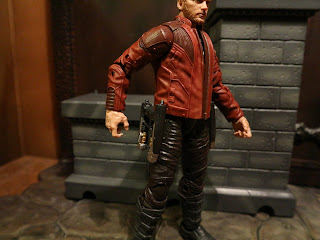 * This time Star-Lord has some tabs on his hips that allow him to hold his blasters by his sides. The little plugs just fit into the trigger guards. 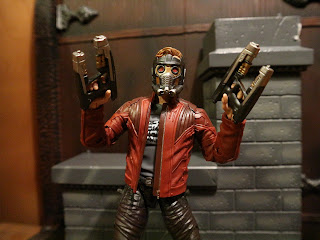 I've reviewed some pretty good figures so far this year from companies and product ranges like Mezco's One:12 Collective, Figma, and Bandai's S.H. Figuarts. Not even factoring in that Star-Lord costs 1/2 to a quarter of what most of those figures cost, I think he easily holds his own. This is an Epic figure and quite possibly the coolest thing available on toy aisles at mass market retail. Hasbro keeps upping the Marvel Legends game, and more power to them! This is an amazing action figure. 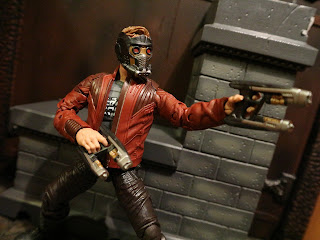 If you're looking for more Star-Lord reviews, I've also looked at the 2014 movie Marvel Legends Star-Lord, the 2.5 inch Star-Lord and Gamora set, and the comic inspired 5-pack.


If you're looking for more Guardians of the Galaxy Marvel Legends figures, check out the following: