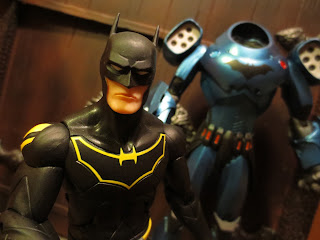 Today I'm kicking off a look at the various toys and action figures I've received for Christmas 2016 from friends and family. Today I'm kicking things off with the brand new GCPD Batman from DC Collectibles' DC Comics Designer Series: Greg Capullo line! One of the most interesting things that happened in Scott Snyder and Greg Capullo's run on Batman (which was filled with interesting things) was having Jim Gordon take over as Batman. Funded by Powers International and affiliated with the Gotham City Police Department, Gordon's Batman is a completely different animal from Bruce's vigilante identity. I'm always thrilled when we get specific characters from recent story lines and the fact that this isn't just another Bruce as Batman figure definitely makes it feel a bit more unusual. Technically you're getting one character here, although since the suit can function independently, you're getting two separate action figures. This is a pretty nice boxed set and a great way to kick off my 2016 Christmas haul. Ready for a closer look? Then join me after the break... 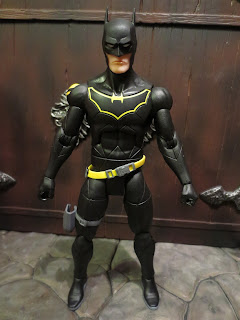 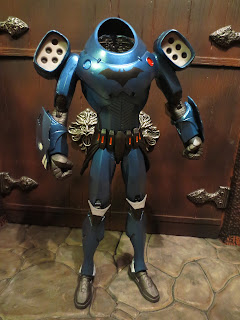 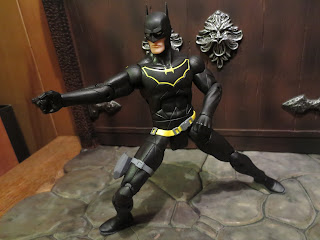 * The articulation has varied a bit on the Greg Capullo Designer Series but the Batman figures tend to have about as much articulation as your average 6-7 inch figure. I'm not the biggest fan of H-hinge hips, but these work well enough. The sculpt is obviously the selling part of the figure but the articulation isn't bad. All of the joints are there and the figure feels pretty sturdy, though some of the joints don't have the best range of motion. 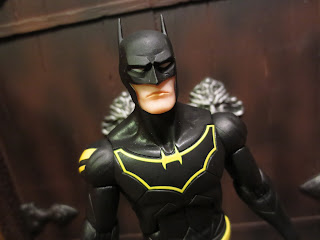 * Jim Gordon shaves his face and gets a crew cut to take over as Batman, so you'll notice that he doesn't look particularly different with the cowl on. Still, it accurately reflects Capullo's art. I love the sleek and sensible design of this outfit. While Gordon wears it on it's own, it's really designed as a suit to be worn when coupled with the robotic Batsuit. The bright yellow bat and details look killer against the matte black suit. 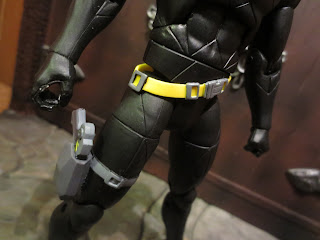 * Gordon wears a very different styled belt than Bruce does, as it doesn't really have pouches or anything. It's a separate piece, though, and soft enough that it doesn't impede his hip motion. He also has a functional holster on his right hip to hold his taser gun. The bright yellow and grey look really good against the black suit, adding some additional "pop" to the appearance. 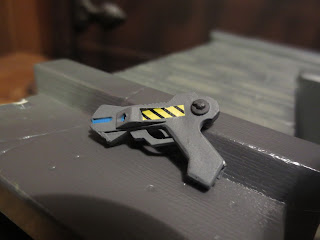 * Another difference of Jim Gordon's Batman is that his primary weapon is a pistol. Well, it's actually a non-lethal taser styled pistol that can fire electrically charged mini batarangs. This is a really cool accessory with a very modern looking sculpt and some excellent paint. 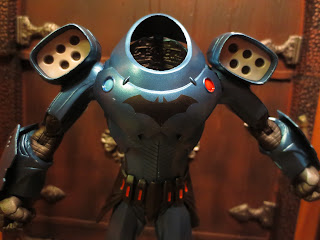 * Here's a look at the Robo Batsuit. Gosh, this thing is cool, isn't it? I love the bat emblem on the front, the massive gauntlets, the black and red tasset (that kind of resembles a utility belt), and the massive cannons on the shoulders. This thing kind of resembles something like the Justice Buster, but it's smaller and sleeker. 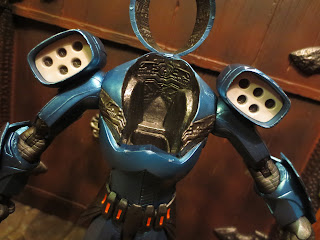 * The harness around the chest opens up to reveal the interior cockpit. While the main figure doesn't fit inside, the cockpit certainly looks functional with lots of padding and wires and techy stuff. 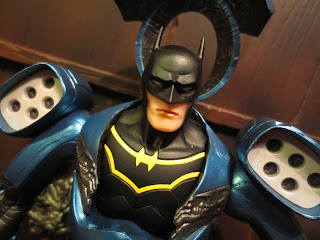 * Rather than make the suit actually able to hold the Batman figure, DC Collectibles included a separate torso piece that simply plugs into the cockpit area. It actually looks really nice and fits perfectly. It's pretty much the same as the standard figure, including sporting a ball jointed head. This was a brilliant way to pull off letting Batman wear the suit and having the suit displayed independently. 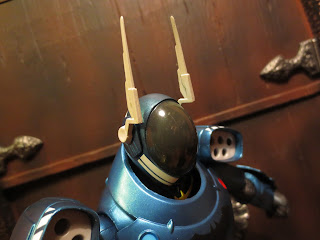 * One of the most distinctive elements of the GCPD Batman robotic suit is the helmet with it's semi Bat-like antennae ears. And yes, they kind of look like bunny ears. Even Gordon comments that when he looks at the suit it looks like a "robobat-bunny." The helmet it removable, however, and it fits on quite nicely. With the helmet in place the suit looks really impressive. It does have to sit over the Batman head/ torso piece (it doesn't attach directly to the armor) but, once it's on, you can't really see Batman. That way you can display the suit as if it were functioning independently, too. 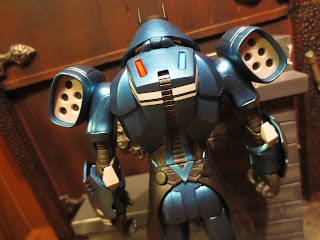 * Here's a look at the back of the Rabbit Batsuit to show off the awesome paint and sculpting. I love the beautiful metallic blue (I'm a sucker for metallic blue) as well as the red and blue police lights on the back. This is a really impressive looking figure and it will definitely standout in your Batman collection. 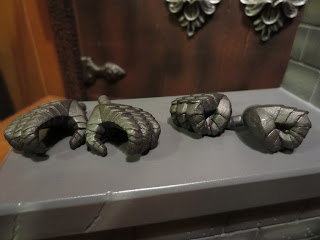 * The Batsuit comes with two pairs of hands: Two gripping hands and two fists. They swap out easily, feel very sturdy, and look cool. I appreciate the chance to add a bit more character to the suit, so these are a win. 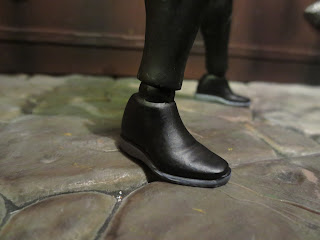 
* Gordon's right ankle is really loose. It makes keeping him standing in more exaggerated positions a bit of a pain. Probably a simple QC issue, but one I felt like complaining about. 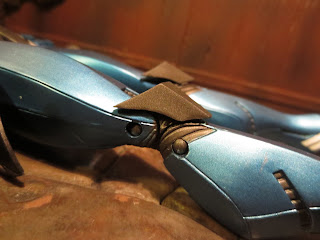 * I have an articulation complaint with the Robo Batsuit, too: The right knee is really loose. It's strange that the suit has double jointed knees since it only has swivel hips (and not a balljoint style like Gordon). I'm probably going to try and use a Kaiser stand to hold this one up just to prevent it from making a tumble. 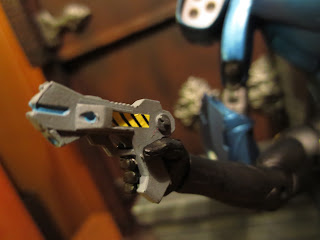 * This might seem like a bit of a nit-pick, but Gordon's trigger finger is sculpted kind of awkwardly. It's sculpted like a trigger finger, but it doesn't really work with the included taser gun. I tried to make it fit and I could see some stress marks appearing on the finger. Considering that the right hand looks explicitly sculpted to hold the pistol, this should have worked out a bit better. 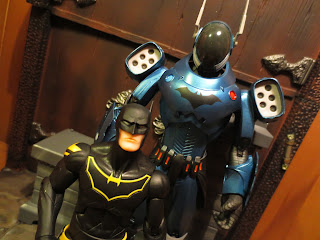 This was a pretty sweet Christmas gift and, I'm going to be honest, it's going to be tough to beat. I love these costumes and DC Collectibles did an excellent job of capturing them here. There definitely are a few little issues, but the overall look of the figures really isn't hurt by them. Considering that you get two completely unique figures in one set, this is a pretty cool package. I love the way DC Collectibles handled the removable Batman torso. I love seeing stuff from recent storylines hit the retail shelves and I hope it continues. This is a Great and a 1/2 set that really offers something unique for Batman fans.

For more figures from the DC Comics Designer Series, check out the following: