Minifigure Review: Pack B from M.U.S.C.L.E. Alien by Super7 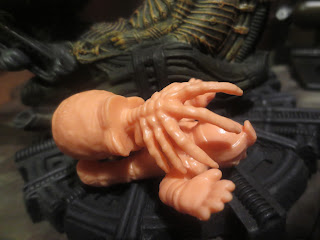 I was a pretty big Micro Machines fan back in the 1990s and my second favorite Micro Machines property (the first being Star Wars) was their Alien offerings. While they didn't release a lot of product, I still love what did come out. I used stand ins from Action Fleet and the Jonny Quest Micro Machines to fill in for the rest of the Nostromo crew since the only ones Galoob made were Ripley, Kane, and Parker. When Funko released their Alien ReAction line, I thought that we might finally see the entire crew rendered in plastic in the same scale. Well, no such luck. Neca doesn't seem to have much intention (or the ability, due to likeness rights) to do it, either, so I'm giving major props to Super7 for nailing the entire crew of the Nostromo in one go! Today I'm checking out Pack B in the M.U.S.C.L.E. Alien series, which includes Kane in Spacesuit, the Alien Egg, and Parker. Let's check these out after the break, shall we? 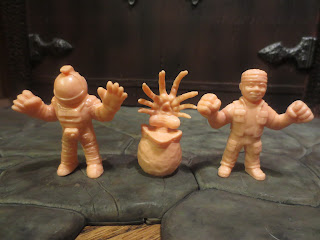 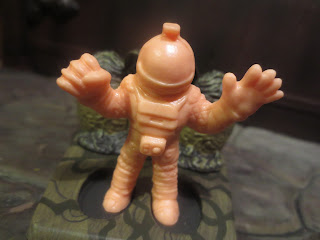 * While Super7 calls this figure Kane in Spacesuit, is there any reason this couldn't  be any member of the Nostromo crew in their spacesuits? Honestly, this feels to me like the most M.U.S.C.L.E.y figure in the entire series. The sculpt, the design, and the positioning of the hands just seem exactly like a M.U.S.C.L.E. figure. I love this one and wouldn't mind having an extra or two. If some different colorways appear in the future, I'd love to have a few of these guys. The texturing on the spacesuit is excellent! 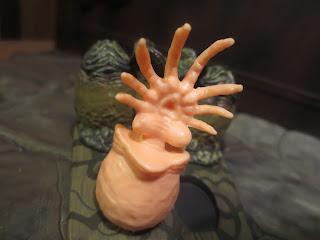 * Kane might be the better sculpt, but the cooler piece is the Alien Egg with a facehugger popping out of the top. I always loved the atypical M.U.S.C.L.E. figures as a kid (Sunigator Shotai, any variation of Sunshine) and the Alien Egg scratches that same itch. Both the top and the bottom of the facehugger look excellent, as does the egg. It's a bit blobby, but that matches the source material. This is just an incredible minifigure. 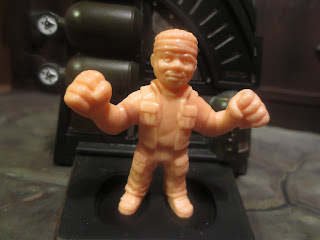 * The third figure in the set is Parker, the chief engineer of the Nostromo played by Yaphet Kotto. Interestingly, unlike the other human figures in this series, Parker actually has eyes. I like his facial style better than most of the other humans in the line. The sculpt just looks much sharper with more character in the expression. 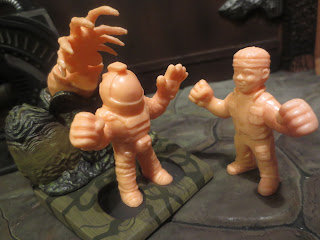 While I imagine Pack A will be the most popular (as it has Ripley and the standard Xenomorph in it), pack B is definitely the best. The Alien egg with facehugger is just too cool, Kane in spacesuit is one of the best figures in the line, and Parker is probably the most well done of the standard human figures. The sculpts are sharp, the price is excellent  (just $2 a figure), and the quality is absolutely there. This is a Great and a 1/2 set of minis and well worth picking up if you're a fan of the property.


If you're looking for more of these characters, I have reviewed the ReAction Kane (with Chestburster) and some of the Kenner Xenomorphs (which included facehugger accessories). If you're interested in more M.U.S.C.L.E. figures (from both Mattel and Super7) check out the following: