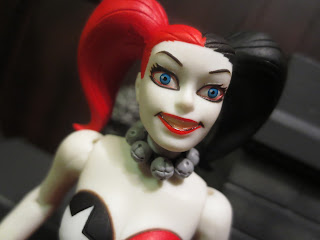 A few weeks ago I reviewed the Darwyn Cooke Catwoman from this series and now I'm checking out the late Darwyn Cooke's take on Harley Quinn. Based on his artwork for the cover of Harley Quinn #13 from December 2014, this version of Harley is depicted in one of her outfits from her excellent self titled series that launched during the New 52. I love Cooke's style and while I'm a big fan of having a line of DC characters in a unified style, when you have beautiful sculpts based on the work of a good artist, who can resist, am I right? Let's take a closer look at this figure after the break... 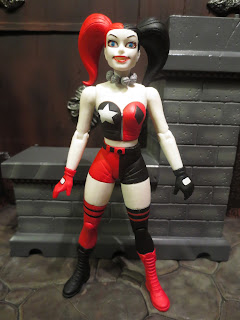 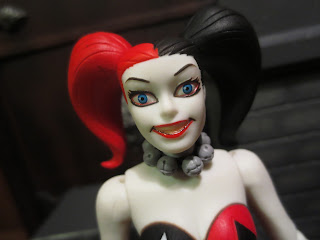 * I love the look of these figures! Jonathan Matthews again knocks it out of the park with a sculpt that manages to take Cooke's distinctive art style and translate it into a gorgeous three-dimensional figure. I love the look of this Harley as it really captures her pleasant, bubbly demeanor from Amanda Conner and Jimmy Palmiotti's book. 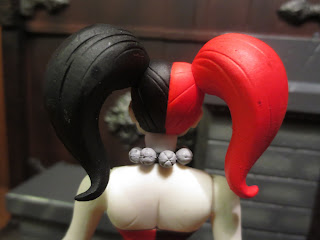 * Harley's hair looks great! I love how large, colorful, and dynamic it is! There's not a ton of detail on it, but that kind of matches Darwyn Cooke's style. It looks fantastic. I'm also digging Harley's necklace. 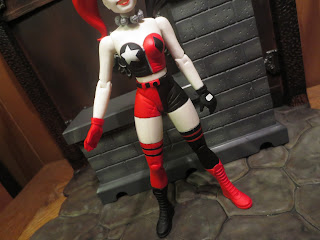 * Harley's body and costume look excellent. The red and black outfit is really fun and the proportions are fantastic. I like the wider, somewhat muscular look here. 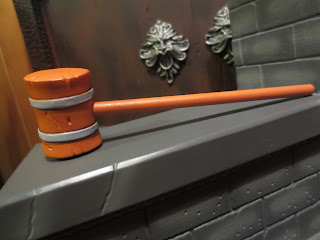 * I'm always a fan of Harley coming with a mallet, so I can say that I'm quite pleased. We got a mallet! It's not just a decent mallet but it actually matches Cooke's art style. The edges of the metal bands even have dark lines to look like Cooke's heavy line work. The mallet is also quite light, which helps for keeping it in a wider variety of poses. 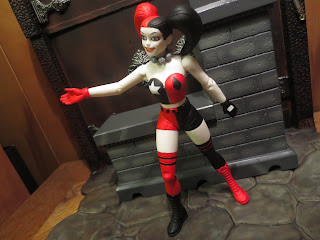 * Like Catwoman, Harley's articulation is definitely very basic for this scale. While DC Collectibles has largely been upping their articulation over the past few years on many lines, the Designer Series has been hit or miss. I get that they've chosen to elevate the sculpt as the most significant element of the figure, but would things like ball jointed ankles and wrists, or some form of bicep movement have been completely unacceptable? Or a somewhat more dynamic pose? 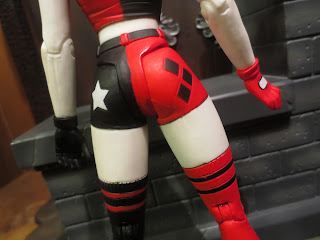 * I love Harley's white skin here but the separations between some of her body and her clothes isn't as neat and clean as I'd like it to be. Considering that these are really designed as display pieces, the visual appeal and paint quality should be pretty high. I don't think anyone but the biggest sticklers will be disappointed by this, but it's definitely a flaw. 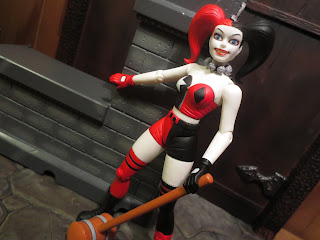 I really do like these Darwyn Cook styled figures. While I would rather see either enhanced articulation or, if DC wants to keep these minimally articulated, better poses with cool based, what you're getting isn't bad, although they definitely feel like older DC Direct figures (with better quality control and durability). Harley's a Good and a 1/2 figure and while she's not the most exciting Harley Quinn figure released this year, she definitely stands out thanks to the figure's unique art style.