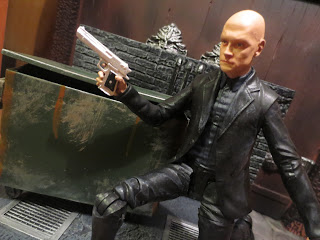 Series 3 of Diamond Select's Gotham line has been pretty interesting for dedicated Batman fans as we've received some rather interesting characters in plastic form whom we've never received before or whom we haven't seen very often. Victor Zsasz is definitely a figure that we haven't seen often. In fact, the only other figure that I know of was from DC Direct's Arkham Asylum line. While I think it's safe to classify Zsasz as a C-list Batman villain (which is still higher than the main villains of most other superheroes), the dude definitely does seem to slowly be gaining some traction. Having only ever seen the first few episodes of Gotham (I really do want to start watching it) I picked up this series of figures due to the interesting character choices and the incredible diorama elements included in the set. Not only do you get a Victor Zsasz figure here but you also get an alley diorama and a dumpster. Pretty cool, right? Let's take a closer look at this figure after the break... 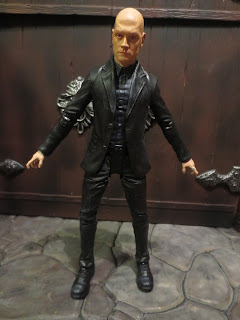 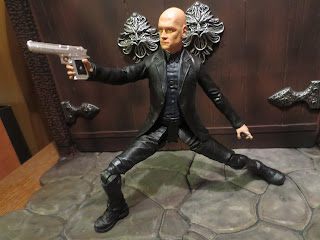 * Overall, Diamond has crafted a pretty nice figure. The quality feels solid and the articulation is good. The H-hinge hips are a bit unsightly, but overall there's an excellent range of motion and Zsasz can take a variety of poses that look great when paired with his dual pistols. 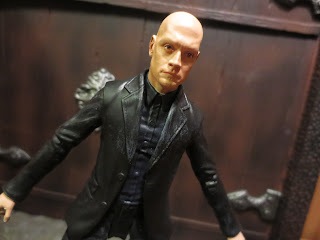 * This figure of Zsasz bears pretty good likeness of actor Anthony Carrigan. Honestly, it's one of the best likenesses I've seen in this series and the paint complements the sculpt really well. Zsasz is outfitted pretty plainly with just a black suit and a dark shirt, but it looks good. There's actually a bit of dry brushing on the suit to give it a bit more depth. 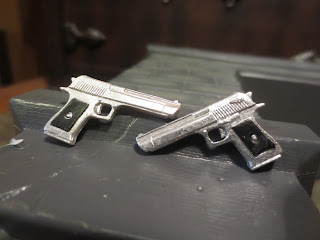 * Victor Zsasz comes armed with two very nice 50 caliber pistols. While it's odd that he doesn't have a knife (since, you know, that's kind of his thing), this might be more show accurate. They're solid accessories, though. 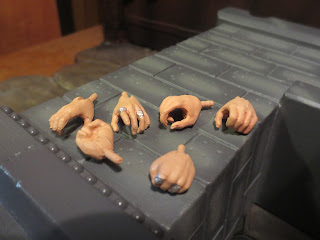 * Zsasz comes with three sets of hands: A pair of open hands, a pair of tight grips, and a pair of fists. They swap out easily and definitely give you some variety in posing him. I'm digging the rings on his left hand. 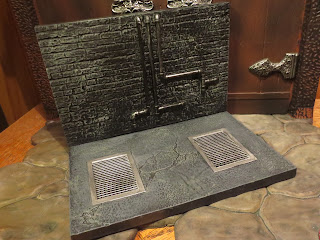 * The real stars of these sets have been the cool accessories that function as dioramas. Mr. Zsasz comes with the lower part of an alleyway wall and the pavement near it. There are some great sewer grates here as well as some piping along the walls. The paintwork is really strong here, as is the detail. This really is a great diorama piece. 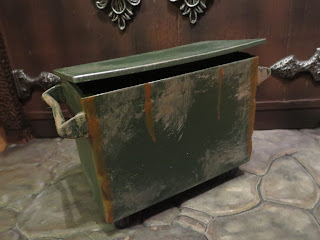 * Even cooler is this dumpster! Yes, a dumpster! Nothing moves on it (no rolling wheels or opening lid) but the paint work is pretty good. This is a great accessory for crafting a Gotham City diorama and I have the feeling some folks will be trying to track a few of these down for their displays. It was originally supposed to come with Harvey Bullock but was pulled for some reason. 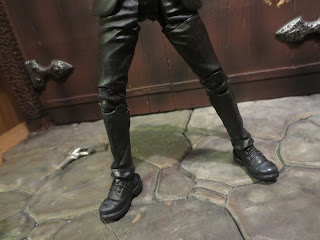 *It's tough to tell from this picture but there is something very odd about Zsasz's lower legs. They're just shaped weirdly, particularly when he's in a normal, straight up stance. When you pose him a bit he looks fine, but standing normal he looks kind of odd. 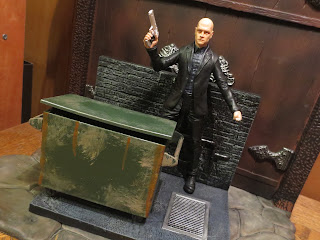 * So... put all of these together, though, and you'll notice that Zsasz looks really big compared to the dumpster and the wall. At a glance this might be OK, but while the series one Selina Kyle and Jim Gordon had two alley pieces that connected this set does not have a counterpart. The dumpster looks more sized for a 1/18th scale figure. It's still cool, just odd. 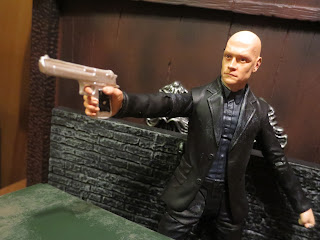 Judging him just by the figure itself, I think Zsaz is the strongest figure in series 3. He is a bit plain, though: If you hadn't told me this was Mr. Zsaz, I don't think I could have guessed it was even if I knew it was a Batman villain. The diorama accessories are pretty cool, though, even if they're a bit undersized. This is a Great set, although I do wish that the accessories were a bit larger. It's pretty interesting that this is only the second Mr. Zsasz figure to be released, so consider picking him up if you don't have one in your collection.

This is the first action figure of Victor Zsasz I've reviewed, although I do own the DC Direct Arkham Asylum figure of the character. I have reviewed a few other Gotham figures from Diamond Select on the site though, including: