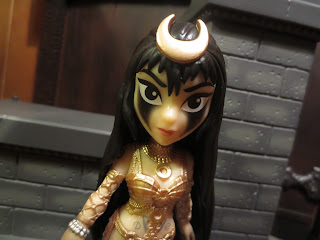 Today I'm looking at the only toy I sought out on Black Friday 2016: The Funko Rock Candy Enchantress from the movie Suicide Squad. Enchantress was part of the 2016 GameStop exclusive Funko Mystery Box and was included alongside one of seven different POP! vinyls and two blind bagged Five Nights at Freddy's Pint Sized Heroes. To be honest, the only thing I was at all interested in was Enchantress so I went ahead and picked up the box. While the Enchantress centered plot was a weaker part of the film, the character design and the way Cara Delevingne portrayed the character was incredible. There has been quite a lack of Enchantress merchandise so I was pretty glad to see Enchantress released in a format other than just as a POP! vinyl. Every mystery box includes Enchantress, so she shouldn't be too difficult to find if you're looking for her. More details on this Rock Candy exclusive after the break... 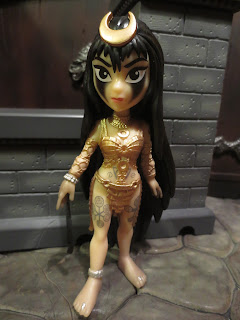 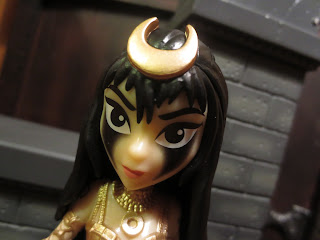 * I've reviewed a couple of Rock Candy statues before, so I knew what to expect: A somewhat stylized figure that falls somewhere in between a POP! vinyl and a Vinyl Vixen. I like the look of the Enchantress. She's still cute, but she does have a slightly creepy look to her to pay tribute to her frightening film appearance. I like the moon shaped crest on her head and the heavy paint on her eyes. 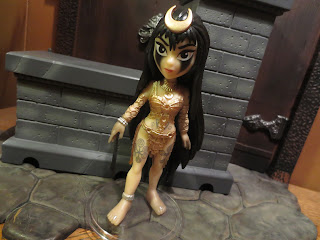 * Overall, I really like the style of these. The proportions are good and Enchantress has a nice pose without being overly dynamic, thus they look great as a group on the shelf. 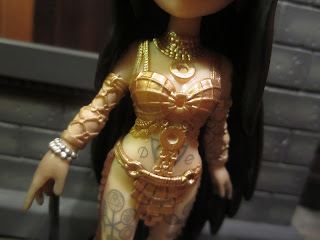 * Enchantress' costume in the film was fantastic and, for a stylized vinyl figure, Funko has done an incredible job of replicating it. While the paint colors used are more limited, the paintwork itself is crisp and clean. I love the detail on the sculpt of the various pieces of the costume. Lots of unique textures and small details. 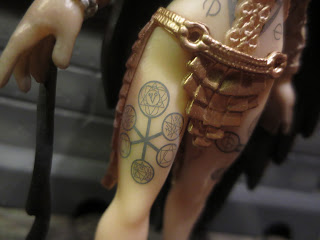 * The various occult tattoos on her legs and stomach are incredible. The level of detail here is perfect and the printing looks nice and clean. They also look slightly fated, more like a real tattoo than just a painted on detail. 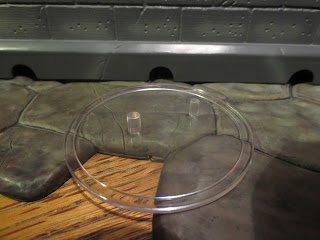 * The Enchantress comes with a simple clear plastic stand to help keep her on display. It's nothing fancy but it plugs into her feet securely and keeps her from tipping over. Not much more you can ask for in something like this, am I right? 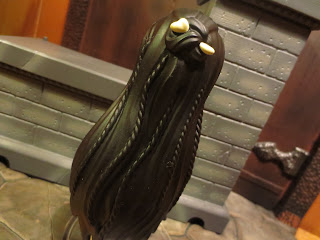 * The sculpt on Enchantress' hair looks good but it also looks a bit flat due to a lack of paint. I really wish there was a bit of paint detail here to help things stand out a bit more. 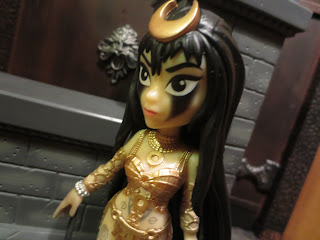 As a fan of the Enchantress' appearance in Suicide Squad and someone who appreciates the Rock Candy style, I absolutely think this was a cool exclusive item. It looks cool, it's a unique character (rather than just a repaint), and I had absolutely no trouble finding it. Honestly, you can buy her for pretty cheap (I'm seeing Ebay listings for under $8 bucks) so lots of people must not be digging her. I am, though, and she's a Great little pickup for a Sucide Squad fan.

I haven't reviewed any other Enchantress figures or statues on this site (not sure I own any others) but I have reviewed a couple of other Rock Candy statues from Funko: