Action Figure Review: Shock from The Nightmare Before Christmas ReAction by Funko 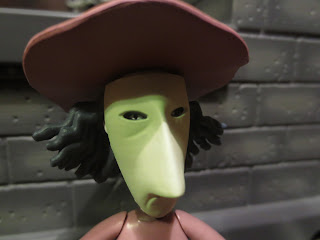 Series 2 of Funko's The Nightmare Before Christmas ReAction line has been incredible. While Funko is handing the reigns of the line over to Super7 (who have handled most of the design and sculpting, I believe), I'm hoping we see a third series of these come down the pike sooner rather than later. As someone who loves the film and collected the original 1993 toyline back when it was released, I have a lot of nostalgia for this line and I at least need one more series to include Lock (so we can have Lock, Shock, and Barrel), Dr. Finkelstein, Santa Claus, to complete Hasbro's vintage efforts and a few more Halloween Town denizens to round things out. It's cool that we have one more of Halloween Town's favorite Trick 'r Treaters with Shock, and now we have someone to keep series 1's Barrel company. Let's take a closer look at Shock after the break... 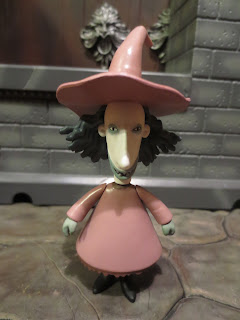 Accessories: Mask, cat in the box, and slingshot.

Non-Scalper Price: $10 dollars (although I picked these up at various Toys R Us sales for about $7.50 a pop. 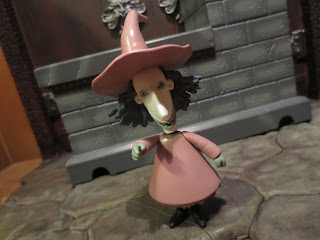 * While the ReAction line typically casts figures in a similar style to Kenner's vintage Star Wars figures, with the NBX line these figures all feel very unique and uninhibited by a design mandate. I like Shock's balljointed head (yes, that's how it seems to function) and angled arms. The head is a bit loose, but it pops on easily enough. 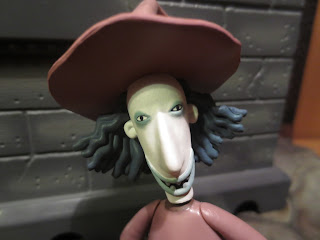 * This is a great portrait for Shock! Her hair looks suitably wild, her complexion is nice and pale, and she has a very sinister grin. The hat looks fantastic on her head, too. I cannot wait for a Lock to be released so I can bring this trio together, although I imagine that Shock will continue to be the most terrifying! She just seems far more devious than her cohorts. 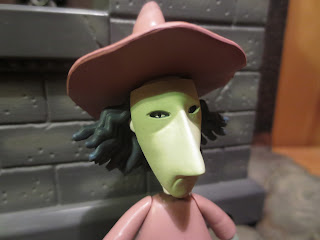 * Like Barrel, Shock comes with her distinctive witch mask that looks almost exactly like her real face. She kind of reminds me of Lucy from It's the Great Pumpkin, Charlie Brown! The mask fits on perfectly, the eyes line up exact with the eye holes, and the color looks spot on. 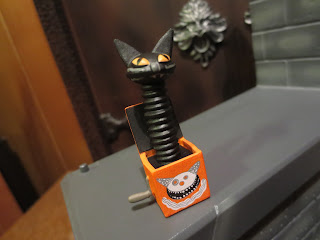 * The crazy toys in The Nightmare Before Christmas are some of my favorite designs for anything ever. While series 1 gave us the scary teddy, series 2 has given us the Cat in a Box. This is just a beautiful recreation of that prop and I love it immensely! Now I want the duck with bullet holes! 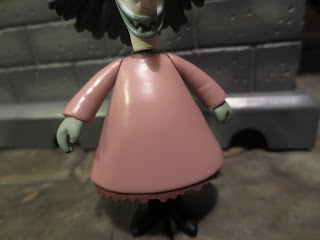 * While it matches the onscreen design of the character, there's something that looks just a bit off about the figure's dress. It looks a bit too plain. Even a bit of simple texture here would have been nice. I do like the work on the frayed hem, though. 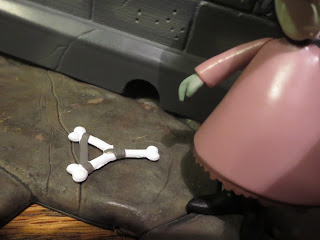 * I love the bone slingshot, and it's a fantastic little accessory. What I dislike is that Shock cannot hold it. Her hands are just too tiny! That's always a poor design when a figure can't hold their included accessory! 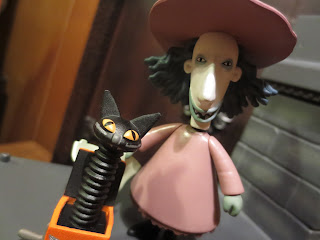 Shock is another Good and a 1/2 entry in this line. While I really wish that we would have received all three members of the trio at once (with their bathtub) it's nice to add another member of the Nightmare Before Christmas crew to the shelf. I think series 2 of this line was fantastic and I really hope Super7 keeps things going now that they're running the ReAction brand. If they continue the outstanding work we've seen here, hopefully another series or two will be possible.


I haven't reviewed any other action figures of Shock on here, but I have reviewed a few of the Nightmare Before Christmas ReAction figures: