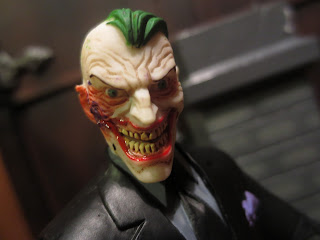 It's time for another Joker review! This time I'm looking at The Joker from DC Collectible's Geg Capullo inspired DC Comics Designer Series. Capturing Joker as he appeared in the climactic storyline of Batman: Endgame, DC Collectibles has released a figure that Mattel released earlier this year in the first series of their 6 inch DC Comic Multiverse line! Who did the better job, though? Let's find out after the break... 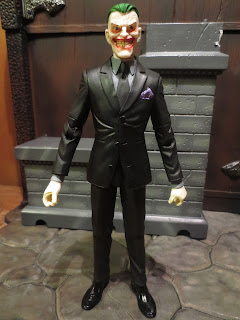 Accessories: Two interchangeable portraits, an axe, and a pistol. 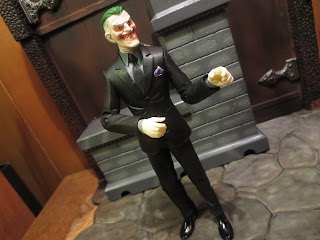 * I just reviewed a couple of the Darwyn Cooke Designer Series figures and complained that their articulation was too limited, yet I'm praising the similarly articulated Joker here; what's he got that Harley and Catwoman didn't? How about ankle articulation, ball jointed wrists, and a bicep swivel. Yeah, the addition of those few small joints allow for some actual posing while still keeping the flow of the sculpt as the focus of the figure. 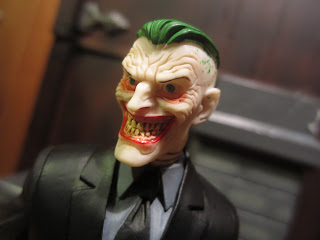 * Ok, I'll just let you admiire this incredible headsculpt for a minute. Crazy and creepy, right? I love the teeth, the sunken eyes, and the high and tight hairdo. It kind of reminds me of Travis Bickle from Taxi Driver. This is incredible work. 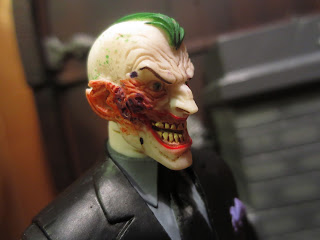 * Yikes! Not only do we get a second interchangeable headsculpt, but it's even more wonderfully hideous than the first! I love it! This is 100% pure nightmare fuel right here, folks. 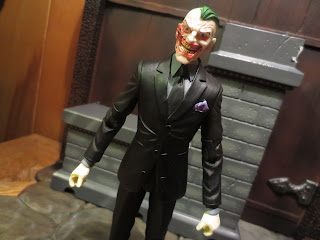 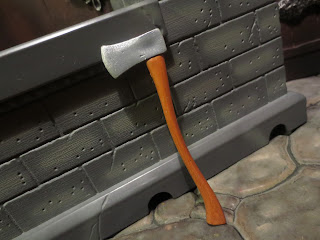 * The Joker includes the axe with which he did some terrible, terrible things in the Endgame storyline. It's a great accessory with a nice metallic looking head and a solid sculpt. 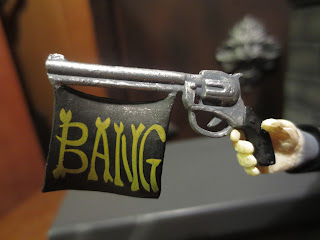 * The Joker's second accessory is a revolver with a "Bang" flag attached to the barrel. Again, this is another excellently sculpted accessory with some really nice paintwork. It fits nicely in the Joker's right hand. 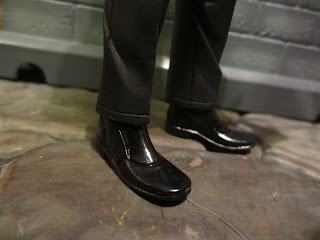 
* My only real complaint with this figure is that the right ankle feels a bit loose. Occasionally my figure tends to fall forward. A little finagling the joint seems to help things, but just be careful. 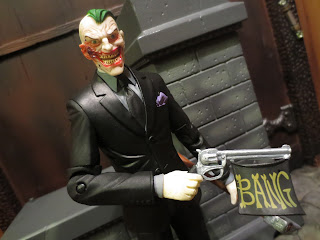 This is an excellent figure and quite possibly the best Joker figure released this year. I still really like Mattel's version, as it has better articulation, but this guy just looks better on the shelf. The figure itself is nice but the quality of the two headsculpts and the excellent accessories sends this one to the top. This guy gets a Great and a 1/2 rating from me. If you buy one Joker figure this year for your collection, I think this is the one to go for. He's just so darn creepy and menacing and Greg Capullo's art style is nicely captured here.

For more figures from the DC Comics Designer Series, check out the following reviews: