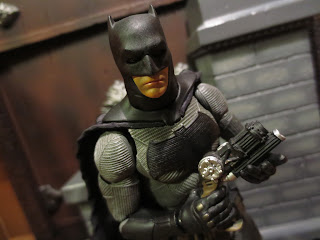 It's time for the next figure on my 2016 Christmas Haul: Batman from Medicom's MAFEX Batman v. Superman series. Regardless of what you think about the film (I'm a much bigger fan of the Ultimate Cut versus the standard movie) I think it's pretty generally accepted that Ben Affleck's Batsuit looked incredible. As someone who reveres both the Burton and Nolan films (and who has willfully forgotten as much as possible about any Batman movies made by Joel Schumacher), I still gotta say that Affleck is Batman when he puts that suit on. I'm pretty much game for anything based on a costume from this film and I wanted to add the MAFEX figures to my collection. They're true plastic action figures, more like higher end versions of what Mattel and Hasbro offer, rather than Mezco's offerings, which are more like smaller Hot Toys. I plan on getting the One:12 Collective version of this suit, but I feel like this one is different enough in it's execution to add to the collection. Let's take a closer look at another Christmas goodie after the break... 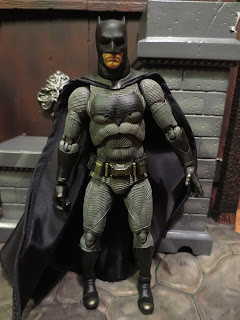 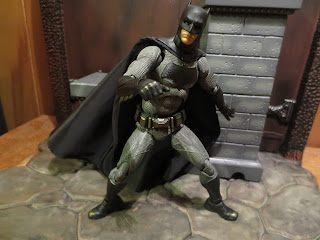 * I own a few MAFEX figures already, but this guy seems to have better quality control than previous releases. I fortunately haven't had any prior breakages on my figures, and this guy feels even sturdier. Don't be surprised if the joints pop apart on your figure a bit (sometimes they'll do that if too much pressure is applied) as they pop right back on. This is a really fun figure to pose and repose on your desk or shelf. Or heck, throw him on your coffee table if you don't have kids or a curious dog. I do, so mine's staying on a shelf. 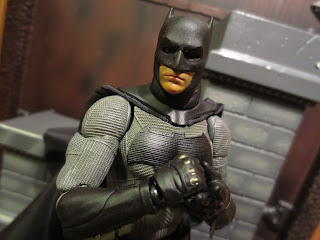 * There's a lot of subtlety in the joints of MAFEX figures that allow for some very good expressive poses. Maybe not as smooth as an S.H. Figuarts figure, but darn close. Little things such as the shoulders not just having a true ball joint sunk into the torso and a swivel/hinge at the shoulder and double ball joints on the hips give a greater range to the poses the figure can take. 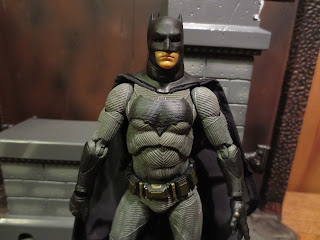 * First of all, let's just agree that the suit looks awesome. Medicom nailed the look of the BvS Batsuit perfectly. The colors are right, the proportions look good, and the figure doesn't look overly "plasticy" due to the mixture of darker paint colors present. 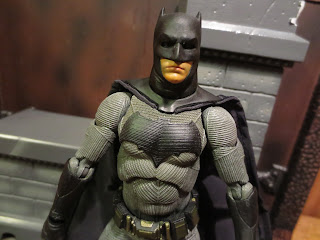 * Looking a bit closer, you can admire the paintwork and texture on the costume. This is just a darn fine looking figure that captures the incredible costuming of the film. 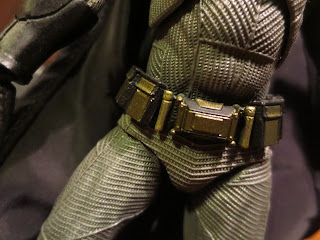 * Bats' utility belt is excellent. The sculpt is darn near perfect and the paint work really captures a somewhat gritty, used look. Also, take a closer look at the texturing on the suit. Medicom did an exceptional job in sculpting this outfit. 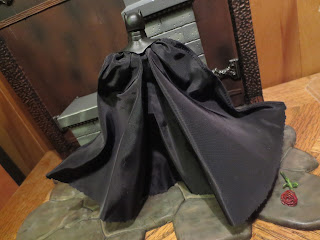 * I wasn't sure what to think of Bruce's cape at first, but I think I like it after playing around with it a bit. It's not made from plastic or cloth: It's kind of a vinyl like material. It actually looks good on display while folding and bunching quite nicely due to the thin wires integrated into the sides of the cape. 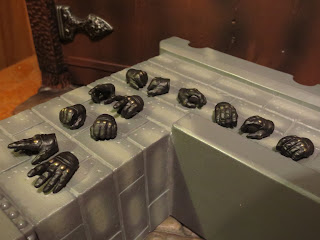 * Oh my gosh! Batman includes 6 pairs of hands! That's a lot of potential combinations. There is a pair of open palms, a pair of fists, a pair of hands for holding the batarang, a pair of fingers that look splayed for doing the Batusi, a pair of standard grips, and a pair of trigger grips. 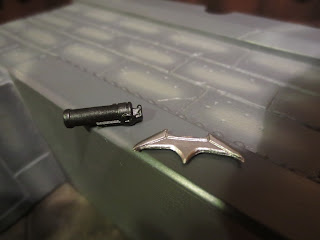 * Batman includes two smaller accessories for tossing at the bad guys:  A stun grenade and a batarang. The sculpts are nice although neither feature any extra paintwork. Batman can easily hold these with the various included hands, so they're not just little extras; they can actually function in your display. 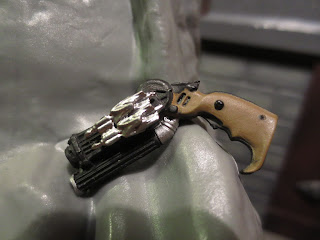 * Batman's Grapnel Blaster looks incredible. It seems incredibly film accurate, features a great paintjob for such a small accessory, and fits securely into the Dark Knight's hands. I love the presence of the two darts on the side, too. My One:12 Collective Batman from BvS hasn't arrived yet but, as of this review, this is the coolest grapnel blaster I've seen in this scale. 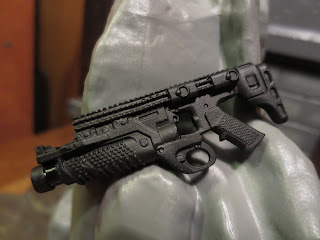 * Batman also comes armed with his grenade launcher. It's a really nice accessory, although not nearly as elaborate as Mezco's version of the weapon. It's mostly cast in matte black although the barrel does seem to be a bit glossy. 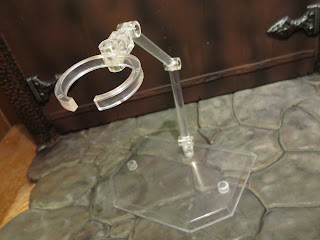 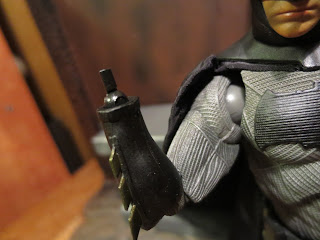 * Switching the hands out on the figure can be a bit of a chore. The post is attached to the wrist (and not to the hands) and tends to move around a bit due to the hinge joint. I'm a bit concerned that the post could eventually snap, although it seems fine for now. I'd love to have either had some extra posts included for piece of mind or for the pegs to be on the hands. 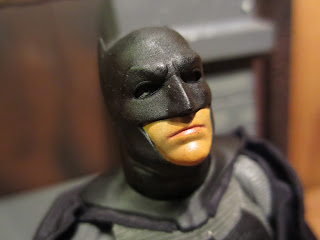 * The headsculpt is pretty good (MAFEX doesn't always go for actor likeness on their figures) but the paintwork on the face is kind of sloppy. For a mass market release this would be a bit more acceptable, but this guy is a pretty premium figure and deserves a bit better. 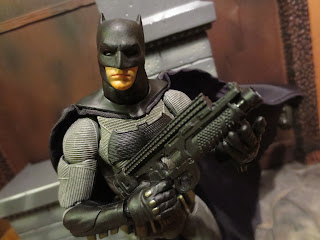 I have to say that I'm really, really pleased with this figure. This is an incredible Batman figure with some of the best articulation around. He's got really cool accessories, a dozen interchangeable hands, and a solid display stand. There are definitely a few problems, but none that would make me not recommend this figure to someone. This is a pretty Epic figure and, quite possibly, the best Batman figure of the year. If you like this look (and, let's be honest, who doesn't other than the haters?), this is definitely one to consider. 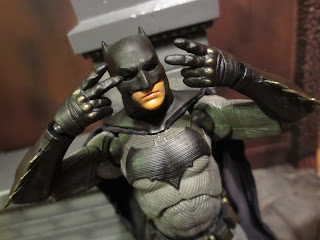 I've reviewed so many Batman figures that I've given him his own review index. Check them all out! 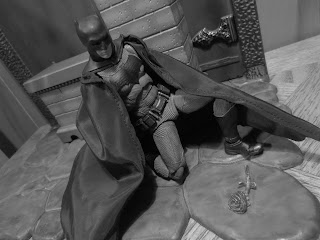 If you're interested in some other MAFEX releases featuring DC properties, check out the following: