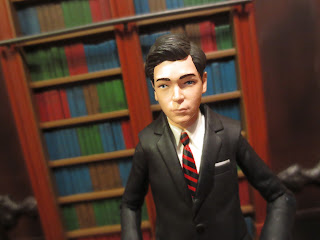 There haven't been that many true Bruce Wayne figures released over the years and there certainly haven't been any action figures of young Bruce Wayne that I can remember, so Diamond Select Toys has kind of hit a milestone with this release from their Gotham line. Based on David Mazouz's portrayal of Bruce Wayne in Gotham, this is a pretty cool figure that I doubt we would have ever received in any other Batman themed toyline. Fortunately, Gotham's focus on a younger Bruce Wayne made this one a shoe-in for the line although I'm surprised it took Diamond Select until series three to release this one. Like Barbara Kean, who I reviewed a day or so ago, Bruce also comes with an awesome diorama piece that really adds a lot of value here. Let's take a closer look at the youngest Batman figure we've ever received after the break... 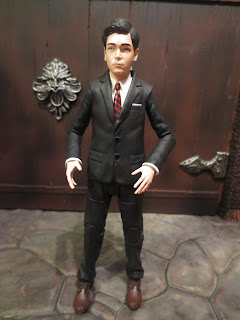 Accessories: 2 pairs of interchangeable hands and a bookshelf. 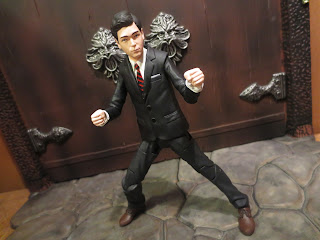 * Bruce has some excellent articulation. Despite being just a kid in a suit, Diamond gave him plenty of articulation. I've only seen the first few episodes of Gotham, so I don't know if Bruce is out beating up criminals yet, but he has the articulation to do that on your shelf if you so desire. 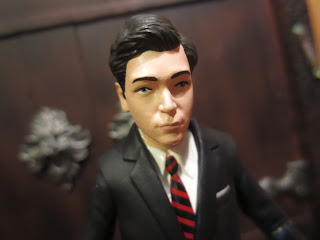 * This is a pretty decent likeness of actor David Mazouz. It's not photorealistic, but it does fit in with the rest of the figures in the series. It should also fit in nicely with a number of other Batman lines, so you could use this young Bruce Wayne with whatever display you wanted. 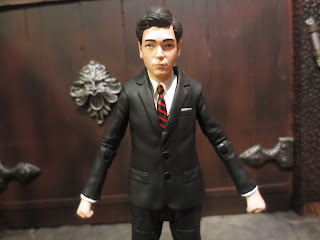 * Diamond did a good job of making this figure actually look like a young teenager versus making it look like just a smaller adult. The build seems appropriate and the height is good (he's about a head or so shorter than your average figure in the line). The paintwork, while basic, definitely adds to the look. Bruce is pretty neat and clean, so you can tell that Alfred probably helped him get dressed. 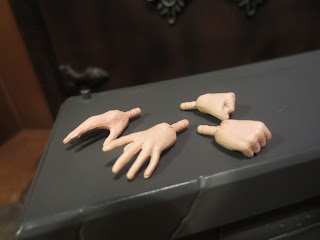 * Bruce comes with two pairs of hands: Open palms and fists. They swap out easily and offer a bit of variety in displaying the figure, so that's definitely a plus. 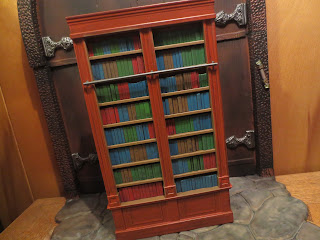 * Again, while Bruce is a a pretty cool character to have, the really impressive part of the set is this bookcase. It stands just a bit shy of 9 inches tall and is just a cool accessory to have around. Don't be surprised if you see this showing up as a background piece in other reviews down the line. Remember that Toys 'R Us offers cheaper version of the Gotham figures without the diorama pieces, but why wouldn't you want this bookshelf? 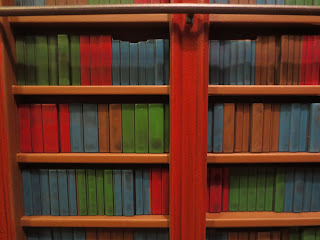 * Take a closer look and you can see that each book is sculpted to look like an individual volume. There's also some really good paintwork that helps to add some depth to the books. This is just a really cool piece that I bet you'll be seeing in lots of action figure pictures for years to come. 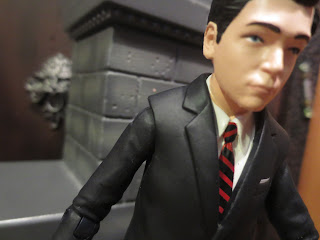 * The only real weakness on this figure is the place where the jacket and the sleeves meet. They don't quite match up and things end up looking a bit odd. 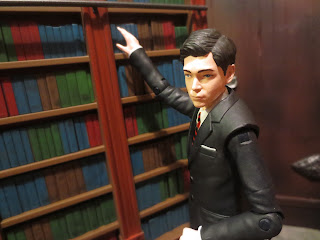 As a Batman fan, I'm pretty pumped to get a figure of young Bruce Wayne. There's just something really cool about that. Of course, I'm not going to pretend that this is the most exciting action figure released. That's why the bookshelf accessory is so vital. Finding background pieces for action figures isn't easy and I can easily see some folks buying these up just to get at the bookshelf. This is a Great and a 1/2 set with a solid figure and an incredible accessory. It's worth picking up as a Batman variant we've never seen before and for offering a great diorama piece for your collection.

The only other Gotham figure I've reviewed has been Harvey Bullock, so check that one out, too!
Posted by Barbecue17 at 12/20/2016