Minifigure Review: Pack A from M.U.S.C.L.E. Alien by Super7 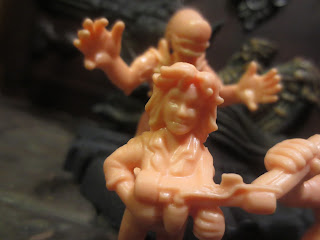 One of my favorite toylines as a kid that was never, ever in danger of being purged from my collection was M.U.S.C.L.E. There was something so insanely cool about those little, inexpensive guys that I've always been charmed by them. While nothing compares to the originals, it's a pretty darn good time to be a fan of those classic little rubber guys as many smaller companies have been making homage figures to that line while Super7 has managed to get the license to the original M.U.S.C.L.E. name and logo from Mattel. While they're not releasing any figures based on the classic M.U.S.C.L.E. characters (since those were based on a Japanese property, Kinnikuman), Super7 has released M.U.S.C.L.E. figures based on Masters of the Universe and, now, Alien. Today I'm looking at Pack A from the new Alien themed series which includes the titular alien, Ripley (played by Sigourney Weaver), and Ash (played by Ian Holm). Let's take a look and see how these little guys fare, shall we? 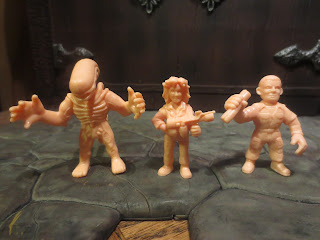 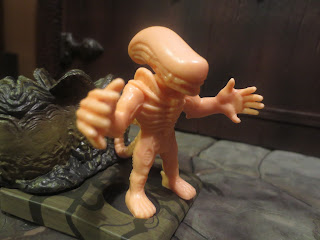 * There are two different variations of the Alien in this series and Pack A includes the standard, vanilla version (the second version has the little mouth extended). While I'm not sold on Super7's softer sculpting on most of the human characters, the xenomorph is pretty sharp. The sculpted detail looks great and the proportions, while exaggerated to fit the M.U.S.C.L.E. aesthetic, look good. The presence of the whip-like tail and the various spikes and protrusions on the creature's back absolutely seal the deal on this figure: It's a very high quality minifigure. 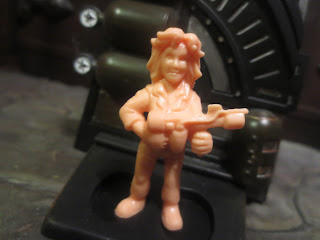 * The presence of Ripley in this set is probably what will make this one a big seller, as she's the star of the show. Interestingly, Ripley looks rather different than the other figures; she has a decidedly less M.U.S.C.L.E. feel with more normal proportions. Still, I like her, although the decision to give most of the humans hollow looking eyes is a bit weird. The flamethrower is a huge plus, though. This figure really gets me anticipating some minifigures from Aliens, too. That's a line that could produce at least double the figures seen in this one. 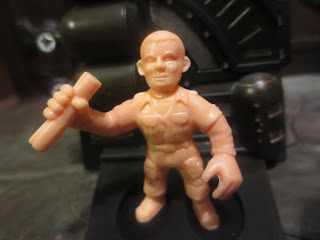 * The third figure in the set is Ash, the Nostromo's science officer who turns out to be both an android and the film's secondary villain. Ash definitely has the exaggerated features and the M.U.S.C.L.E.ish proportions, which works for the line, but he also has the weird soulless eyes that everyone else has. The minifigure actually bears a decent likeness to actor Ian Holm, although I'm not sure why Super7 went with these odd looking eyes for the human characters? 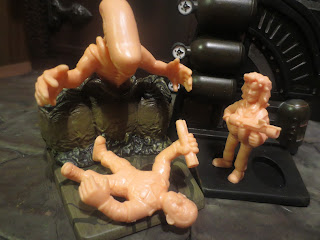 Being a fan of Alien, these little guys already appeal to me. Being a fan of M.U.S.C.L.E., too, I'm definitely the target demographic for these. I will admit that the sculpting on Ash seems a bit soft, and I'm not wild about the blank eyes, but overall this is still a really solid set. The Alien is incredible, Ripley is darn good, and Ash is still OK. Considering that these little figures are $2 each, that's a steal compared to what many of these minis can go for. This is a Great set and probably the go to set for folks who only want one pack. I don't know who would only want one pack, but character wise, this is the one to get.