Road to the Last Jedi: First Order Stormtrooper (with Gear) from Star Wars: The Black Series Phase III by Hasbro 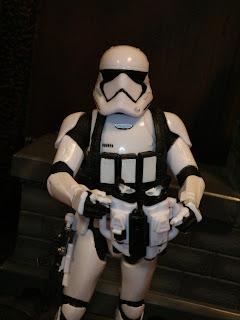 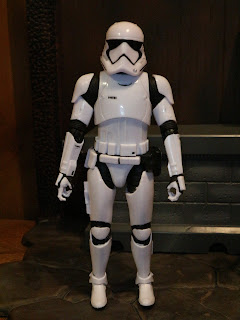 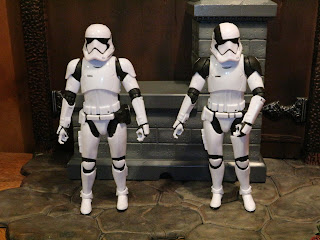 * Rather than using the standard First Order Stormtrooper figure from 2015, this figure uses the First Order Stormtrooper Executioner minus the black shoulder pads and paint stripe on the helmet. While the body is nearly identical to the standard 2015 trooper release the executioner helmet is a bit different and the shoulders were improved to allow for better movement. The elbow movement is still quite weak, however. 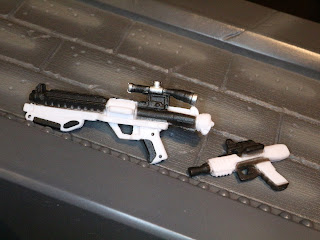 * Whether you want just a standard Stormtrooper or one of the specialized troops, these basic weapons are a necessity. The Sonn-Blas F-11D rifle and Sonn-Blas SE-44C pistol feature some nice paint applications and can still plug into the storage slot on the Stormtrooper's right leg. It would have been nice if Hasbro included the version of the F-11D rifle with the extended stock (as it's shown in the packaging art). 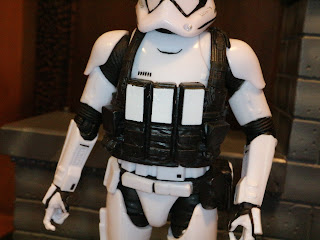 * My absolute favorite accessory is the web gear. It easily (very easily, actually) fits on the trooper's torso and it looks fantastic. This is such a cool look for a Stormtrooper and it allows you to replicate the look of both the Heavy Gunner and some of the Stormtroopers running around on Jakku in the film. 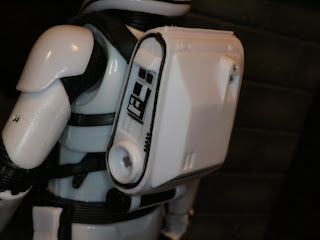 * The personal environment unit/ backpack is similar to the packs that were included with the First Order Snowtroopers but this one attaches to to a plug on the web gear rather than plugging into the figure's back itself. 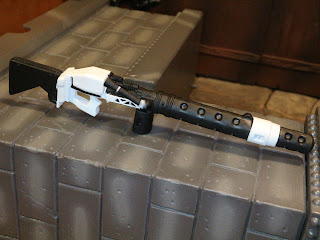 * The megablaster, also know as the Sonn-Blas FWMB-10, is a massive rifle. Seriously, this thing is a beast and looks really cool. There's a lever of some sort on the body that it articulated as well. Kind of cool. I will admit that it's quite difficult for the figure to hold though. The stand is a necessity. Speaking of which... 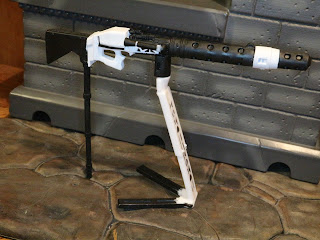 * Here's the megablaster with it's stand attached! The stand is not articulated like some other versions of the megablaster (pretty sure the S.H. Figuarts version is) but this figure also doesn't cost $95 bucks, does it? I'm personally pretty jazzed to finally have this trooper variant on my shelf. 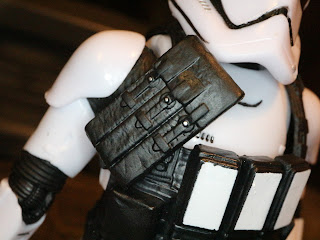 * This small pouch is included as well. It simply clips on to one of the web gear straps and looks very similar to the pouches that the Imperial Sandtroopers sported. I cannot identify the source of this pouch from the film, so if you know please clue me in! 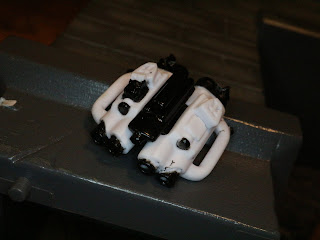 * The quadnoculars are part of the "Jakku" Stormtrooper's gear (those guys really don't have an official designation that I'm aware of). The paint's a bit messy but the sculpt is superb. Also, the quadnoculars are actually hinged! They have two hinges so that they can fold up in the middle. Due to his limited elbow articulation the Stormtrooper has a tough time holding them properly but they're still a very cool extra. 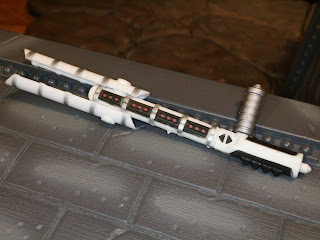 *  To create a Riot Trooper, the set includes a Z6 riot control baton.  This version of the Z6 is much better than the one that came with the Riot Control Stormtrooper in 2015: Not only is the paint and sculpt better but the front two contact conductor vanes actually swivel out, meaning this accessory can be placed into "active" mode. I just wish it had some energy effects like the Executioner Stormtrooper's weapon. 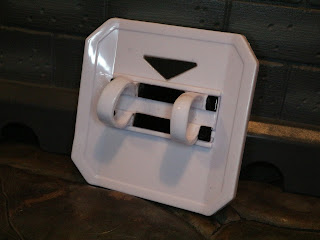 * The paintwork on this riot shield is better than the one that came with the 2-pack version of the Riot Control Trooper but the wrist loops are still problematic. There is still no sane way to get this on the figure; you'll either have to use heat to remove the hand from the peg or use brute force to yank it over his hand and arm. 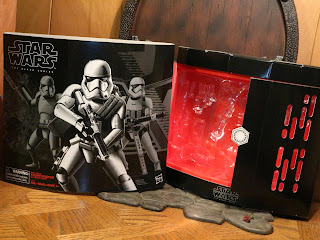 * I don't usually point out packaging much but I will here as the box is somewhat reusable and collector friendly. The front shows three different Stormtroopers (the Riot Trooper, the "Jakku" Stormtrooper, and the Heavy Gunner Stormtrooper) on a removable slipcover. Remove the slipcover and you get a box with opening flaps, held in place by Velcro, that reveal a plastic tray that all of the accessories and the figure fit into for storage. 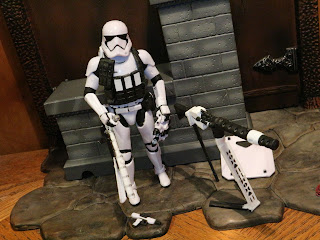 This is really a pretty cool set. While you're only getting one figure, you're essentially getting a basic trooper, a "Jakku" Stormtrooper, a Heavy Gunner Stormtrooper, and a Riot Trooper. While you're paying $15 more than a regular figure, you're getting a ton of variant looks here. This is a Great Stormtrooper and could possibly remove the need to purchase a number of previously released figures for newer collectors. Plus, we finally get the Heavy Gunner Stormtrooper who has been on my most wanted list since 2015. Validation!


Looking for more Star Wars: The Black Series action figure reviews? Then check out the following: