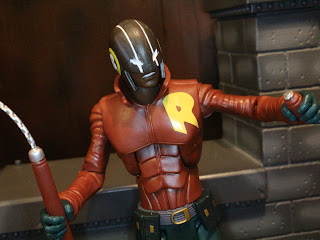 First appearing in issue #21 of Scott Snyder and Greg Capullo's Batman in 2013, Duke Thomas has had a pretty crazy road to becoming a member of the Bat-family. He considered challenging the Riddler during Zero Year, rescued Bruce Wayne during Hurricane Rene, was kidnapped by the Joker during Endgame, had his parents turned into mindless maniacs by the Joker's toxins, got placed in foster care, ran into some legal troubles do to getting in fights, joined the Robins, began training with Batman, and eventually became the Signal. While hopefully Mattel will eventually release Duke Thomas as the Signal, today we're checking out Duke in his red leather jacket outfit from We Are Robin. Let's check out this nicely modern figure after the break... 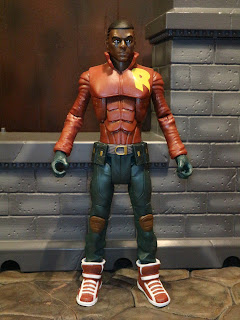 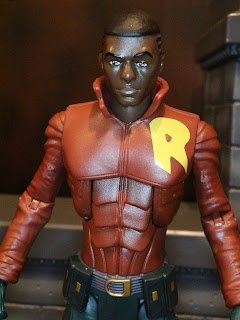 * I really like the look of this figure! Not only is it a cool looking action figure but it even seems to capture the art style of We Are Robin in a way that still ensures the figure fits in with the rest of the Multiverse line. The detail on Duke's red leather jacket is great and the proportions are spot on. I like that Duke is actually fairly short here (just shy of 6 inches), making him appear more like a teenager than the other heroes in the line. 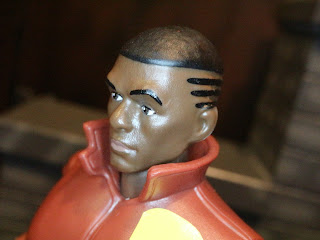 * The headsculpt bears a nice resemblance to Duke and his unique hairstyle is captured nicely. The paintwork isn't too bad, either. If you're familiar with the character from the comics then this headsculpt should be quite recognizable. 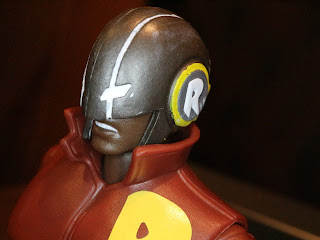 * Duke also comes with a helmeted headsculpt that captures one of the looks he sometimes sported as part of the We Are Robin movement. This is another excellent portrait and features some nice paintwork. The helmet is nicely distinct from the facial features, making this actually look and feel like someone wearing a helmet. 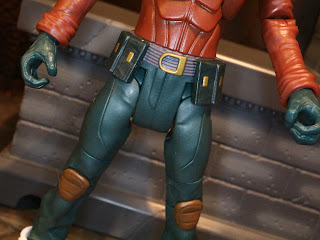 * Duke's pants are very cool. I love the design and color of them. Of course, he's also go some knee pads and a but of a utility belt going on. The sculpt is just aces here. 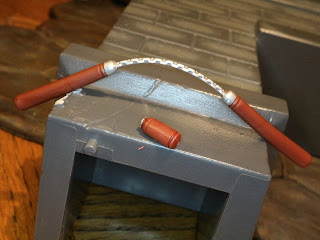 * Duke in includes two accessories: A pair of nunchaku and a canister of some sort. Probably a gas canister. I can't place it exactly but it's fitting for a vigilante. Both accessories feature some paint applications to help give them some extra depth. 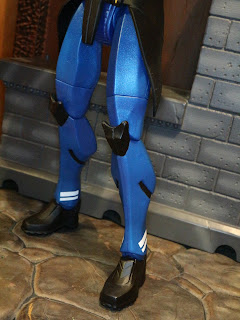 * Duke includes the left leg for the Rookie. I'll review this guy fully in a couple of days but, for now, let's just say he looks pretty cool. 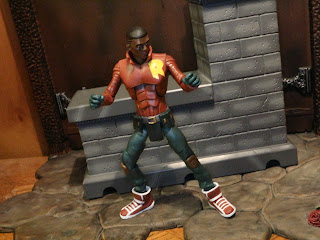 * Duke's articulation is just OK. When he was first shown at Toy Fair the articulation looked to be greatly improved. Instead, Duke seems to actually be missing some joints other figures have such as bicep or elbow swivels. His ankles, while apparently hinge joints, are so far down in his shows that they're useless. He's a good quality figure, but the articulation is lacking. 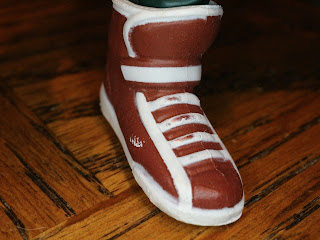 * I love Duke's puffy, oversized sneakers. I don't like the paint slop on his right sneaker, though. 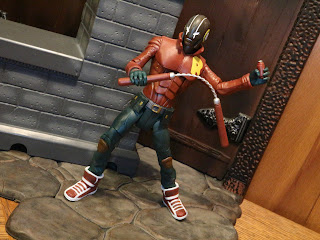 Duke Thomas is a Good and a 1/2 figure. Mattel gets so many things right here such as a great dedicated, unique sculpt and some very unique and appropriate accessories. Unfortunately, they still can't seem to execute a useful articulation scheme for their figures. Duke is definitely a figure that I can't imagine most Batman and DC Comics collectors will be able to resist (as we may not see the character in toy form again for awhile) but he could have been better. Still, he's not bad and should fill a nice spot in your Bat-family collection.

This is the first Duke Thomas figure I've reviewed but not the first Robin. I've also looked at  the Lego Arkham Asylum Breakout which includes a Tim Drake Robin, the Multiverse Damian Wayne Robin, the DKR Carrie Kelly Robin, and the Nano Metalfigs Robin that comes with the Batcave playset.

If you're looking for more Multiverse reviews, check out the following: