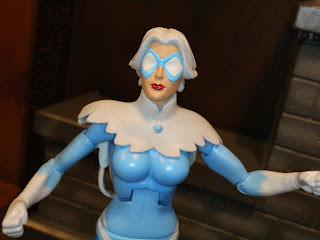 While DC Universe Classics really didn't die (it basically morphed into multiple other lines, including the DC Comic Multiverse line we have today), series 20 was the last numbered series of figures released under the name. For a "final series" it was an unusual series of figures to say the least including variants of Green Arrow, Sinestro, and the Flash, Red Arrow, Reverse Flash, Nekron, and the team of Hawk and Dove. Today I'm checking out Dove, the lone female figure from series 20. As I mentioned in yesterday's review of Bronze Tiger I picked up a few loose DC Universe Classics figures from someone a couple of weeks ago and both Dove and Hawk were included. I'm enjoying filling in holes in my collection so I figured I'd take the time to review them, starting with Dove.  Hawk and Dove are definitely not characters I'm super familiar with but being a fan of both DC Comics and of the DC Universe Classics aesthetic, I'm glad to finally add them to my collection. Let's take a closer look at this figure after the break... 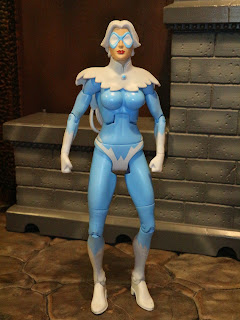 Accessories: Waist of Collect & Connect figure Nekron (not included with mine). 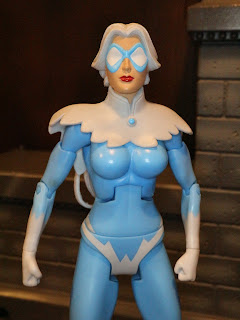 * I really like the very consistent style of DC Universe Classics. Somehow, it makes a character that I'm quite unfamiliar with seem really, really cool. As I mentioned above, Hawk and Dove (it's tough to talk about one without the other) really are not very high on my superhero list. Still, this is a beautiful figure with some nice paintwork. There's something elegant about the simplicity here that I can't put my finger on but that I really appreciate. 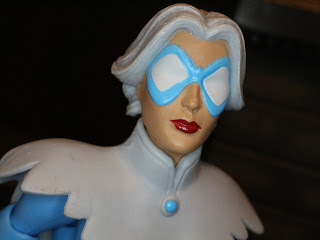 * The headsculpts were almost always amazing on this line. Dove is rather lovely and has a very peaceful expression on her face, perfectly befitting of her character. The paintwork is very neat and clean. 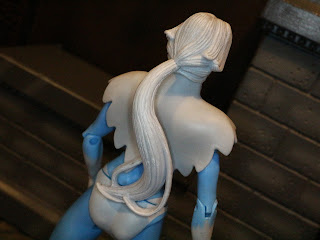 * Dove's long, white ponytail is beautifully sculpted and given some dry brushed effects to help the individual strands stand out. 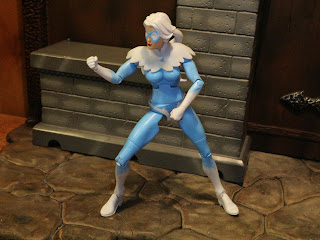 * Dove is about as basic of a figure as you can get but her articulation works just fine. She has the same articulation scheme as nearly every other figure in the line and she can take some excellent poses. While this articulation is getting a bit dated in the Multiverse line, it was still pretty acceptable by the standards of 2012.

*Remember that a Dove figure purchased new in the package will also include the waist for the Nekron Collect & Connect figure. 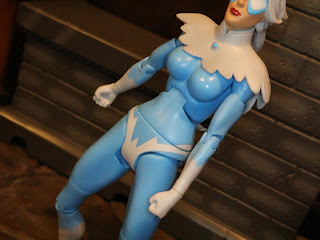 * Dove's lower body is rather plan. Rather than try to design a unique waist or a belt piece for her Mattel just painted the detail on. Usually that works OK for most superhero suits but here the way her angular belt crosses her waist piece and goes up onto the sides of her torso just looks a bit off. 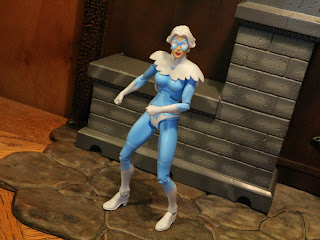 Dove is a very simple figure but she turned out well. I do think she was a strange choice for a final wave (although Mattel released plenty more figures under the DC Universe Signature Collection label), especially when so many more prominent characters had yet to be made. Still, these B, C, and D list characters helped make DC Universe Classics feel special. For most of the lines run, particularly in the earlier days, it felt like a comic line where anything could happen. Dove is a Good and a 1/2 figure and indispensable if you want to add the duo of Hawk and Dove to your collection.

If you're looking for more DC Universe Classics figures, check out the following: