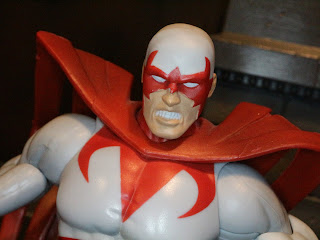 Want to see how lazy I can be? I'm pretty much going to reuse Dove's introduction for her partner, Hawk!

While DC Universe Classics really didn't die (it basically morphed into multiple other lines, including the DC Comic Multiverse line we have today), series 20 was the last numbered series of figures released under the name. For a "final series" it was an unusual series of figures to say the least including variants of Green Arrow, Sinestro, and the Flash, Red Arrow, Reverse Flash, Nekron, and the team of Hawk and Dove. Today I'm checking out Dove Hawk, the lone female figure another dude from series 20. As I mentioned in yesterday's my previous review of Bronze Tiger I picked up a few loose DC Universe Classics figures from someone a couple of weeks ago and both Dove and Hawk were included. I'm enjoying filling in holes in my collection so I figured I'd take the time to review them, starting with Dove and followed by Hawk.  Hawk and Dove are definitely not characters I'm super familiar with but being a fan of both DC Comics and of the DC Universe Classics aesthetic, I'm glad to finally add them to my collection. Let's take a closer look at this figure after the break... 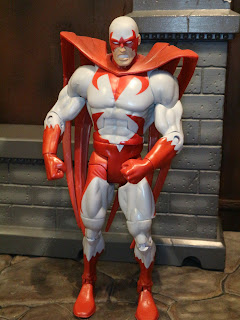 Accessories: Collect and Connect figure Nekron's torso (not included with mine). 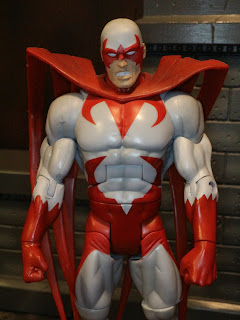 * I really love the look of most DC Universe Classics figures. Even when they're a character I'm not super familiar with, I still love the overall aesthetic of this line. Hawk is a nice looking figure that manages to use some simple but clean paintwork to help the figure standout from the dozens of others using the same body. His red and white outfit is quite eye catching and complements Dove's blue and white outfit. 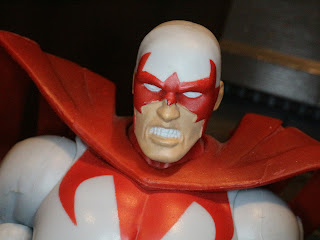 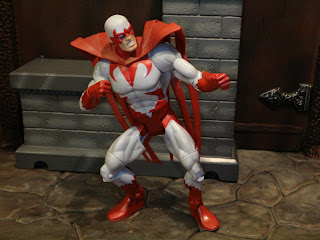 *  I really do like the DCUC articulation scheme. It's definitely a bit outdated (an opinion that Mattel apparently doesn't share with me as they're still largely using it in the DC Comics Multiverse line) but it's still quite good, especially considering that this guy is around 6 years old. He's solid, durable, and can take on some decent poses. 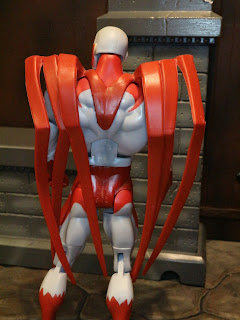 * Hawk's cape is cool and stands out nicely. It's a unique design that matches the character's classic depictions well and gives the character an angry, reckless vibe. No normal human would wear a cape like this!

* If you purchase Hawk new in the package, you'll also get the torso of the Nekron Collect & Connect figure. 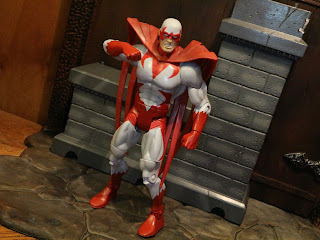 I don't have a lot of connection to Hawk but I can't deny that Hawk is a decent figure. He's solid, has some nice sculpting and a cool cape, and features some clean paintwork. Hawk isn't the most exciting figure in the DC Universe Classics line but he's still a solid pick, especially if you're teaming him up with Dove. He's a Good and a 1/2 figure and seems to be pretty easy to find so, if you're trying to complete your DCUC collection, snag him at a good price!