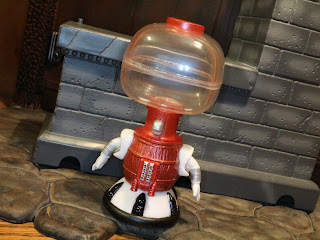 Please play this in the background while reading this review ....

Today I'm reviewing Funko's Tom Servo POP! vinyl from Mystery Science Theater and he's the wind, baby. Other than a few mini busts/ statues that came with some of the various DVD sets released over the years (which I unfortunately do not own) these are the first MST3K toys ever released.  MST3K was one of the first "fringe" things I ever fell in love with and I have very, very fond memories of watching it on Comedy Central and the Sci-Fi channel as well as renting the movies from Blockbuster back in the day. I remember when I was in middle school reading the earliest issues of ToyFare magazine and it always seemed like there were requests for Mystery Science Theater 3000 action figures (the show was on the air during that time in the Mike Nelson years) and yet it has taken all these years for these to materialize. While they're not traditional action figures or toys, I'm definitely appreciative of these Funko POP! vinyls. Currently Funko has only released Tom Servo, Crow T. Robot, and a chase variant Tom Serv.Crow that is selling for ridiculous amounts of money. I loathe Funko's chase variants, by the way. It's just.... Oh, no we've got a review incoming!!! 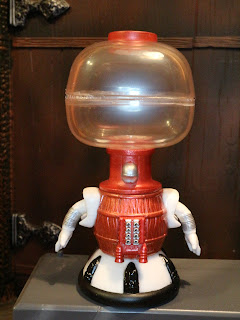 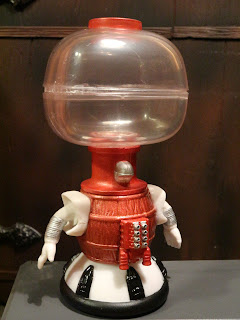 
* First things first, this is a pretty nice version of Tom Servo. While it definitely has the POP! design aesthetic, this is still a highly recognizable model of one of the denizens of the Satellite of Love. The sculpt is overall pretty nice and the paintwork is spot on. Funko must have spent tens of dollars on this! 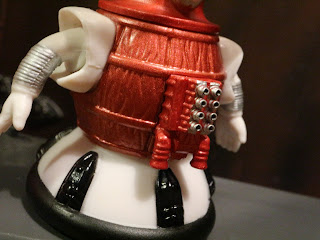 * The detail on the main body and base is excellent and displays a nice attention to detail for the various components from which Tom's body is made. The Money Lover Barrel body is nicely sculpted and the engine block on the front is spot on. The base is great with the vacuformed trains along the edge of the bowl, too. Very nice attention to detail here. 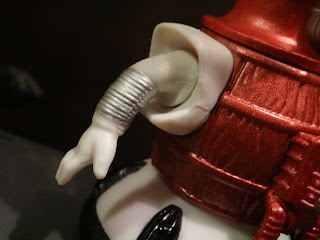 * The same goes for the arms. They look excellent and spot on to the show's model, particularly from the earlier seasons. 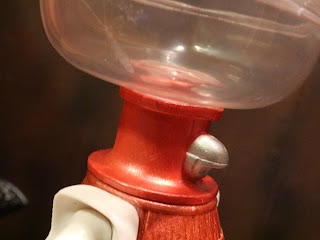 * The head is really nice, too. Tom's gumball machine head and mouth look excellent here. Tom Servo's head does not turn like most other POP! vinyls but that seems accurate for the character and the model. 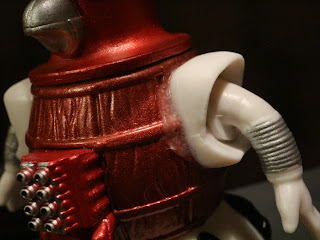 * There is some pretty noticeable glue spillage on the shoulders of Tom's left arm. This seems like a one-off QC issue, though, but it's still annoying. 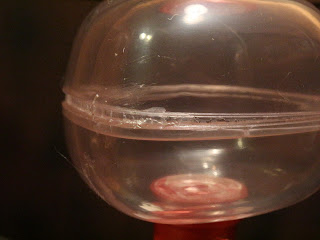 * Secondly, the seam line on Tom Servo's dome is kind of rough looking. It's not as big of an eyesore from a distance but, up close, it is very noticeable. 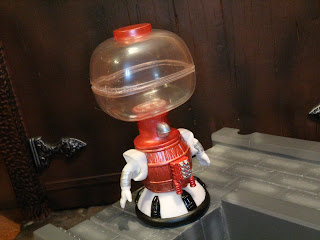 Tom Servo and Crow are two of those dream figures I have always wanted. While there are some quality control issues that mar the visual appearance of the figure a bit, overall I'm quite pleased with the POP! rendition of Tom Servo. I have my Crow sitting in my Pile of Loot at BBTS so I should be reviewing him sometime in the next month. Considering we're in a bit of a renaissance of MST3K with the excellent new Netflix continuation, hopefully we'll see some more POP! vinyls of new and classic characters. Heck, maybe Funko or someone like Diamond Select Toys will pick up the rights to do traditional action figures, too. Tom's a Great POP! and completely irresistible to this MST3K fan!

I haven't reviewed any other MST3K stuff on here but I have reviewed other POP! Television figures, including: