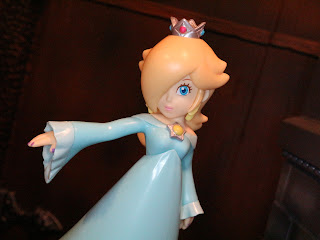 As I mentioned earlier in the week I just recently bought a Nintendo Switch. Due both to wanting some more Amiibo figures to use in Super Mario Odyssey and wanting some more characters to pose alongside of my World of Nintendo collection I've been picking up some characters here and there. The first non Animal Crossing Amiibo I've picked up is Rosalina from the Super Mario series. Originally appearing in Super Mario Galaxy on the Nintendo Wii Rosalina has long been one of my most wanted characters in Jakks Pacific's World of Nintendo line. Rosalina is a great, unique character in the Super Mario Bros. series and she makes for a great looking Amiibo. This is the second Rosalina released in Amiibo form; the first was released in February 2015 as part of the Super Smash Bros. Series. Let's take a closer look at this updated Rosalina after the break... 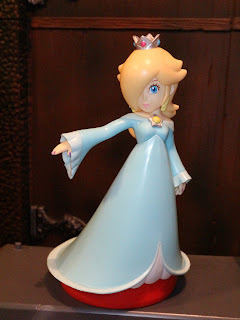 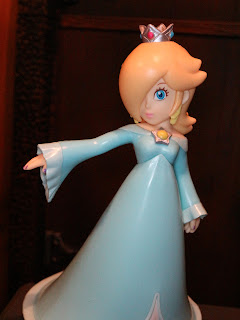 * Rosalina is a great looking Amiibo figure! While she doesn't really fit in with the World of Nintendo line, that's no fault of the figure. She has a very nice sculpt and paint job that nicely captures the Nintendo look and feel. Of course, she's more than just a minifigure: Rosalina can be utilized in various games for the Wii U, New Nintendo 3DS, and the Nintendo Switch. I'm not going to get too much into what the figure does in games, but she is compatible with dozens of games with special compatibility with Mario Tennis: Ultra Smash, Mario Party 10, and Super Smash Bros. for Wii U and Nintendo 3DS. 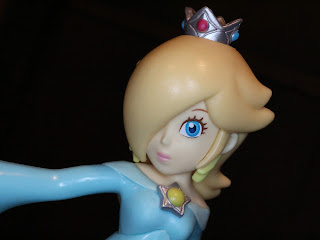 * The headsculpt is beautiful with extremely neat and clean paint applications. I love the way her hair covers her right eye. I'm also loving her crown and the star-shaped piece of jewelry on her chest. 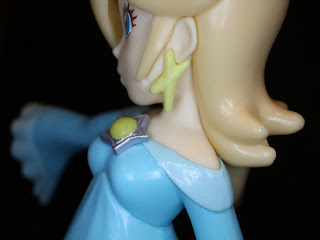 * If you turn Rosalina to the side you'll notice that she has some very cool earrings. While they're not traditionally star shaped, they definitely seem to be reminiscent of some sort of celestial object. 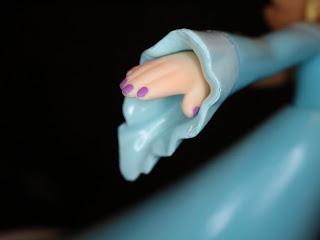 * The sleeves of Rosalina's dress look quite nice and drape down very realistically. Also, check out those slick purple fingernails! 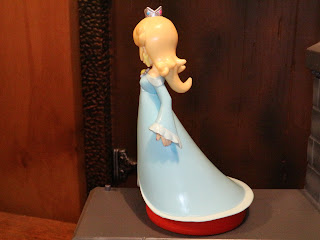 * All of the Amiibo figures come on a small, round base that presumable holds the electronic bits of the figure. This isn't a problem at all usually but it does make Rosalina's dress look kind of off. She has a long, flowing gown that rests on the ground but with the small base underneath things look a bit off. Furthermore, something about the design gives off the optical illusion that Rosalina is leaning forward. She's not, but it appears that way at a glance. 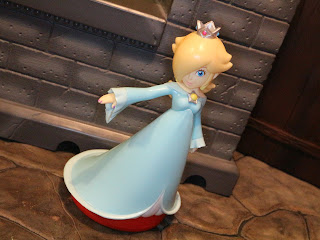 Whether you actively play current Nintendo games or just consider yourself a Nintendo fan due to their past games and their characters, the Amiibos are pretty cool figures. They've been out since 2014 but now that I finally have some games that use them I'll probably be picking them up here and there. Rosalina is a nice figure of a character that I really like whom I'm concerned Jakks Pacific will never put out in the World of Nintendo line, so I'm happy with her. She's a Good and a 1/2 smaller figure/ statue and looks great on the shelf with various other Nintendo characters.

The only other Amiibo item I've reviewed is the End Level Display set.
Posted by Barbecue17 at 11/24/2017