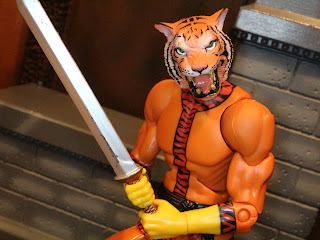 A couple of weeks ago I found someone selling some second-hand DC Universe Classics figures. DCUC is one of my favorite lines and I'm always on the lookout for figures I missed the first time around. The figure the seller was offering that caught my attention first was Bronze Tiger from Series 18. Released in 2011, Bronze Tiger became one of the most sought after figures in a series that was largely comprised of Super Friends characters (Apache Chief was the build-a-figure). Having risen to prominence as part of the League of Assassins and the Suicide Squad, Bronze Tiger has also made an appearance in Rebirth in the main Batman title and has been in Arrow. He's a character that it seems unlikely that we'll see again in plastic form anytime soon so I'm glad to finally add him to the collection. Let'c check him out after the break... 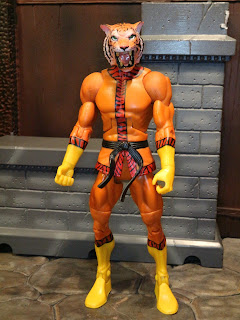 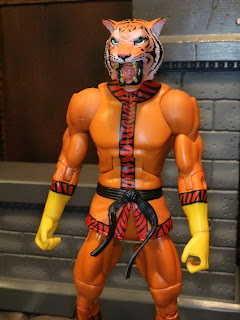 * There's just something I love about Mattel's DC Universe Classics line and I've come to appreciate it more and more as the years have passed. It's a beautiful line that fully embraces the vibrant colors and often unusual designs of the DC Comics from the 1960s, 1970s, and early 1980s. Bronze Tiger's orange outfit with red and yellow detailing just looks perfect here! 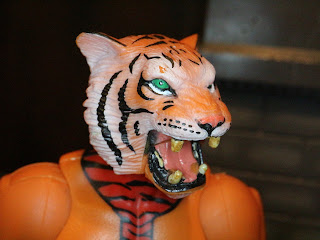 * The Bronze Tiger's tiger mask headsculpt is incredible. This is easily one of the best looking headsculpts in the DC Universe Classics line which is really saying something considering how good some of the sculpts there turned out. The paintwork on this guy is incredible! 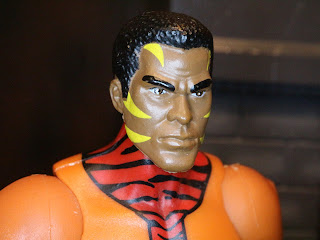 * Maybe not as cool as a crazy tiger mask, but still really, really cool, is an unmasked Ben Turner head. Turner looks pretty intent on showing off his martial arts prowess as his expression looks like he means business. 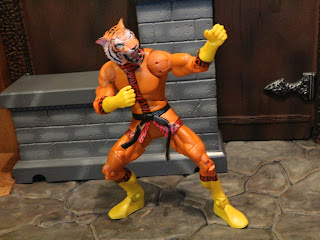 * I really do like the DCUC articulation scheme. It's definitely a bit outdated (an opinion that Mattel apparently doesn't share with me) but it's still quite good, especially considering that this guy is around 6 years old. He's solid, durable, and can take on some sweet poses befitting a martial artist of Bronze Tiger's skill. 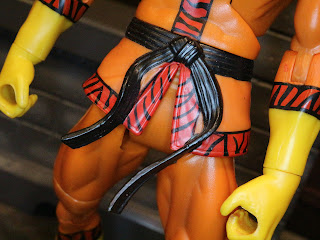 * Yeah, he's rocking a black belt. Pretty sweet right? He's also rocking some red and black tiger print edging on his outfit. You just can't go around wearing something like that unless you're able to back it up. Bronze Tiger can back it up. Believe that. 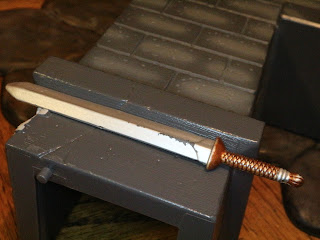 * Unlike a lot of DC Universe Classics figures Bronze Tiger is loaded with accessories. Since I picked this up second hand some of the accessories have some paint scratches but they're all present and accounted for (well except for Apache Chief's leg, but not getting a BAF piece with a loose figure is generally accepted). First up is a sword. This is actually the sword from the DCUC Deathstroke figure. The paint is a bit different but it's the same mold. 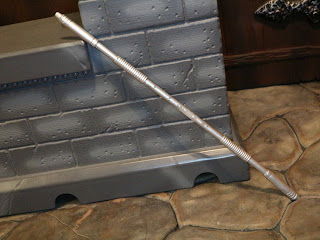 * Bronze Tiger also includes Slade's staff that is exactly the same as the accessory included with he series 3 Deathstroke figure so far as I can tell. The figure looks so awesome wielding this, however, so it's a welcome inclusion. 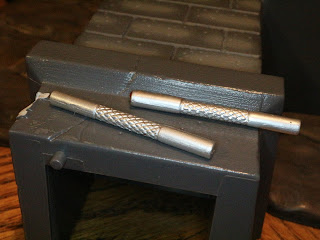 * Bronze Tiger also includes two eskrima sticks. These are exactly the same as the sticks included with the series 3 Nightwing figure, but they fit the martial arts theme of the figure so they fit right in.

*Remember, if you purchase this guy MIP, you'll also get the right leg of the Apache Chief Collect & Connect figure. 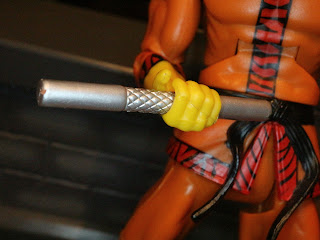 * My only negative with this figure is that the weapons are a bit loose in his grip. It's not terrible, but it's a bit annoying. 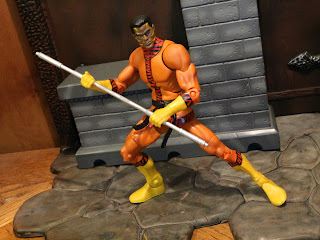 Bronze Tiger is easily one of the best figures released in the DC Universe Classics line. I'm not sure he's a top ten or anything, but he's at least in the upper half. Great sculpting, two portraits, a nice amount of accessories, and some wonderfully eye-catching paintwork makes Bronze Tiger a standout figure. Definitely Epic and well worth tracking down for fans of the character. I have my hopes that DC Comics Multiverse will eventually improve and become a worthy successor to DCUC but, for the time being, this line still does what no other DC line can do.

If you're looking for more DC Universe Classics reviews, check out the following: