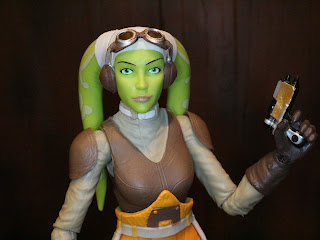 This past Friday (September 1st, 2017) was Force Friday II and Hasbro officially released a fair amount of new Star Wars product to stores. While the majority of it was focused on the upcoming Episode VIII: The Last Jedi there were still quite a few releases inspired by other Star Wars films and shows. Today I'm looking at a release from the Black Series line inspired by the excellent Rebels TV series: Hera Syndulla! The Rebels figures have consistently been some of the best figures in the Black Series and I won't keep you in anticipation: Despite a lack of accessories, Hera is just as good as any other Rebels based figure. It's kind of tough for me to decide which crew I'm the most excited about seeing completed in the Black Series: The ESB bounty hunters, the main cast in their Empire Strikes Back outfits, or the crew of the Ghost from Rebels. Hera Syndulla, the captain of the Ghost, gets us one step closer to one of those goals! Let's check her out more closely after the break... 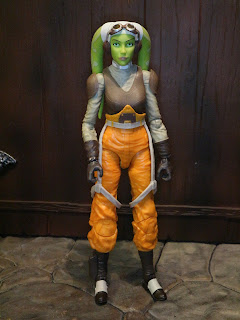 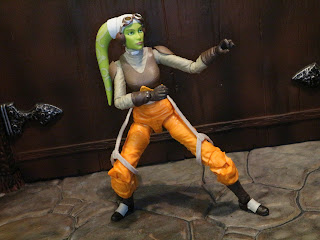 * Hera is definitely one of the most well articulated Star Wars: The Black Series figures. It's not that she has more joints than any other figure but that her joints are better designed and more well thought out. Everything just works perfectly and has an excellent range of motion to it. 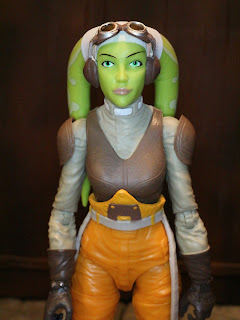 * Hera is hands down one of the most incredible looking figures in the Black Series. I'm not sure if it's due to the super cool character design, the unusual color scheme, or the awesome outfit, but I love the character's visual appeal. Hasbro has done an excellent job of translating the animated style of Rebels into a realistic appearance. If Hera appeared in a live-action film, this is what she would look like. I also am really digging how her flight pants are made to look larger than her upper outfit. It actually looks like she's wearing actual layers of an outfit. 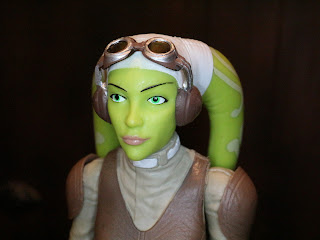 * Hera has a gorgeous face sculpt. She's beautiful and Hasbro captured her appearance perfectly. The goggles perched on top of her head are great. Not only do they add something special to the headsculpt but they make me hope that someday we'll see an Episode 1 Anakin Skywalker with his podracing goggles. That would be a cool figure, right? Anyways, the paintwork is also very neat and clean, particularly on Hera's eyes. 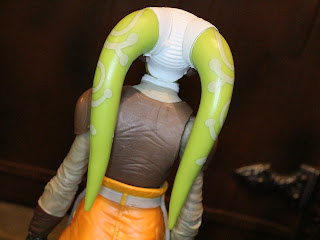 * I wanted to point out the nice work Hasbro did on Hera's lekku. Not only do they have a great sculpt but they also have a really cool printing on them to give them the cool pattern seen in the show. 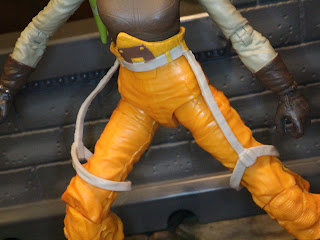 * Hera has ejection harness straps around her waist. Not only do they look cool but they also do not hinder her articulation at all! They really move right along with the body. 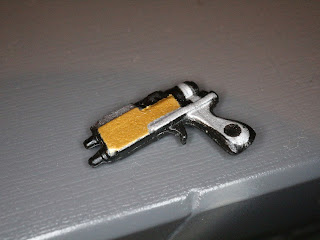 * Hera is a big lightly accessorized as she only comes with her Blurrg-1120 holdout blaster pistol. It's a compact blaster but the paintwork is really nice on it. 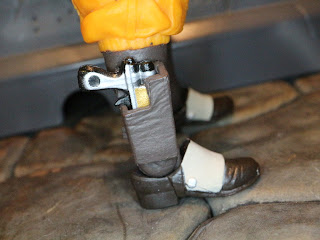 * It tucks very securely into this small holster on Hera's right boot! 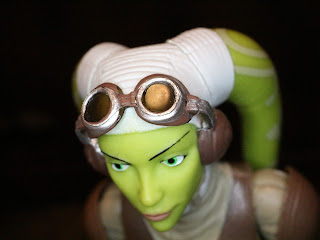 * You know what? I love Hera's goggles but I really wish that they could pivot down over her eyes. That would have been a cool feature, right? Instead they're stuck in place. 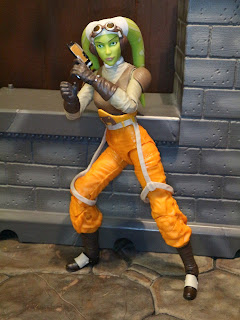 The Rebels based figures (Sabine, Kanan, Ahsoka, and Thrawn) have been some of my favorites in the Black Series and Hera is no exception. While she feels a bit light in the accessories department, it's difficult to argue that she isn't an incredible looking figure! To be honest, she was probably my second most wanted figure to hunt down on Force Friday. I found her at my third and final stop on my midnight run (the Wal-Mart closest to my house). She's a Great and a 1/2 figure and another worthy addition to the Rebels cast.

If you're looking for more reviews of Hera Syndulla toys, I've reviewed a few others: The Rebels Hera Syndulla 2-pack, the Micro Machines Mandalorian Melee set, which includes a tiny Hera microfigure, and the Hera POP! vinyl.