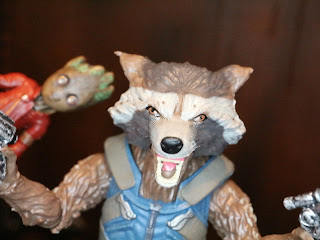 Today is the last review for the trifecta of Guardians of the Galaxy Vol. 2 Marvel Legends figures I picked up recently and this one covers two of the Guardians: Rocket Raccoon & Groot! While the Rocket Raccoon from the first film was fairly disappointing and minimally articulated, Hasbro decided to give this one a nearly full set of Marvel Legends articulation. He doesn't have all of the joints of a standard Marvel Legends figure, but he has most of them (and one that most others don't have, too). While the first film's Rocket was paired up with the torso and head of the Groot build-a-figure, this Rocket includes a toddler Groot minifigure to pal around with on cosmic adventures. I'm a huge fan of the Guardians of the Galaxy films, but as a DC fan there's something that irks me in seeing that DC has trouble getting even their most mainstream characters into theaters while Marvel Studios can have full battle scenes between a talking raccoon and a tree set to 70s and 80s pop music. These are strange and wonderful times we're living in, folks! Let's take a closer look at this cool set after the break... 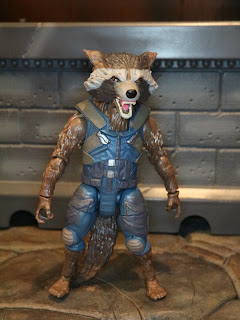 Accessories: 2 pistols, 2 interchangeable portraits, and the torso for the Mantis Build-a-Figure. 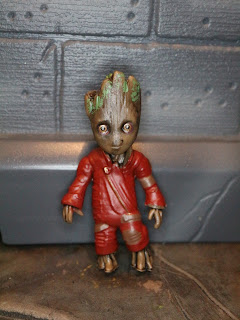 Non-Scalper Price for the set: $20 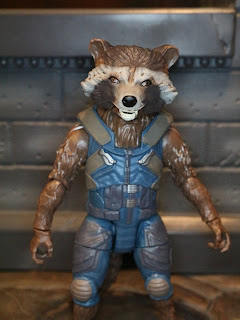 
* Rocket Raccoon has a very impressive sculpt. Considering that he's smaller than most traditional 1/18th scale figures, Hasbro has given Rocket an excellent level of detail that perfectly matches up with the movie based figures. The articulation also meshes well with the sculpt, something that can be a challenge on smaller figures. 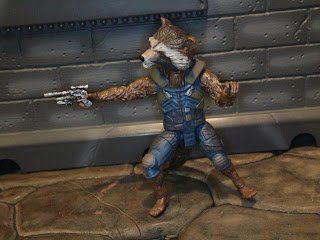 * Rocket's articulation is excellent. You really can put him in some great combat poses. He is definitely much improved over the figure from the first film. 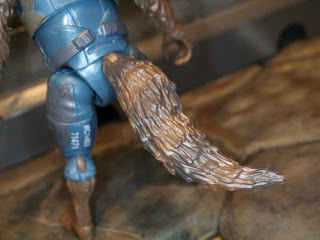 * Unlike most Marvel Legends figures, Rocket has an articulated tail. Not only does it look cool but it also helps to keep him balanced in a number of poses. 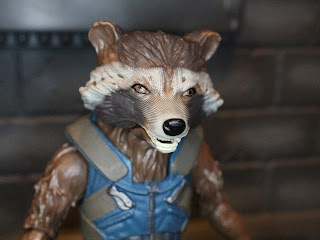 * Rocket's main head is fairly passive (but still a bit angry looking). You can tell that Hasbro used their dot matrix printing technique on it in the larger picture to the right, but it's not noticeable in person. It looks very neat and clean to the naked eye. 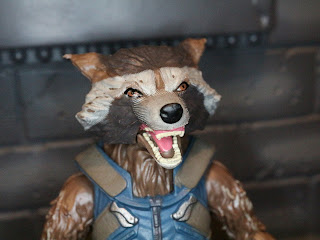 * My favorite headsculpt is this angry face. Rocket looks pissed, doesn't he? It's like he finally discovered that being called a trash panda isn't a compliment! The heads swap very easily as it's just a simple true balljoint underneath. 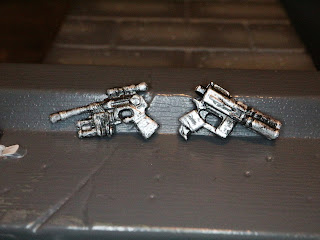 * Rocket comes loaded up with two pistols. They look awesome, feature a weathered paintjob, and fit perfectly in his small hands. 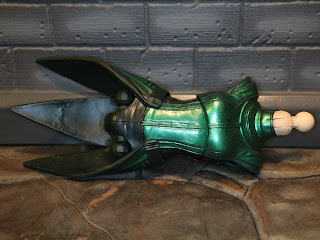 * He also comes with Mantis' torso. That's a piece for the Build-a-Figure for this series and not an accessory based on a gruesome scene from the second film, by the way. I'm still not sure if I'm planning to build Mantis or sell off the parts. I want the series 2 Star-Lord but I don't have any use for Adam Warlock or Ex Nihilo. Anyone have the pieces from those two figures to trade or sell me? 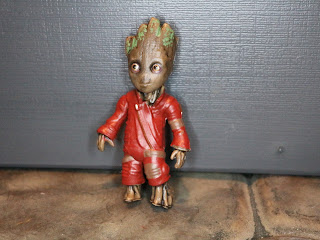 * This toddler Groot is really cute! I love his red jumpsuit and smiling face! He's just a tiny minifigure with no articulation, but I'm not really sure what else he could have been. 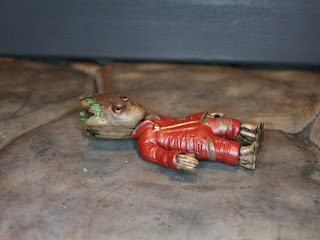 * Toddler Groot does have a problem, however: He cannot stand up! His legs might just be too tiny as he keeps falling over all the time. You'll have to prop him up against something for him to remain standing. 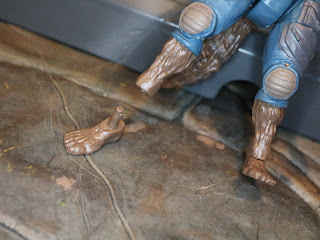 * This is not a breakage issue (more of a frustration) but Rocket's feet and hands tend to pop out of the sockets. They're just simple swivel joints so they pop right back in but it does get a bit annoying. My fear is that I'm going to lose one while playing with the figure. 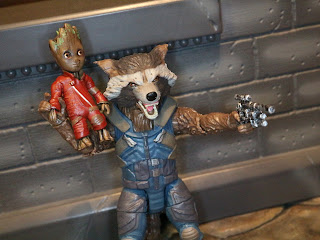 I don't anyone would want to build the movie cast of the Guardians of the Galaxy without Rocket and Groot, so it seems like Hasbro will have no trouble selling these too. The fact that Hasbro really put a lot of effort into both of these doesn't hurt, either. I am a bit disappointed that toddler Groot won't stand and that Rocket's hands and feet do pop out easily, though. Those are definitely blemishes on an otherwise impressive set. It's still a Great set, though, even with those minor defects.

If you're looking for more Rocket Raccoon figures, I've also checked out the Disney Infinity Rocket Raccoon. If you're looking for more of Groot I've reviewed the Disney Infinity Groot and the Marvel Legends Groot Evolution figure.  Of course, both a comic inspired Groot and Rocket were included in the Marvel Legends Guardians of the Galaxy 5-Pack.