Road to the Last Jedi: Obi-Wan Kenobi #214 from POP! Star Wars by Funko 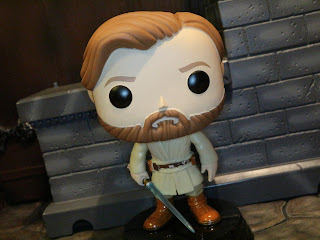 I reviewed the Smuggler's Bounty Aayla Secura on Sunday and now I'm checking out the second POP! vinyl in the Jedi themed box: Obi-Wan Kenobi! While Funko released Obi-Wan in an earlier box (the March 2015 "Cantina" themed box), that was an A New Hope version of the character listed as Ben Kenobi. This version of Obi-Wan represents his appearance in Revenge of the Sith. With the excitement and speculation about an upcoming Obi-Wan Kenobi solo film, this seems like it might just be a popular POP! vinyl. While it does seem like he would be well paired with a ROTS Anakin, perhaps we'll see that one released in another Smuggler's Bounty crate soon. For now, let's check out what we already have after the break... 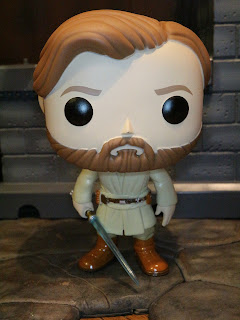 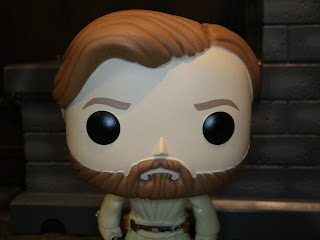 * Funko always does such a fine job of capturing a character's likeness in their simplified, stylized manner and I'm not sure if it's due to some sort of wizardry or just the power of suggestion. While there doesn't seem to be anything about this figure that differentiates it from other POP! vinyls with beards, something about the way this headsculpt was done looks just like Ewan McGregor. 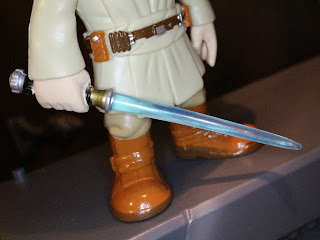 * Obi-Wan is packing his lightsaber here, too. It looks great. I'm a big fan of how well Funko pulls these off in the POP! vinyls line. 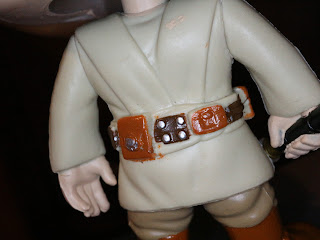 * The Jedi carry a good deal of extra stuff on their belts. They are not quite "utility belts" but they totally are going in that direction. 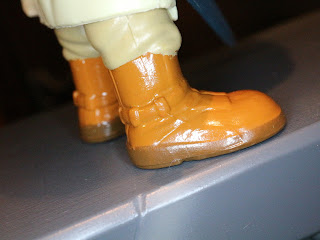 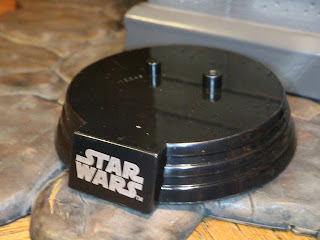 * Obi-Wan Kenobi comes with a stand like the rest of the Star Wars POP! figures. Again, I love the look of this and also appreciate the fact that it is removable in case you really want uniformity across your POP! collection. My guess is that Funko includes these to help keep these standing since they're bobble-heads, which probably gets them around licensing agreements with Hasbro and other companies making "action figures." 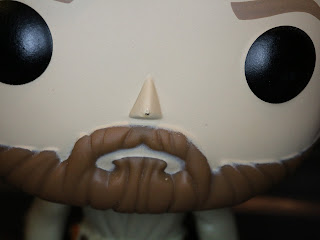 * There are definitely a few small bits of paint slop here. On the pouches on Obi-Wan's belt (as seen above) and on the tip of his nose (as seen to the left). 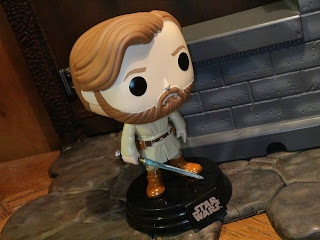 POP! vinyls are already a pretty good deal since they usually sell for around $10 but, when you consider the Smuggler's Bounty crate often gives you two POP! vinyls, a t-shirt, and a few other cool items, the value seems even better. I don't buy a lot of POP! vinyls on their own but I'm always excited to get my Star Wars crate every other month. Obi-Wan Kenobi is a Great POP! and another nice addition to the collection. Due to the number of convention and retail exclusives available I would never consider seriously collecting POP! Star Wars figures, but I'm happy to receive them in the mail every now and then.

If you're looking for more POP! Star Wars reviews, check out the following: