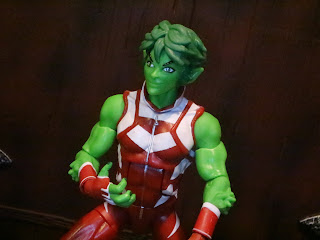 Today I'm checking out another figure from Mattel's DC Comics Multiverse line but it's one from earlier this year: Beast Boy! Beast Boy is from the Ninja Batman Collect & Connect series (the same as Starfire) and, like her, is another figure who was originally released in DC Universe Classics. I owned the DCUC Beast Boy at one point but I actually traded him away many years ago to pick up some MOTUC stuff I was missing. Since then Beast Boy has become one of the more difficult to track down DCUC figures, so it's nice to have another chance at the character. I like this version of Beast Boy much better, too. Let's check out Beast Boy after the break... 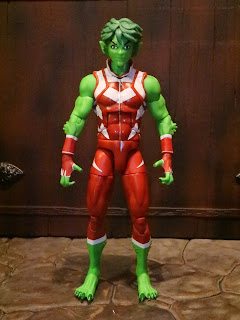 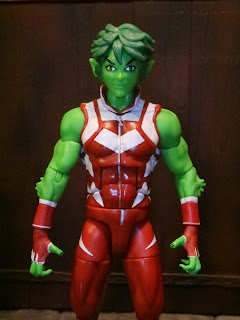 
* Beast Boy is really a fantastic looking figure. His crimson uniform really stands out from his green skin and while most of the details are painted, the zipper and collar are sculpted elements. His skin tone is excellent and the tufts of fur on his forearms and legs definitely helps show off his animal nature while still depicting him Gar in his normal form. I think he's much more dynamic and exciting than the previous Beast Boy figure. 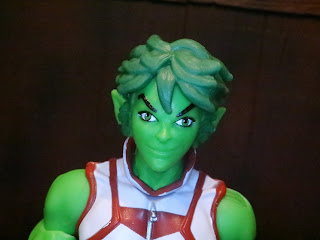 * The headsculpt is excellent. It's definitely a more modern take on the character and I love it. He's got a great expression with those raised eyebrows and the beginning of a huge grin. Kinds who know him from Teen Titans Go! or DC Super Hero Girls will probably get a kick out of him. 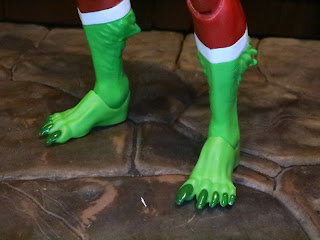 * Seriously, the animal-like feet and claws definitely help make Beast Boy standout in the line. Mattel really has been using a nice number of new parts on the line and details like this definitely help sell characters. I love the claws and the tufts of fur! 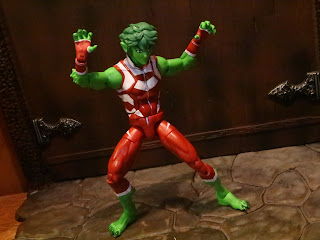 * Mattel's current articulation scheme on most of the DC Multiverse figures is nearly as good as Hasbro's Marvel Legends line, but without any rubbery joints. Beast Boy is excellent: Well articulated, durable, and fun to play with. It really is a shame that Mattel is losing the license to make collector's figures for DC as they've finally seem to hit their groove again. 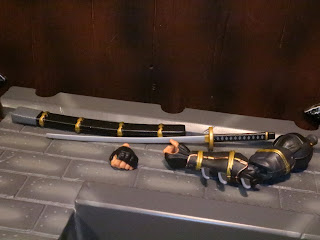 * Beast Boy doesn't come with any accessories of his own this time around but he does come with quite a few pieces for Ninja Batman, who I'm really not planning to build. Still, I can probably trade or sell these. He's got a left arm, two interchangeable hands, a katana, and a sheathe. 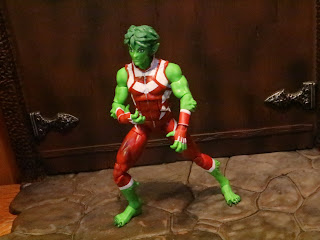 Beast Boy is a Great figure and a really nice update of the character. While the DCUC was a very classic version in his old school Doom patrol outfit, this one is a modern era Teen Titans version. It would have been really cool had he come with some version of himself in animal form, however (remember the eagle from the DCUC version that was also shared with MOTUC?). I've still got a few more DC Comics Multiverse reviews coming up, including the last figure and the Killer Croc C&C from the last series, so stay tuned!


Do you love Beast Boy, mama? Then check out the DC Super Hero Girls Beast Boy from the action collection 6-pack and the Beast Boy mini from the Teen Titans Go! To the Movies line.