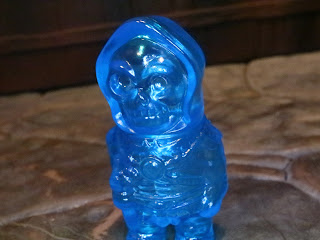 Today I'm checking out another Micro Vinyl figure from Super7's Masters of the Universe line and this time it's Skeletor molded in clear blue plastic. I love Skeletor (doesn't everybody?) and considering I have a fairly sizeable collection of various vinyl Skeletor toys and this just seemed like another good item to add to the set. Let's check out this very cool, very ice blue version of Skeletor after the break... 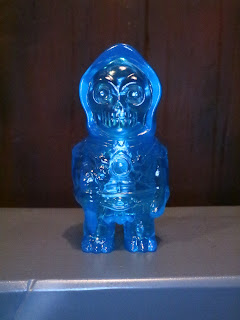 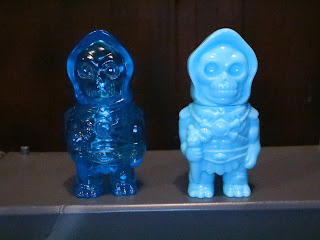 *On the left is the Clear Blue Skeletor while the  Blue Skeletor is on the right. The only difference between these two is the plastic color they're molded in. It's easier to make out details on the the regular figure but the Clear Blue figure is definitely a bit more eye catching. They're both long sold out now by the way. Some of these little guys sell for $50 to over $100 each, which is crazy to me! There are red and black figures out there, too from a few years back. 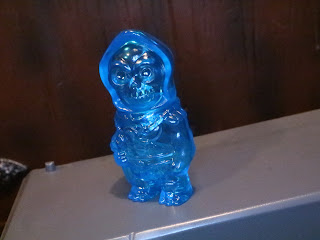 I'm giving this Skeletor the same rating as I gave the previous one: A Good and a 1/2. He's a little pricier compared to many other minifigures but he's quite well done, and I love the fell of the vinyl. If you have more than one Skeletor, you can also swap their heads around, too!

I've reviewed so many Skeletor items that the guy has his own review archive! Check out Snake Mountain for lots of Skeletor reviews!