Re-Halloween Special: Pack A (Flesh) from Keshi Surprise: The Worst by Super7 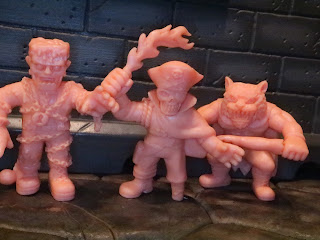 This year I'm using the week of Re-Halloween to fit in some of the spooky toy reviews that didn't fit into the movie monster theme for The Scream of 31 Days of Toy Terror and it just so happens that I actually ended up with two different sets of the second series characters from Super7's The Worst. I looked at the teal figures a day or so ago and now I'm going to check out the "flesh" colored figures from NYCC 2019. Due to the love of M.U.S.C.L.E. by nearly everyone who loves minifigures, the fleshy pink color scheme for these little guys usually ends up being the most popular look around for minifigures. This set, called Pack A, features Captain Deadstar, Frankenghost, and Red Tiger. Let's check these guys out after the break... 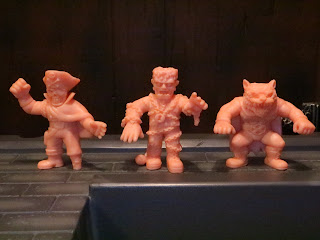 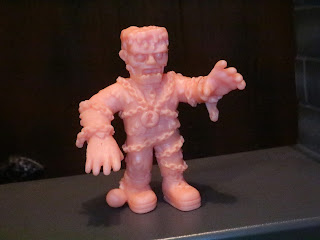 * Super7's not calling these M.U.S.C.L.E. anymore (they're now Keshi surprise), but the sculpt and style is the same as on the previous lines. The Worst figures are definitely some of the sharpest and best looking minis Super7 has released, though, and the "flesh" colored plastic really captures all of the details. The various links in Frankenghost's chains and his slimy, ectoplasmic hair is really impressive. 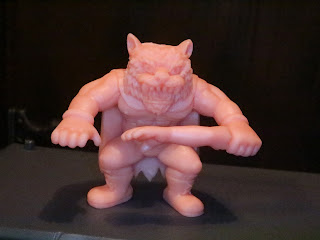 * Red Tiger has a great pose and an actual accessory. Yes, the arm he's carrying around is a separate removable piece. I'd love to see more figures with accessories in the Keshi surprise line! It's a really cool feature in a minifigure line and Super7 has done it so well. It adds so much to a character like Red Tiger, too, and it really does give you two different ways to display your figure. 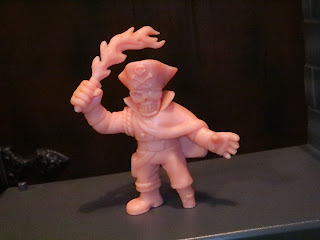 * Last up is Captain Deadstar, a skeleton pirate captain with a cybernetic peg leg and a flaming cutlass. Again, this guy has excellent detail and he stands up a lot better than the teal figure. I had trouble balancing that one, but not this guy. Why? I don't know. This guy is awesome, though. 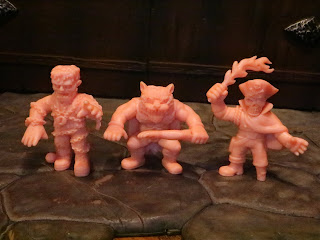 Yeah, this was just a quick way to show off the "flesh" colored versions of these guys. I have no regrets, though. The Worst minifigures are some of the best minis out there and I really would love to see the brand continue to expand. Seriously, The Worst could continue to have some real potential. I'd love to see some animation from this. Imagine how cool and bizarre a 1980s styled cartoon about a group of random villains could be. Cheap animation, crazy voices, bizarre plots: It could be comedy gold! This is an Epic set of minis and one that any M.U.S.C.L.E. fan should add to their collection.

Are you a fan of the Frankenghost? Then check out my review of the Keshi Surprise Teal Frankenghost and the ReAction Frankenghost!

If you dig Red Tiger, check out my review of the Keshi Surprise Teal Red Tiger and ReAction Red Tiger.

For more Keshi Surprise: The Worst, check out the following:
Pack A (Teal)
Pack B (Teal)