Re-Halloween Special: Pack B (Teal) from Keshi Surprise: The Worst by Super7 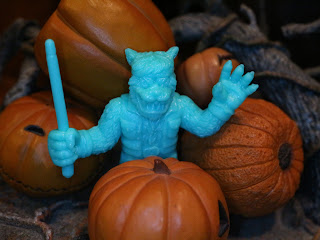 Ready to complete the Keshi Surprise series of minifigures based on series 2 of The Worst? Then let's do it! Today's series has three more cool figures from Super7 that were available earlier this year. I've been sitting on them for a few months as I figured they'd make a refreshing post-Halloween treat and a great way to kick off the Re-Halloween season. Today's three pack includes Cortex Commander, the brains of the operation, the hairy hell on wheels and star of international mega movie franchise that is Werewolf Biker, and the slithering siren Shedusa. Let's check these monstrously minute miscreants after the break... 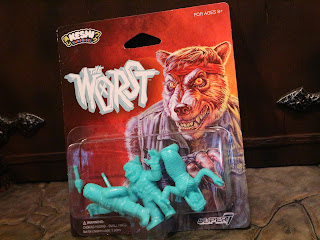 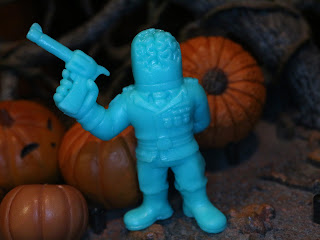 I like Cortex Commander's pose: He's got one hand behind his back, showing off that he's cool and collected, but his other hand is up in the air and waving a pistol, which shows that he likes power and might possibly unhinged. He has a snappy outfit and a bunch of medals and ribbons presumably given to him for various evil feats. 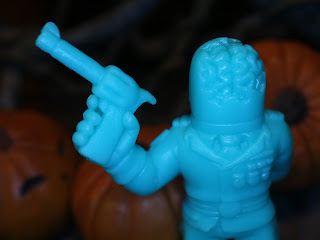 * Cortex Commander's pistol is a separate weapon, so you can remove it if you want to. Personally, I find the fact that these tiny figures have removable weapons to be very, very cool. His pistol kind of looks like the Golden Gun, don't you think?

*Also, notice that his dome is broken. I wonder if his brains will leak out. Good. He's a bad guy, anyways. Maybe he pissed off the.....
Werewolf Biker:

* Based on the long running series of Werewolf Biker films, Werewolf Biker has a massive fan-base that actually had more folks in attendance at Lupo-Con 2019 than any other convention other than SDCC. This figure is actually based on an episode of the early 90s cartoon, "Werewolf Riders," where Werewolf Rider (voiced by Tara Strong) died himself blue to infiltrate an underwater base of sentient heroin needles. The show was pretty topical and definitely dealt with the drug epidemic in a way few other cartoons dared. 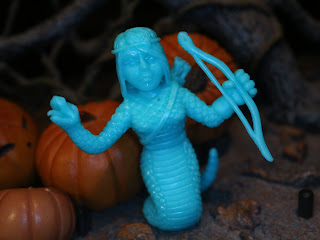 * Shedusa is pretty cool. She's got a great sculpt. Honestly, she looks better than the standard figure. I love the pose and the fact that she's wielding a removable bow. The extra snake hand is nice, too. I mean, I hate snakes, but I respect the fact that she has it. 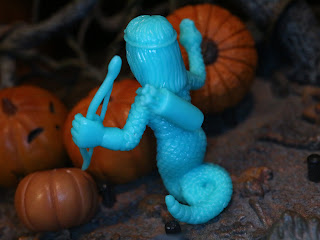 * Shedusa also has a coiled snake tail with a rattle on the end and a quiver filled with arrows. Hey, you gotta have something to shoot from that bow, right? 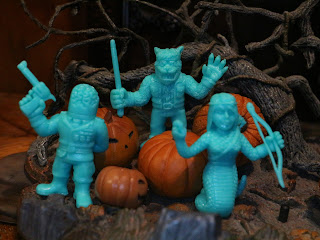 Pack A was a Great and a 1/2 set, but this one is Epic. Cortex Commander and Shedusa are really cool minifigures but Werewolf Biker is incredible. I love him so much! It's like he's reaching out to give me a hairy high five! I actually got the chance to get the poster from Werewolf Biker 8: Everyone's Grandmas by the star of that film, Daniel Day Lewis, at Lupo-Con a few years ago. I know some folks find the 8th installment of the franchise a little pretentious, but the fact that Daniel Day Lewis lived as a Werewolf Biker for 7 years prior to making the film is pretty impressive and really contributes to the character. Anyways, by this set and see the film!

If you're a Shedusa fan, check out my review of the ReAction Shedusa.

For more reviews from Keshi Surprise: The Worst, check out the following:
Pack A (Teal)