Re-Halloween Special: Shaggy and the Headless Horseman from Scooby-Doo!: 50 Years by Character Options 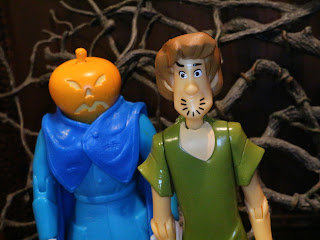 Zoinks! How about a Scooby-Doo review for the Re-Halloween season! 2019 marked 50 years since the premiere of Scooby-Doo, Where Are You? on September 13th, 1969 and to celebrate Character Options re-released a number of Scooby-Doo figures as Wal-Mart exclusives. I'm not an expert on Scooby-Doo action figures but I know that both of these figures have been released before. It seems like these figures get released every year or so in different combinations (the Headless Horseman has come with Scooby-Doo himself before). I've never picked any of these up before although I think I've owned this Shaggy before after finding him at a flea market or something. The Headless Horseman was what sold this pack, though. Look to the left or to the right and you'll realize I have a think for pumpkin headed characters! They're also incredibly inexpensive at around $6 bucks for a pack of 2 figures. Crazy, right? Let's check this set up after the break and see who's really behind this... 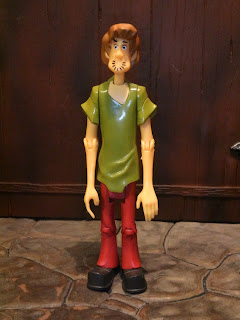 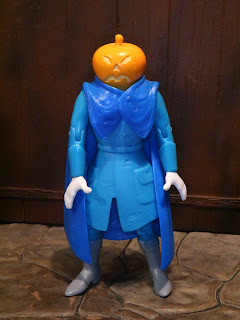 The Facts: The Headless Horseman 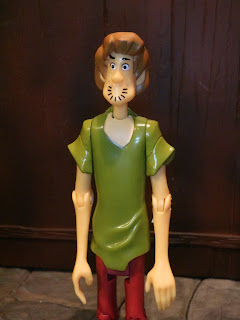 * Shaggy looks like Shaggy, just as you'd expect. He's got on some read pants, an ill-fitting olive green t-shirt, and he's got lanky limbs and exaggerated features. He looks closer to the recent depictions of the character rather than the older depictions but, let's be honest, visually these characters haven't changed much over the years. They're pretty iconic and rarely do they get messed with. 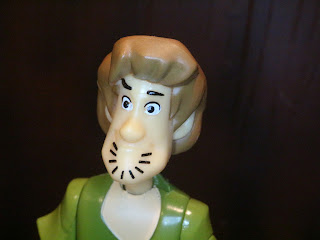 * Cartoony headsculpts can be tough to pull off and while Shaggy may look odd up close, in person he's quite nice. He's even got his odd little chin whiskers painted on. 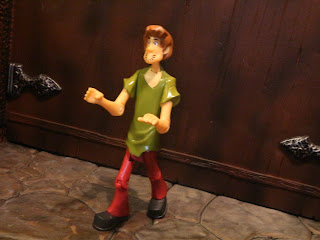 * These are definitely toys rather than any kind of collectible intended for adults, which means they're nice and study. They have a lot of articulation too which allows for some fun posing or sitting Shaggy inside of the Mystery Machine (this line has it, and it included Fred). 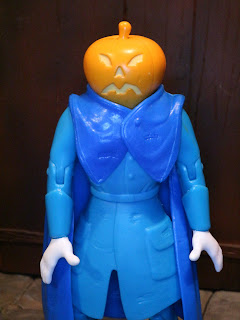 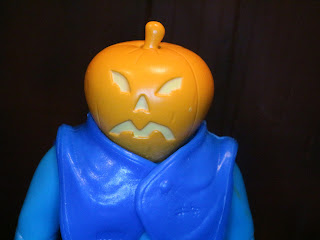 * He's got a pumpkin for a head! How can I not love this guy? I do wish he had a smiling head (it looks creepier on the show!) but this one's OK, too. The stem being orange is also true to the show (it's really cousin Elwood in disguise!) and the pumpkin ribs are definitely visible. 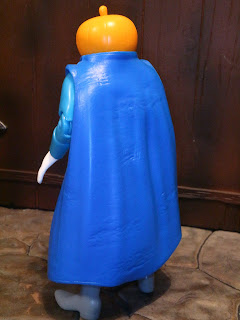 * The Headless Horseman's cape is made from a softer plastic that allows for more movement of the figure. It also has a nice leather-like texture on it, which I wouldn't have expected to find. 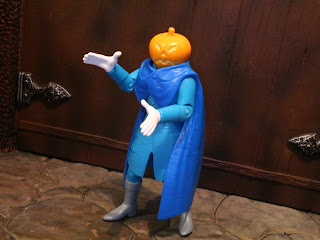 * Like Shaggy, the Headless Horseman is fairly well articulated for a kids toy. He also swivels at the waist. I presume he's sculpted with his hands in such a strange way so that he can look like he's chasing the gang through some door filled hallway. 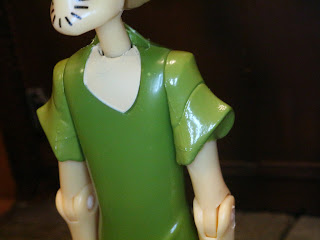 * Shaggy's sleeves look really weird. They're also not the same color as his shirt, which is not usually how sleeves work. 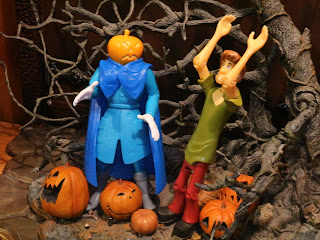 These aren't the best figures but they're pretty fun. Kids who dig Scooby-Doo and fans of the property should love them. I get the feeling (but I don't really know for sure) that a couple of new monsters probably get released every year alongside the same old figures of the Scooby-Doo team. For he price, though, this is a Good and a 1/2 set. It'd be nice to see more new sculpts and some accessories (a sword for the Horseman and a submarine sandwich for Shaggy!) but for what you get, these were a fun treat for the Halloween season.


This is the first action figure of Shaggy Rogers I've reviewed.