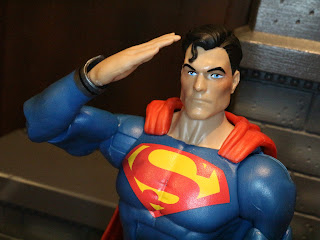 Slowly but surely I'm making my way through the newest series of DC Comics Multiverse figures and today I'm looking at Mattel's DC Rebirth version of the Man of Steel himself, Superman! While the Rebirth version of Batman was released last year (with Wonder Woman coming sometime later this year), Mattel is offering up a Rebirth Superman as the "anchor" figure for the Clayface series. Mattel is really focusing on offering up current looks for characters which is probably a smart move. Of course, my favorite era in DC Comics overall is the 1970s to mid 1980s so I do hope we'll get some more of those characters sprinkled in the line to help complete various rosters from DC Universe Classics. I will admit that Superman was my second least anticipated figure in this series (behind Martian Manhunter, who turned out to be a pretty nice figure) and while he definitely has some improvements over previous figures, not too much has changed. Let's check out the Rebirth version of Superman after the break... 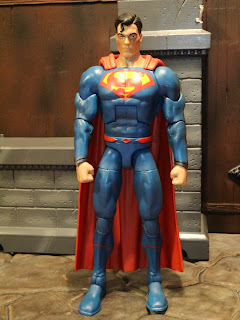 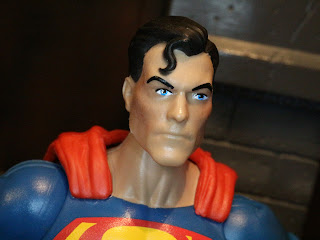 * Mattel did a pretty admirable job of capturing most of the details of the Rebirth Superman costume such as the lack of trunks, wrist design by the sleeves, and red belt. Mattel has definitely created lots of new parts for this series of figures which is much appreciated. I also like the head more than I thought I would. It's much better in person and, from most angles, you can see that it is a very classic looking Superman sculpt. 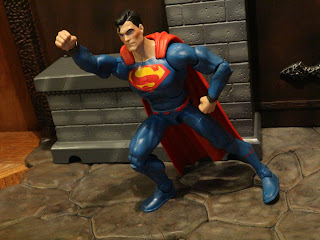 * Superman doesn't have the absolute top of the line articulation but it is definitely improved over most other Mattel DC figures due to the presence of double-hinged knees. The shoulders and head also have a really nice range of motion. 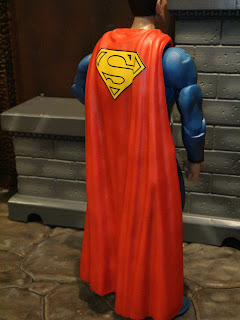 * Superman's cape looks pretty good, too. I like the tampographic stamped "S" logo on it and the way that the cape connects to the shoulders. 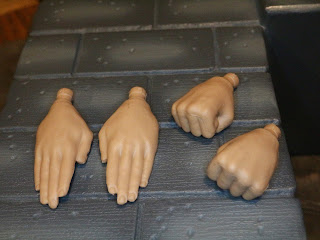 * Three of the five figures from this series feature interchangeable hands which is a nice change of pace for Mattel. Superman comes with two pairs of hands that allow for some great, expressive poses: A pair of fists and a pair of open palms for flight pose.s They swap out very easily and feel very sturdy. 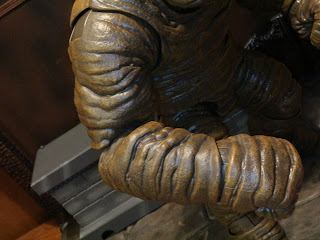 * Clark also includes the right arm for the Clayface Collect & Connect figure. I'm getting very excited to show this guy off and now, after reviewing Superman, I'll only have one more figure to review before we get to Basil Karlo! 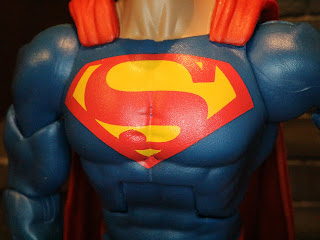 
* Is it me or is the "S" logo really, really wide. It looks kind of oddly sized, right? Not just me? 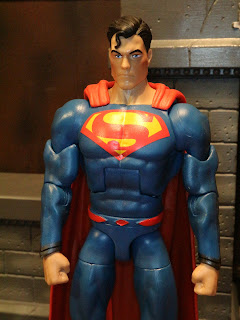 * Overall, there is just something about this figure that looks "off" to me. It's hard to quantify. Maybe it's that the legs look too small compared to the torso or maybe it is because there is just too much blue. I'm also not liking the look of the new crotch piece, particularly in light of all of the blue with no break. 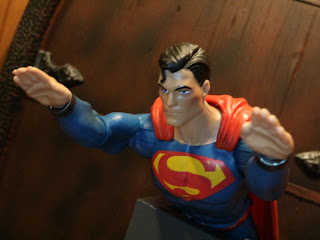 Superman probably is my least favorite figure in this series. He's not a bad figure, and I'd also still argue that he's a Good figure, but he just doesn't look quite right. Do you ever have a figure where you can tell something is off visually but you are hard pressed to put a finger on what exactly that is? That's how I feel about Superman. He's definitely the weakest Clayface series figure but still an improvement over most other previous releases in the series. Had he not come with a Clayface build-a-part, though, I might have skipped him.