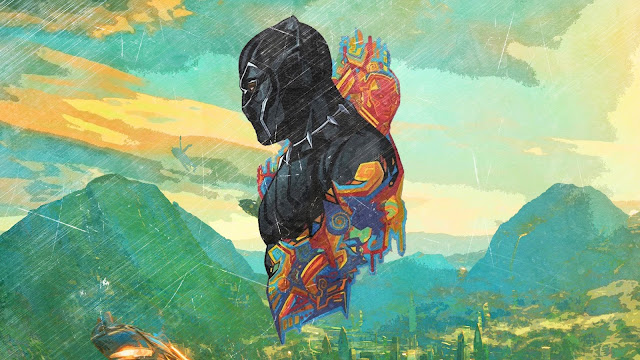 In the 86th edition of the Confirmed Epic Podcast  Jerry "Barbecue17" Reed and The Reel Brad Bell are joined by The Mother of Beagles AKA Abby Bell to review one of the biggest film's of 2018: Ryan Coogler's Black Panther.

Find Amos' and his podcast at: JustBeingAmos.com

You can always email any questions, comments, and concerns about the show to thepicreview@gmail.com
Posted by The Epic Review at 3/02/2018