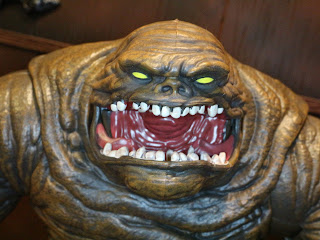 It has been a few weeks but I've finally reviewed all of the newest series of DC Comics Multiverse figures and have assembled the Collect & Connect figure: Clayface! Befitting Basil Karlo's roots as an actor, Clayface has had a starring role in the DC Rebirth Detective Comics series as part of the team Batman has assembled to protect Gotham. Detective Comics is easily one of the strongest books in DC Rebirth (easily in the top 5) which is actually very high praise as the majority of titles in Rebirth have been fantastic. While I definitely want Mattel to release some classic 1980s DC characters to fill in rosters in DC Universe Classics (Outsiders Katana, Geo-Force, and Halo would be great additions) I do like that Mattel seems to be focusing on current characters from the comics.Now that DC Collectibles seems largely uninterested in releasing anything current other than the same dozen characters or so, Mattel is offering up a pretty impressive character selection while also improving their product. They also seem to be focusing on some level of team building and it looks like they're working on adding to team Detective Comics, the Justice Legaue, and the Justice League of America currently. Clayface is an excellent choice for a build-a-figure, so let's check him out after the break... 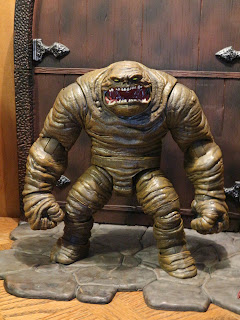 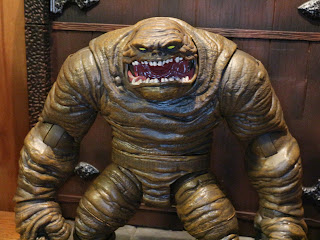 * Clayface is a large build-a-figure and one of the best that Mattel has released in the Multiverse line. He has a very large statue and a very unique body type, adding some impressive looking mass and muscle to any team. 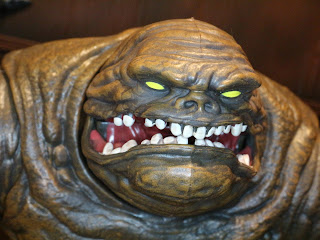 * The head sculpt is very impressive and looks rather fearsome. I love the small yellow eyes, the messed up teeth, and the prominent nostrils. Clayface has a very monstrous appearance that works whether you're using this version of Basil Karlo as a friend or foe of Batman in your collection. 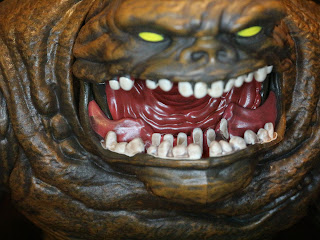 * Another great feature of the figure is the opening mouth! Clayface's mouth can open up to reveal another inner row of sharp teeth. The sculpt and paintwork here is incredible and it really makes for a fun feature. 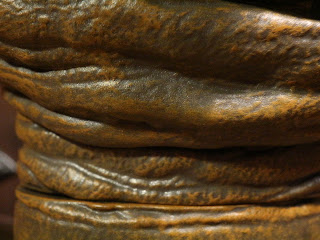 * Clayface's body is covered with a very interesting texture that definitely looks muddy and dirty. The paintwork isn't bad, either, and it adds a lot of texture and depth to the overall appearance of the figure. 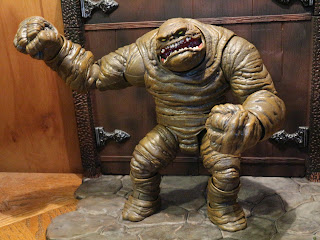 * Clayface's articulation is good. Really good, in fact. Not only do his joints have a nice range of movement but he has joints that many other DC Comics Multiverse figures are missing such as the swivel/ hinge ankles and swivel/hinge wrists. He's quite fun to pose and looks awesome when interacting with regular sized figures. 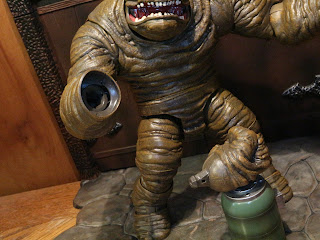 * Clayface's wrists detach quite easily, which is a good thing: Later on Mattel plans on releasing some additional hands (a blade and a spiked ball) along with two upcoming exclusive figures, Kid Flash and Beast Boy. While those were slated to be Toys 'R Us exclusives, some other retailer will most assuredly scoop them up or they will make up a mini-series like the Doctor Psycho series at the end of last year. It's nice to know that whenever they come out that the accessories will be easily swappable. 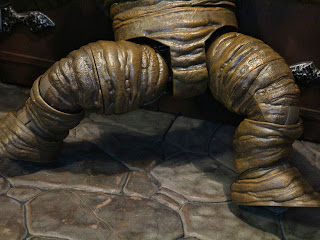 * The only problem I have with this figure is that his hip hinged are a bit weak, meaning that in some poses the figure tends to wilt. Usually this isn't the case but if you try to give Clayface a deeper stance or have his arms posed in more extreme ways he just may tip over. He's fairly top heavy with lighter, hollow legs. 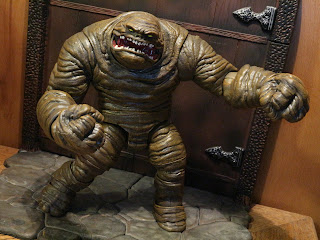 Clayface is a Great build-a-figure and definitely guaranteed to help sell this series (if Mattel can actually get these available at most retailers- other than the two Justice League exclusives my local Wally World hasn't stocked any new Multiverse figures since the King Shark series). It's a strong series overall and nearly every figure is easily top ten list material for next year. From my favorite to least favorite, I'd go with Batwoman, Clayface, Jessica Cruz, Two-Face, Martian Manhunter, and then Superman.
Overall this is a Great series of DC Comics Multiverse figures and probably the overall best series released since the line began in 2016. Mattel looks to have a solid year coming up and, with only the Aquaman film slated for release, hopefully we'll continue to see more excellent curretn comic based figures than we ever have before. Consider following Action Figure Barbecue.com to get the latest reviews on DC Comics Multiverse figures; I won't let you down!

If you're interested in more Clayface figures I've also reviewed the DC Collectibles Arkham City Clayface and the Imaginext Clayface that my daughter has since claimed as her own. Kids.