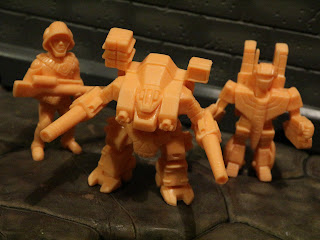 Today I'm looking at the fourth set, Pack D, of the Robotech M.U.S.C.L.E.s from Super7. This turned out to be a pretty good series of minifigures that captured the M.U.S.C.L.E. look and feel pretty well while still remaining faithful to the Robotech designs. Pack D includes three minifigures: A Zentraedi Soldier, a VF-1S Super (Super Valkyrie), and a Tomahawk. Let's jump right in and take a gander at these slick little figures, shall we? 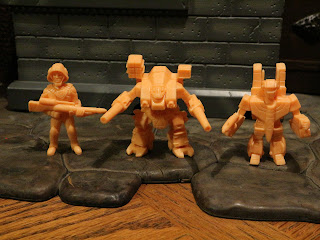 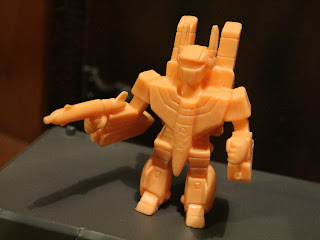 The VF-1S Super, or Super Valkyrie, is a Battloid mode version of the ship armed with a gun pod and some awesome missile launchers on the bottom of the arms. This is an upgraded version of the standard VF-1S and has all of the strengths of that sculpt along with more cool armaments and details. I really like this one quite a bit. 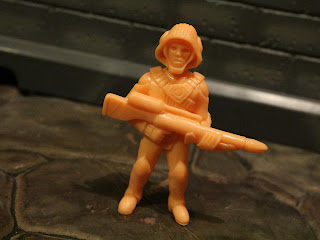 The Zentraedi are genetically engineered clones  created by the Robotech masters. From what I've seen on the show (I'm four episodes in) these guys are supposed to be pretty large. Probably as large as a standard Valkyrie in Battloid mode. I like the helmet and the giant rifle, plus the cool bandolier across the chest. The helmet kind of reminds me of the Imperial Naval Trooper helmets. This is probably the best non-mech figure in this set. 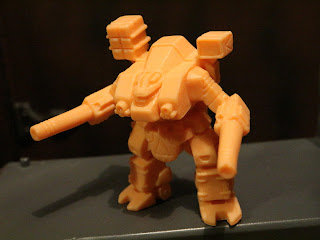 Also known as a Destroid Tomahawk, Excalibur, or the MBR-04-Mk VI, this is a walking arsenal packed with a crazy payload of weapons. I love this one and it is probably my favorite minifigure in the series. 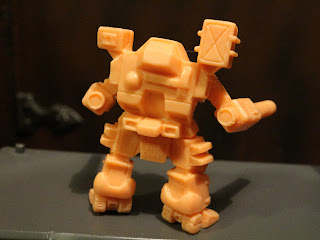 * The sculpt is awesome on the Tomahawk and is loaded with lots of cool details and features. 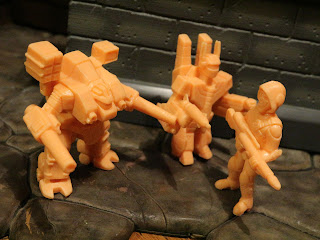 Pack D is actually my favorite set in this series. Each figure in this set is loaded with awesomeness and make for some really fun little toys. This is a Great and a 1/2 set and well worth scooping up if you're a minifigure fan. I'm incredibly excited to see Super7 branch out into more properties with their Keshi surprise line although I'm very worried about their decision to offer everything in blind boxes. That seems like it could backfire for a toyline that is sold in so few stores. Let's hope that Super7 makes their upcoming toys as fun and easy to purchase as their current ones are!