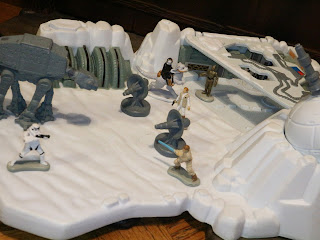 For four Saturdays in March I'm going to be covering a Star Wars toy that features Han Solo to help get us all collectively pumped for the release of Solo: A Star Wars Story. Since I'm such a huge fan of Micro Machines I've decided to review some sets that feature Han Solo in some of the Original Trilogy's greatest scenes. Last week I looked at the C-3PO/ Cantina Transforming Playset that featured Han Solo's iconic encounter with Greedo. Today I'm checking out the Micro Machines Ice Planet Hoth playset that was part of the first series of playsets releases in 1994 (Galoob rereleased the exact same set in different packaging in 1997, too). This is another of my original childhood sets so if you see some rough spots, just remember that this playset survived multiple moves and has been one of those things that has always been on display in my home in some fashion. Let's check it out after the break... 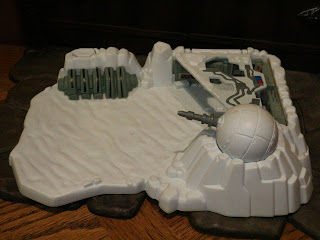 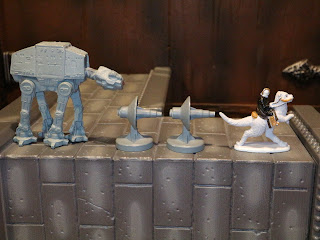 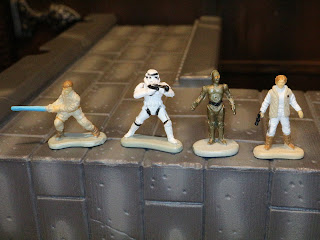 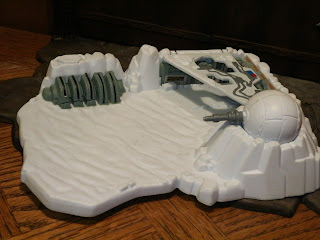 * I've always liked Galoob's flat Micro Machines playsets as they were excellent for actually staging small ground battles. The Ice Planet Hoth playset features an expanse of Hoth's frozen terrain, an Echo Base hangar, the ion cannon, and the Echo Base power generator. It's a very simple playset, just a flat plastic base, but the space it gives you is quite nice. Later on Galoob did release packs of troops that you could use to populate these small sets. 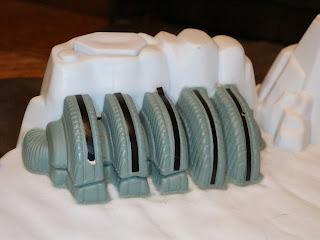 * Here is the power generator that supplies energy to Echo Base. It's pretty simple looking (and the black stickers have definitely worn off a bit over the years) but it's a cool detail for the set. Plus, it always served as an "objective" for battles; the Rebels had to defend it and the Imperials were trying to blow it up. 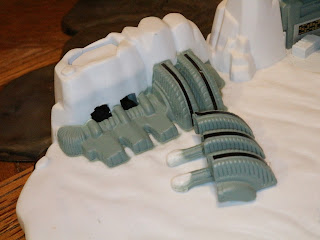 * And blow up it did! With a push of the white button on top of the snow ridge behind the generator the power generator "exploded" to signify the Imperial victory at Hoth. 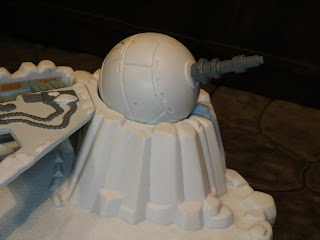 * The set also includes an ion cannon to help your Rebels evacuate Echo Base safely. The ion cannon is able to rotate and swivel to fully defend the base. 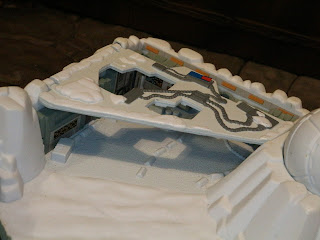 * I love the little snow covered hangar of Echo Base. This is clearly just a small section of the base but it is nicely hidden and features some fun little details such as power cables and snow piles. 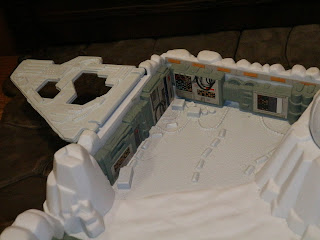 * The hangar roof is on a hinge and folds over to allow access to the hangar. Inside is room for two vehicles, probably snowspeeders or X-Wings. 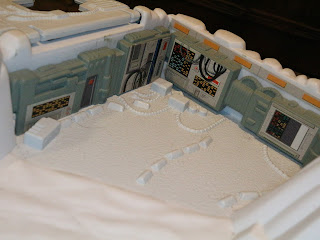 * Then interior of the base is pretty cool. I like the various bits of machinery on the walls as well as the colorful stickers that add some more life to the set. 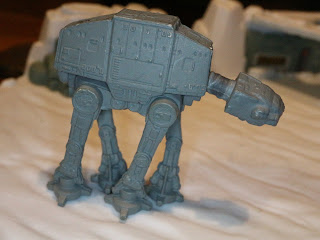 * Most of the earliest standard playsets included  five microfigures and one vehicle. Ice Planet Hoth comes with an Imperial AT-AT. This is an excellent model that still holds up really well today. The neck is even articulated and features a working balljoint to allow the cockpit to move around. 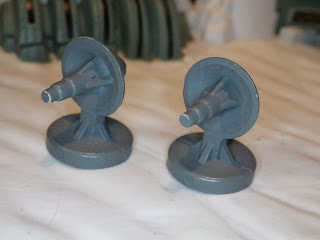 * The set also includes two "laser" cannons which are Galoob's version of what are now known as 1.4 FD P-Towers. These are the radar dish shaped turrets that the Rebel forces use on Hoth in an attempt to repel the Imperial forces. I love the inclusion of these as they really help to spice up your battle scenes. 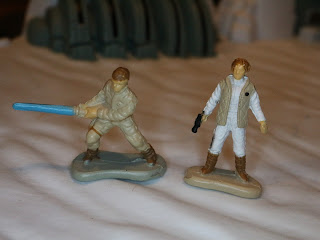 * The microfigures were always my favorite parts of these sets and this set includes some good ones. First up is Luke Skywalker decked out in his Bespoin fatigues and wielding a lightsaber (this would later be included with the Darth Vader/ Bespin set, too). At the time these sets were released Galoob didn't know if the line would expand so they tried to include the most prominent versions of characters. More fitting is Princess Leia in her Hoth outfit. Both of these microfigures look great, especially considering their tiny size. 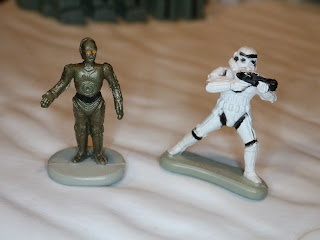 * While R2-D2 was included with the firs series Death Star set, C-3PO came with the Hoth set. Again, for the size of this figure the detail is incredible, especially when magnified. The paint is perhaps a little too bronzed and not gold enough, but the effect is still pretty good. I like his glowing eyes, too. The set also includes an Imperial Stormtrooper which didn't appear on Hoth. Like with Luke above, Galoob wanted to get well known versions of characters out. This same model also appeared on the Endor set with a brown base. 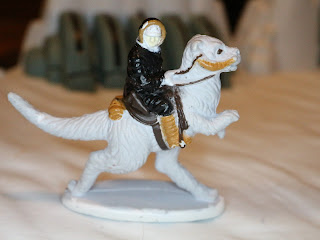 * The most impressive miniature in this set is quite possibly Han Solo who is riding on the back of a Tauntaun. I love this piece and it is so detailed that you can even see the holster for Han Solo's blaster pistol on his right hip. Dang. Interestingly, while the debate is always whether Han's coat is blue or brown, Galoob went with a black coat. 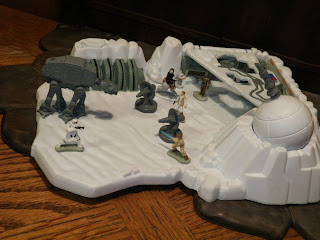 I'm a total sucker for Galoob's Star Wars Micro Machines line and most of these sets are going to get Epic ratings, so just be ready to deal with that. It's hard for me to separate my wonderful memories of playing with these toys from my review of them. Of course, if you're reading this than you're probably reading it for the nostalgia factor or the informational factor and not to help you decide whether to purchase this set. It really is fun, though, and is one of the strongest basic playsets Galoob released.

This is the first Imperial AT-AT and first 1.4 FD P-Tower I've reviewed.