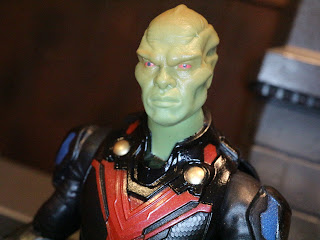 Today I'm checking out Martian Manhunter, the 3rd figure in the Clayface series of DC Comics Multiverse action figures from Mattel. Based on the characters appearance in the Supergirl TV series (where he is played by David Harewood), this version of J'onn J'onzz is the sole non-comic figure in this series. The television based figures have gone back and forth, either having been some of the more difficult figures to find or some of the biggest peg warmers. With Mattel's distribution for the Rookie series, the Justice League series, and this series seemingly being so bad, though, it's doubtful that any of these figures could be called peg warmers. It has been nearly a decade since Mattel last released a Martian Manhunter figure (the DCUC series 15 versions in 2010) so I'm sure collectors are eager to pick up the character again. Let's take a look at this very cool TV version of the Martian Manhunter after the break... 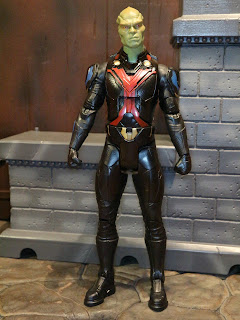 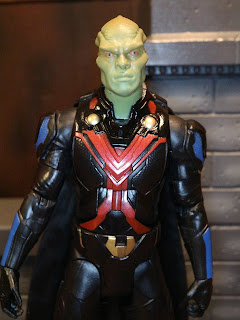 
* The Martian Manhunter is pretty nice looking figure. He's probably the best TV based figure that Mattel has released to date and definitely shows a more realistic sculpt than many of the others. While this is a very different look than we typically see J'onn J'onzz sporting there are some nice callbacks to his original costume such as the red "x" across his chest. 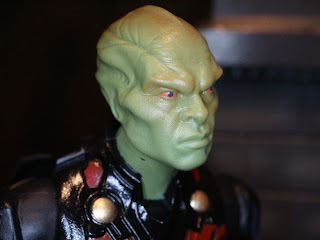 * The headsculpt on this figure is super impressive. It may quite possibly be the best headsculpt in this series of figures. The details on the head are incredible and the expressions is very intense and piercing. 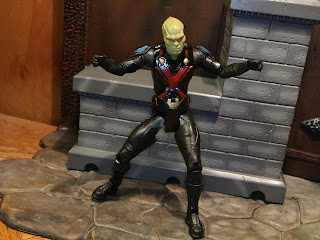 * While Martian Manhunter does have the older Movie Masters style of articulation most of his joints do have a decent range of movement, so you can still get some cool poses out of him. He'll fit right in with your DCEU Justice League team or your Arrowverse crew due to the style. 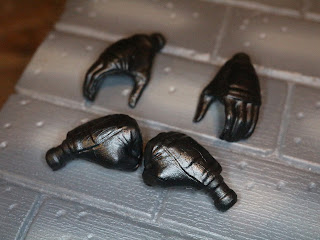 * Martian Manhunter comes with two sets of hands: Fists and open palms. They swap out very easily and are very durable; I had no fear of breakage whatsoever. 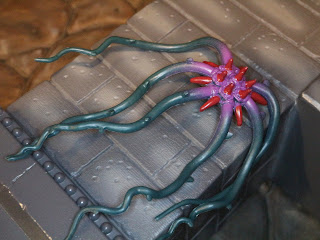 * Just behind the headsculpt in terms of coolness is the excellent Black Mercy accessory. Originally appearing the 1985 story "For the Man Who Has Everything" the alien parasitic plant Black Mercy has been harnessed by Mongul against a number of heroes. While this is from the Supergirl TV, the design is quite faithful to the comic appearances and would work great with comic based figures, too. This is an excellent accessory. 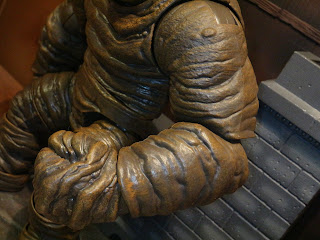 * The figure also includes the left arm for the pretty large Clayface Collect & Connect figure. I'm getting very excited to show this guy off and now, after reviewing Martian Manhunter, I'll only have two more figures to review before we get to Basil Karlo! 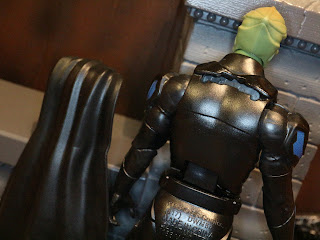 * Martian Manhunter has one of the most frustrating and awkwardly designed capes I have ever seen. Rather than permanently attach to his back or use a peg or something, the cape just plugs into a slit in the figure's back. As you can imagine it is very prone to just falling out at a moment's notice. Bummer. 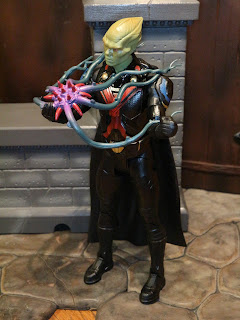 Martian Manhunter was probably my least anticipated figure in this series since I don't really collect any of the figures from the Arrowverse shows. Still, this is a nice figure of the Martian Manhunter that offers up a slightly different take on the character. The Movie Masters styled body definitely feels very dated at this point and the poorly designed cape is a real drag but I can't find fault with the killer headsculpt or the excellent Black Mercy accessory. Factor in that you're getting another piece to the Clayface Collect & Connect figure and J'onn turned out to be a Great figure. Mattel definitely upped their game on this series, didn't they? This figure feels very loaded with extras and makes you feel like you're getting your moneys worth.