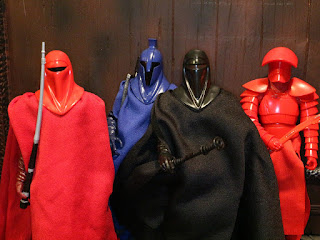 Today I'm wrapping up my end of the year lists for 2017 with a look at the ten best 2017 releases from one of my favorite lines: Star Wars: The Black Series. I've been a Star Wars fan for a long time and I have collected many different Star Wars lines during many different eras. I find the Black Series to simultaneously be one of the most exciting Star Wars lines I've ever collected along with also being one of the most frustrating. I love the 6 inch scale of the line, the articulation scheme, and the overall aesthetic of the sculpt but the distribution, number of exclusives, and character selection can definitely make trying to track down figures a chore and sometimes leave me feeling a bit aggravated. 2017 was another good year for the line with some excellent new figures and, in order to start with the positives, I'm going to show off my top ten. Let's start with #10 after the break... 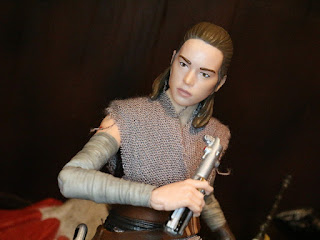 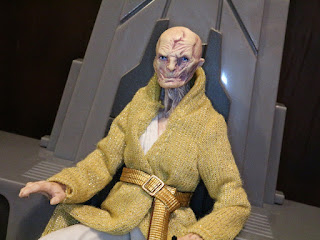 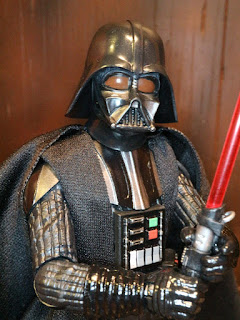 While I initially thought there were only a few new pieces on this Vader figure (head, chestpiece, belt) it turns out that everything was created new for this guy. This is an incredible Darth Vader figure. Considering how many Darth Vader action figures I've owned since I first really got into Star Wars as a 6th grader, I think it's no small claim for me to say that this might be my favorite version yet. He just looks so...authentic. Vader has one of the most iconic costumes in any form of visual media and when it's captured near-perfectly, it's just glorious. This is a beautiful figure. The various paint and plastic colors used show off a wide range of different levels of glossiness and unique textures, helping to capture Vader's costume in plastic. Something was off about the first Black Series Vader in Phase II; this guy is dead on. 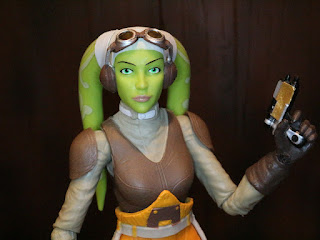 The Rebels based figures (Sabine, Kanan, Ahsoka, and Thrawn) have been some of my favorites in the Black Series and Hera is no exception. While she feels a bit light in the accessories department, it's difficult to argue that she isn't an incredible looking figure! To be honest, she was probably my second most wanted figure to hunt down on Force Friday. 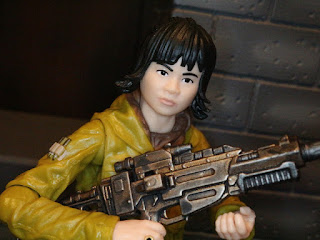 I really like this one. I can understand why folks might not think it's the most exciting figure visually but after seeing the film and being introduced to the character I think it's one of the best in the line. This is an Epic figure with excellent sculpting (including some really great work at making the suit look baggy like coveralls should be), clean paint and printing, and some excellent accessories.


5. Maz Kanata from The Force Awakens 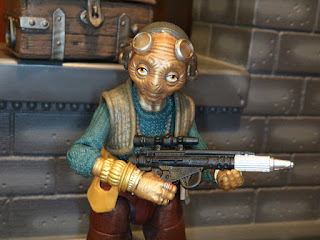 There have been lots of really good Black Series figures this year but I'm not quite sure one is as good as Maz Kanata. There are definitely a few that come close, but she manages to be well articulated, highly accurate and perfectly sculpted, she stands out in a crowd, and her curio chest is a killer accessory. She's hands down one of the best of the best in this line. Having Maz really makes me hope Hasbro continues to focus on more "alien" figures in the years ahead. She is hands down an Epic figure in this line and proof of what the Black Series' 6-inch scale can offer to collectors.


4. Imperial Royal Guard from Return of the Jedi 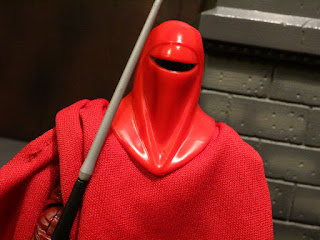 He's an incredible action figure of an Original Trilogy character that has some really cool extra features such as the EU inspired armor underneath the robes and the hidden holster. The ERG is one of the best 6 inch figures Hasbro has released in this line and he gives me high hopes that we'll continue to see more cool Original Trilogy stuff from Hasbro. Pure Epic right here! 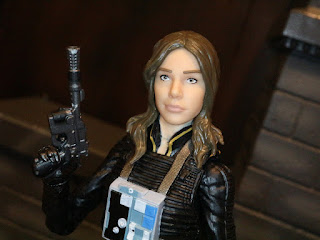 She has a terrific sculpt, excellent accessories, and a lot of playability. She's a fun figure of a character I reckon most of us didn't expect to see in this line. Her appearance is not only a very welcome thing but also gives me hope that we may yet see more Expanded Universe/ Legends characters sprinkled in to the Black Series over the years. Jaina Solo is an Epic figure and well worth tracking down for your collection. 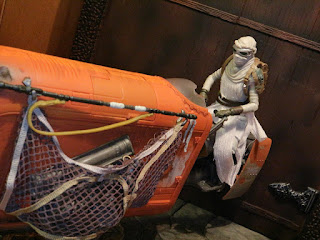 Rey's Speeder is another excellent vehicle in the Black Series. Considering you're paying $60 for the set (let's break that down to $20 for the figure and $40 for the vehicle), it seems like a pretty good buy). The Rey figure is a huge improvement over the previously released version and speeder is an impressive vehicle. It certainly could use a few more paint applications but, overall, I'm very happy with it. I love the added features that make it just a more fun and interactive vehicle. This is an Epic set and one of my favorite The Black Series pieces ever. 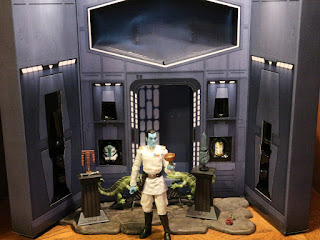 If you ask me which action figure release won SDCC, I think that it is Thrawn without a doubt. He's a nicely executed figure of a popular character we never thought we'd see in the Black Series who comes packaged with some very, very cool accessories. Thrawn's packaging, while not exactly truly "Collector Friendly," does also make for a cool way to display the figure.


This was a tough year to pick a top 10 as I can easily think of 10 more figures that conceivably could have made this list! While I don't do a bottom five for the Black Series (as I don't really have any figures from the series that deserve that level of shame) there are some problems I want to point out that are still continuing with the line as a whole. Last year I named a few problems with the line, some of which Hasbro has rectified and some which they have not.

Odd Gaps: Star Wars: The Black Series, despite now being about 5 years old, still has some very odd gaps in regards to missing characters. While we know that Hasbro wants to pace out the variants of major characters from the OT or popular background characters, I still cannot believe Hasbro has yet to release any versions of Padme Amidala, Count Dooku, General Grevious, Mace Windu, any of the other Jedi Council members, or a single battle droid. Also, where is the rest of the Rebels cast. And Bodhi Rook, the only missing member of the crew of Rogue One? These are still major gaps and Toy Fair 2018 didn't show any of them off.

Exclusives: While exclusives were much easier to obtain in 2017 from most sources, there sure were a lot more of them. Off the top of my head HasCon had 1, Celebration had 1, SDCC had 2-3 (if you count the Luke/Rey kit), Amazon had 2, Walgreen's had 1, Wal-Mart had 1, Toys R Us had 2, Target had 2, and Gamestop had 4. It's nice to see retailers supporting the line but the amount of exclusives was definitely overwhelming. This year seems to be the same and the exclusives seem to be more focused on popular Original Trilogy characters. I have a bad feeling about this...

Dry Period: Last year I complained that the yearly movie cycle seemed to create a dry spell for new product from around May-September. That actually seemed to be a bit better this year due to the presence of the 40th Anniversary subset in late Spring and Early summer. This year, with no Christmas release and Solo's May release, hopefully things will feel a bit more evenly spread throughout the year

Repacks: My local Wal-Mart and Toys R Us are still filled with Cassian Andors, Jyn Ersos, and unmasked Kylo Rens from 2016's Rogue One launch. Hasbro really needs to stop repacking figures as it just doesn't seem to be doing them any favors and it causes retailers and e-tailers to get stuck with product. Hopefully we see better case packs in 2018.

Just some stats for fun on my top 10 list:

Percentage of figures from the Original Trilogy: 20%

Percentage of figures from the Prequels: 0%

Percentage of figures from the Sequel Trilogy: 50%

Percentage of figures from Rebels: 20%