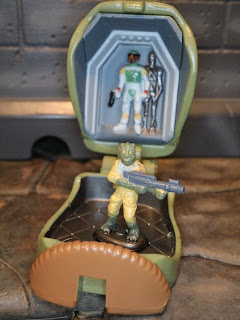 Time for another Micro Machines: Star Wars Mini Heads review! This time we're checking out Bossk, the Trandoshan bounty hunter that my 4 year old is obsessed with eating. Her desire to eat Bossk started back in 2015 with the Hero Mashers figure and continues to this day. Whenever we see Bossk in any shape, fashion, or form, my daughter pretends she is going to eat him. As soon as we pulled this set (originally only offered in the US as a Pizza Hutt exclusive) out of the mail my daughter grabbed it and began to act like she was chowing down. The kid is crazy and delightful. Bossk was also available internationally in Collection V of the Mini Action Transforming Playsets along with Duros and a Stormtrooper. Let's check this guy out after the break... 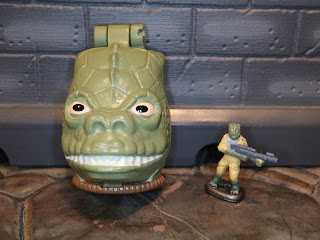 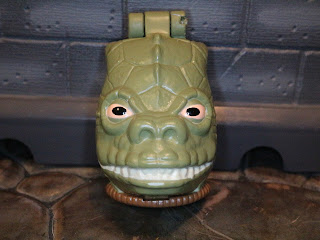 * I've always liked Galoob's sculpts on the various transforming heads playsets and even these Mini Heads are pretty cool. Some of the details are a bit soft, particularly the teeth, but overall it's easily recognizable as Bossk. I kind of dig that you can see the rubbed collar of his spacesuit on the sculpt, too. 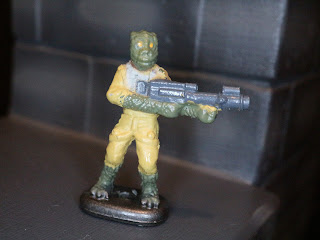 * Bossk is a cool little microfigure. You can clearly see that he's wielding his Relby-v10 mortar gun, sporting his yellow and white flight suit, and generally just looking like a boss. Other than his eyes there aren't too many small painted details on the figure, though. It's hard to call a liizard-like bounty hunter wielding a massive rifle plain but it definitely seems like Bossk could have used another paint app or two.

* Here's a comparison between this Bossk (on the right) and the Bossk included with the Bounty Hunters figure pack (left). The figure pack Bossk is clearly superior and features way more detail. These are the only two ways to get a Bossk Micro Machine (although he appeared in the Action Fleet, too). 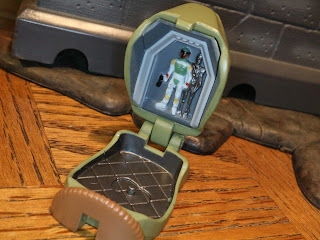 * Bossk's display is probably supposed to be the interior of the Executor. The floor is a pretty standard tile pattern while the back features part of a hallway with two other bounty hunters ominously hanging around. 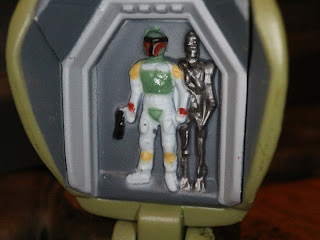 * In the pack you can see Boba Fett and IG-88 just chilling out. They're essentially just painted reliefs in the background and, to be honest, they look a bit messy. It's a cool idea but the execution is lacking. 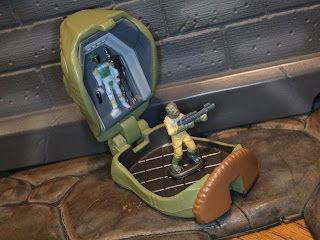 As a Micro Machines nut I'm definitely glad to have picked up this set as I'm currently working on completing the collection. It's not the best of the Mini Heads, though. While there is only one other way to get Bossk the other Bossk is clearly a superior microfigure so this one is more just something you'd pick up to complete a collection. It's a Good microfigure set but not one of the best available.

If you're also a Bossk aficionado then you may be interested in my reviews of the Black Series Bossk and the Hero Mashers Bossk.

If you also have a Boba Fettish than check a couple other Boba Fett toys on the site, including the Black Series Boba Fett, the Walgreen's exclusive Boba Fett (Prototype Armor), both the standard Hero Mashers Boba Fett and the Han Solo Vs. Boba Fett two-pack version, and the Funko POP! #102 Boba Fett.

For more Micro Machines, check out the following: