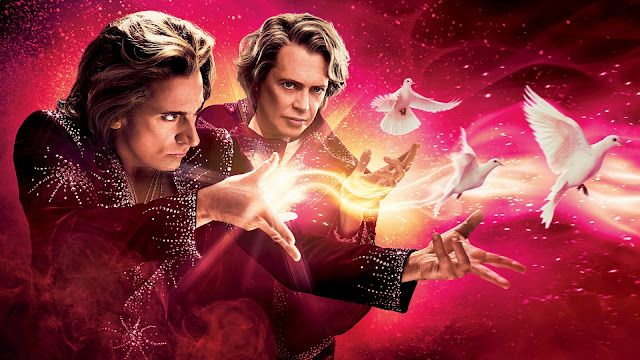 *This podcast originally aired on March 21st 2013, and is part of our Retro Rewind initiative to publish our back catalog of episodes for our listeners!

In this installment of The Confirmed Epic Podcast we review Steve Carell and Jim Carrey’s magical comedy: The Incredible Burt Wonderstone.

In this week’s epic news section we discuss new horror films in the works at Sony based on R.L. Stine’s popular Goosebumps kids book series from the 90’s, as well as MGM and Paramount’s decision to move forward with a sequel to Hansel and Gretel: Witch Hunters.


We also delve into what we have been checking out this week: The King He-man and Fang Man Masters of the Universe Classics action figures, BioShock Infinite hype, OMFG series 3, Hot Toy’s Bane, Marvel Select’s Magneto, and the very first "From here to hero-con" cosplay teaser word of the week.

You can always email any questions, comments, and concerns about the show to thepicreview@gmail.com
Posted by The Epic Review at 3/12/2018