Wrapping Up 2022: Mekaneck and Ground Ripper from Masters of the Universe Origins by Mattel 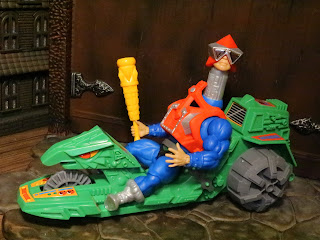 We're into the new year and I've still got three or four Masters of the Universe Origins figures to review. Today I'm checking out a special two-pack of Mekaneck and the Ground Ripper. I'm honestly surprised that Mekaneck didn't come out earlier since he's such a memorable figure with a very basic design, especially in MOTU Origins where he doesn't retain his vintage action feature. Like the Masters of the Universe Classics version of Mekaneck, this one has a removable head and a neck extension piece that pops on. The Ground Ripper (which is the name Mattel now uses for the vintage Road Ripper) also doesn't have it's vintage ripcord action feature; it just rolls around. Why did Mattel pair these two together. I'm not aware of a vintage two pack or gift set with these two (there was a set with the Road Ripper and Battle Armor He-Man) but there was some cross-sell art with Mekaneck on the Road Ripper. Maybe that's the inspiration? They're also both 1984 releases for the Heroic Warriors. They're finally in MOTU Origins, so let's check out this set after the break... 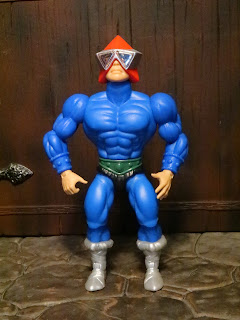 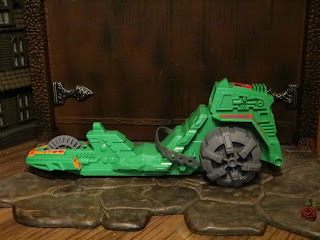 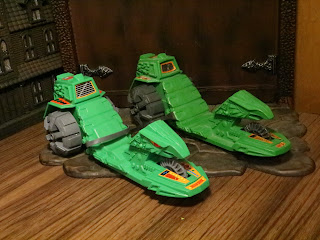 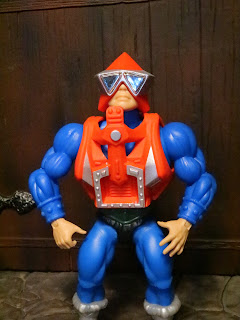 * Since he doesn't have the neck extending action feature of the vintage figure, Mekaneck is a pretty standard figure. He's got the basic body used for He-Man and many other figures and the armor he shares with Stinkor. It's basic, sure, but there's just something I love about Mekaneck's color scheme. That bright, bold red and blue, mixed with some silver highlights, is just really pleasing to the eye. 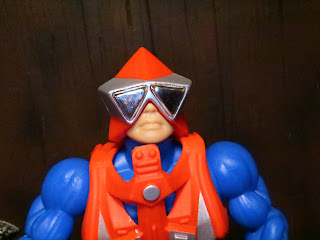 * I'm a doodler. I'm not very good, but I dabble in doodling. One of my favorite things to doodle is Mekaneck's head. Why? I have no idea. I think it's because I love the angular shape of his helmet and his funky goggles. They're mirrored here, which is a nice touch.  I imagine that Orius is usually a pretty happy, go lucky guy, but when he slaps on that pointy helmet he's now Mekaneck and he's all business. 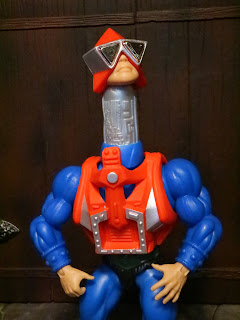 * I always expected that Mekaneck would be a deluxe release with a functional extending neck but here Mattel took a page out of the Masters of the Universe Classics playbook and gave the figure a neck extension piece. It attaches onto the neck and the head pops on top. It's nicely detailed with lots of wires and circuitry, like the neck of the vintage toy, and it does allow Mek to retain all of his articulation. 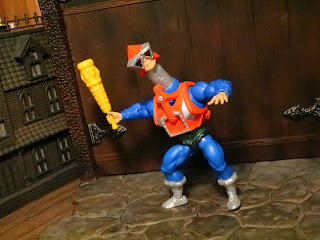 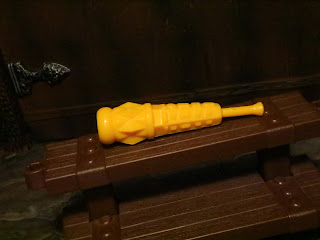 * Mekanck includes his battle club which also functions as a telescope. I can't remember where I first heard that his accessory is supposed to be a telescope but, when I did, my mind was blown and I'd never be the same again. The club-e-scope has an ornate exterior, a handle that functions as the eyepiece, and a hollow end on top. He can also hold it up to his eye. See the last picture in the review for an example. 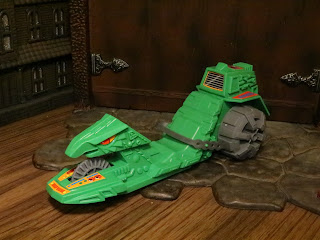 * And here's the Ground Ripper, the second half of this set. I'm guessing Mattel lost the trademark rights for the name Road Ripper (there seem to be a few other products using that name), so the Ground Ripper it is. It really looks nearly identical to the vintage toy, just molded in a brighter shade of green plastic. All of the stickers are here (and pre-applied) but they look a bit simpler and brighter than the vintage stickers. Not worse, really. Just different. 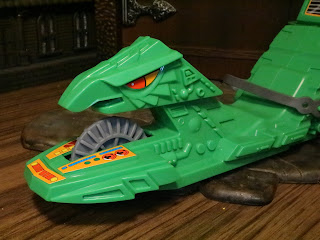 * The front of the vehicle/ headpiece has the really cool style of a dragon or a griffin or something. It's just a fierce looking design element! 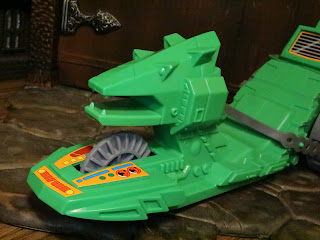 * You can actually swap out the headpiece for another option which resembles a... I'm not sure, really. It's very cool and very MOTU-ish, but I'm not sure what it is. A robotic lion? 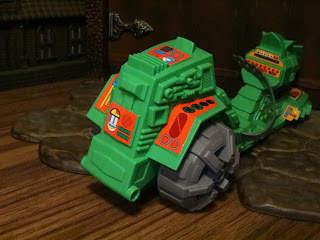 * The back of the Ground Ripper resembles the rear of the Battle Ram (a vehicle we strangely haven't gotten in this line, though I'm content with my MOTUC Battle Ram) with lots of sculpted and sticker details for your figures to mess with. 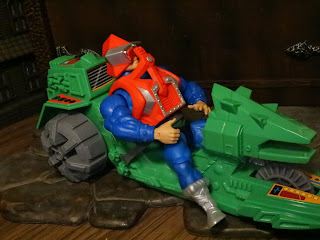 * The seatbelt is adjustable and can hold most figures securely on the seat. The figures fit just fine, though they don't necessarily look like they're really driving or piloting the Ground Ripper. Of course, they didn't really look like they were actively manipulating the controls on the vintage vehicle, either. 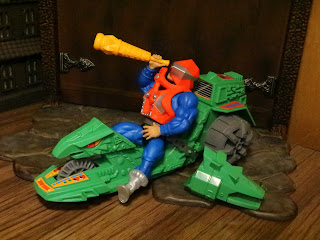 Mekaneck with the Ground Ripper is a really Great set, especially considering the fair price. Yeah, Mekaneck doesn't have his vintage action feature, but Mattel handled it just fine and I imagine many collectors probably prefer this to an action feature. The same goes for the Ground Ripper; I wasn't eager for an Evel Knievel ripcord styled feature on this but I would have liked something where the vehicle pulled back and zoomed forward. Still, the vehicle retains most of the charm of the vintage toy and Mekaneck looks excellent riding it. 2022 was a good year for MOTUC