Malevolent May: Hordak from Masters of the Universe Origins by Mattel 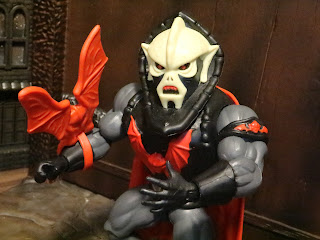 It's time for the second installment of Malevolent May and today's Hordak tribute is from the Masters of the Universe Origins line. Hordak is one of the figures in the fourth series of figures which have been showing up on store shelves over the past month or so. I managed to walk into a Target one day and find the whole set in one go which is pretty incredible. Since then I haven't seen a single one. What the heck, Mattel? Also, why are these figures shipped in cases of four? They're fairly small! Why not cases of 8? Anyways, Hordak is the first member of the Evil Horde to appear in MOTU Origins and hopefully he won't be the last. I had both the standard Hordak and Buzz-Saw Hordak as a kid although at some point my original Hordak disappeared or got sold off. Bummer, huh? This guy does a pretty good job of capturing the spirit of the vintage toy although I'm not completely sold on the headsculpt, particularly the eyes. Let's see what the Ruthless Leader of the Evil Horde brings to the Origins line after the break... 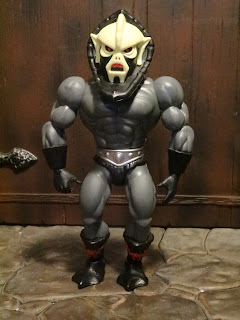 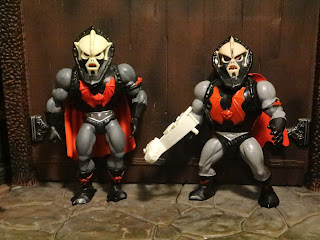 Comparison:
* The Origins Hordak is on the left while the vintage Buzz-Saw Hordak is on the right. He's not exactly the same as the standard Hordak but he's pretty close and you can compare colors fairly well. Mattel did a good job here. The colors of the body are quite close and I like that the Origins figure went darker with the gray. I'd love for the whole Origins line to be a shade darker overall. The head is brighter, though, which seems a bit of. Rather than having larger, oddly sized pupils the Origins Hordak has little, round, red pupils. 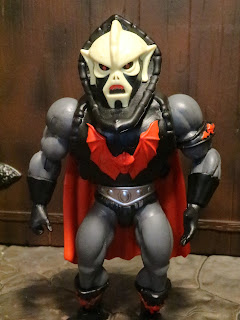 The Positives:
* The colors are good which is always a plus. Hordak's sporting his removable armor with attached cape and his Horde branded boots. While most of the Horde members have unique bodies Hordak uses a basic body, so I'm guessing that's why we're seeing him so early. I have some serious doubts that Mattel will take Origins far beyond characters who can be built with the basic body and new armor pieces. Anyways, everything looks good fine here and Hordak looks almost exactly how I expected he would. 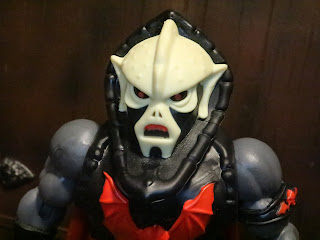 * Overall I really like Hordak's headsculpt. It's quite detailed and looks a bit crisper than the vintage figure. The details are all present as are the blue and red paint highlights from the vintage toy. Mattel has been molding the figures in colored plastic to cut down on paint so Hordak's skull is a bit brighter than the vintage toy. I'm not sure if I like it better this way or not but it's definitely not bad. 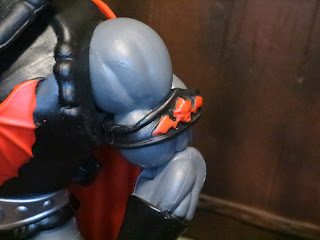 * Hordak has his distinctive Horde armband. It's a removable piece that easily slips over his bicep. It stays in place quite nicely, too. 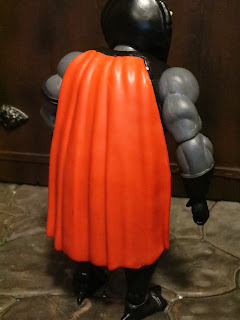 * Hordak's cape is a separate piece attached to the back of his armor. It's not removable. It looks pretty decent and it a huge improvement over the vinyl cape from the vintage figure for sure. 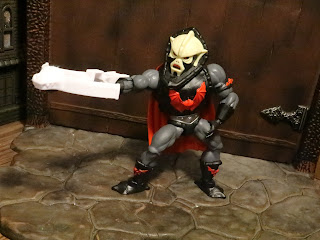 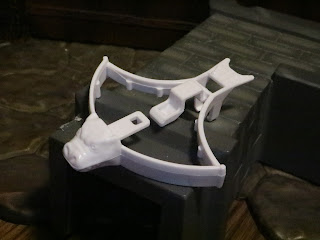 * Hordak comes with his crossbow which was the primary weapon of all of the vintage Horde figures. I've never really cared for these until the Four Horsemen redesigned them in the NECA stactions and MOTUC lines but considering this is supposed to be an update of the vintage toy I'll say that Mattel did a good job of capturing the function and appearance of Hordak's vintage white crossbow. It "fires" too, just like the vintage toy. That was always a weird feature to me. 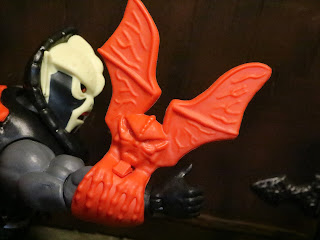 * Hordak's second accessory is the bat shield. In some art this appears to be an actual creature but I'm convinced on the toy it's supposed to be an oddly placed shield of sorts. It works nice and since it's kind of rubbery there is no risk of it cracking like the vintage shield. That thing always was really brittle if I remember right. 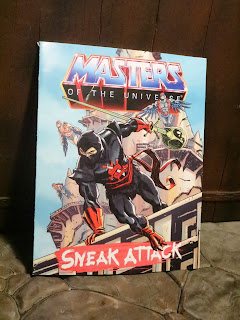 * The series 4 figures all come with the same minicomic: "Sneak Attack." It's a niftylittle comic that features the series 4 characters and it adds a nice little something to the overall package. Fun fact: "Sneak Attack" was what my blue half-elf rogue would always yell at the top of his lungs whenever he would perform the Sneak Attack action. 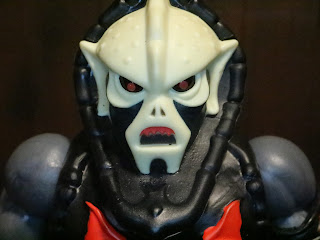 The Negatives:
* I like Hordak's headsculpt quite a bit but it's weird that he has small, round eyes. The vintage toy's eyes were quite different and were longer and filled about half of the black space where his eyes presumably are. These look beady and sort of comical. 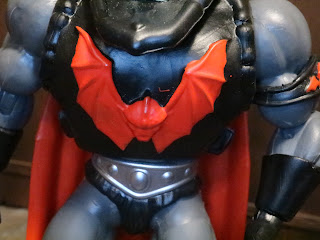 * There's quite a bit of paint slop on Hordak's armor. The red from his Horde emblem has spilled over in places which just isn't a good look. These are fairly simple figures but Mattel still seems to be having trouble getting the quality control together with the line. Fortunately there just aren't that many paint applications to mess up. 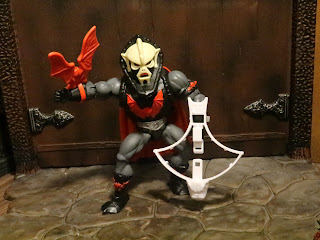 Hordak really turned out quite nicely. I don't feel that the Origins line even begins to compare to Classics or the 200x line but I am starting to enjoy what it's doing which is stir up some nostalgic feelings from more casual MOTU fans before Mattel hits hard with the upcoming Netflix shows and Mastersverse. Hordak is a Great and a 1/2 figure who for the most part feels like an improvement over the vintage toy. The paint on the headsculpt could have been a bit darker with better eyes but for the most part this guy delivers. Hopefully this line starts getting better distribution so folks can actually buy these on the shelves!
If you're a fan of Hordak then check out my reviews of the vintage Buzz-Saw Hordak, the Masters of the Universe Classics "Buzz Saw" Hordak and the Spirit of Hordak, NECA's Hordak staction, the ReAction Hordak and Hordak (Grey),the Tweeterhead exclusive Masters of the Universe Legends Hordak maquette,  the Sonic kids meal Hordak, and the M.U.S.C.L.E. slime Hordak.
For more Masters of the Universe Origins reviews check out the following:
Battle Cat
Beast Man
Evil-Lyn
He-Man
He-Man and Prince Adam 2-Pack
Land Shark
Lords of Power
Man-At-Arms
Man-E-Faces
Mer-Man
Ninjor
Orko
Panthor
Prince Adam & Sky Sled
Roboto
Scare Glow
She-Ra
She-Ra (PowerCon Exclusive)
Skeletor
Teela
Trap Jaw
Zodac
Posted by Barbecue17 at 5/10/2021