Wrapping Up 2021: Webstor from Masters of the Universe Origins by Mattel 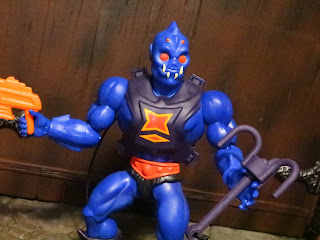 Ready for the third figure from series 6 of Masters of the Universe Origins? It's Webstor, the Evil Master of Escape! I remember getting Webstor for Christmas as a kid one year, probably 1987 or 1988. I wasn't born until after MOTU was already out so I got into it a bit later and probably got lots of toys that were still hanging around on shelves. I remember getting him the same year that I got the Slime Pit. How funny that I got him on Christmas morning 30 some years later, huh? I'm always happy to see the guy show up as he's a really creepy character and I dig his blue and purple color scheme and that bright orange rifle. This version of Webstor also has a working action feature, just like the vintage toy. How cool is that? Let's check him out after the break... 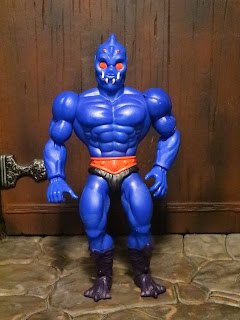 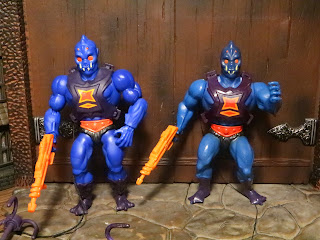 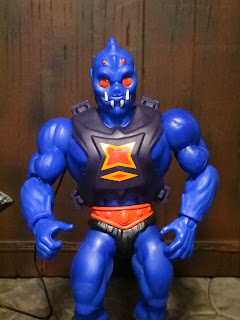 The Positives:
* Webstor's cool blue skin and purple armor makes the black widow inspired pattern on his armor stand out quite well. It's a great look and really stand out. Webstor's armor is made of two separate pieces and it's fairly easy to remove if you want Webstor to go without it for some reason. He uses a pretty standard body so the color of his skin and the armor are pretty vital to his overall aesthetic. 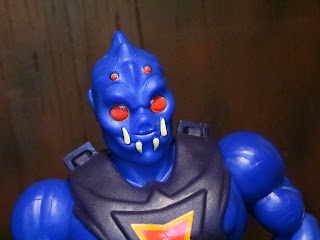 * Webstor has a very creepy face. I love the multiple red eyes and the weird fangs. He's definitely one of the creepier of the vintage Evil Warriors for sure. 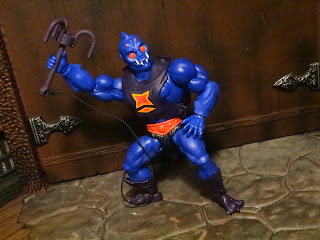 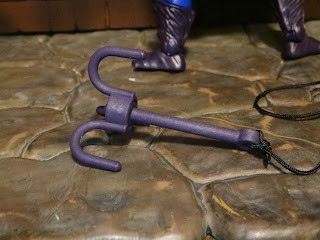 * Webstor comes with a grappling hook that while not removable unless you undo the not does give him an extra accessory. It's pretty interesting he's a spider person (technically an Arachna) who needs to use a grappling hook and rope rather than webs. Cool, though. It's kind of inspiring how the MOTU characters find ways to supplement their natural abilities or lack thereof. 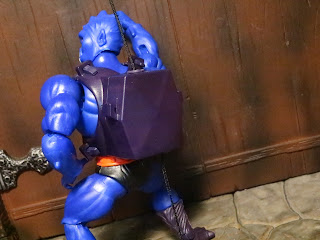 * His backpack actually has a climbing feature like the vintage figure. Pull the small purple tab on the bottom of the figure and Webstor's pack "climbs" up the rope towards the grappling hook. There are even some clips on the sides of the pack to hold the excess cable and/ or the grappling hook when it's not needed. 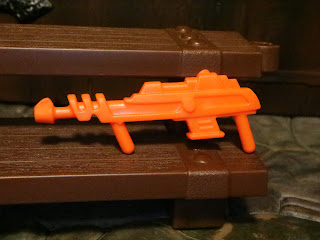 * Webstor comes with his classic orange laser rifle and I love it. It's really similar to the vintage accessory but feels a bit more solid. I love the idea that Webstor is a sniper: He uses his grappling hook and natural abilities to get up somewhere high and then uses his laser rifle to pick off his foes. 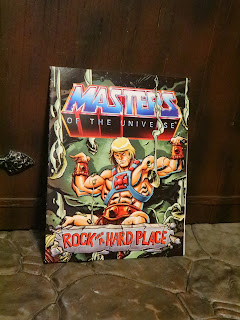 *  Each figure in the series also comes with a mini comic. Yes, an actual minicomic. Everybody gets the same comic but it's a cool way to familiarize kids picking up these figures with the characters. 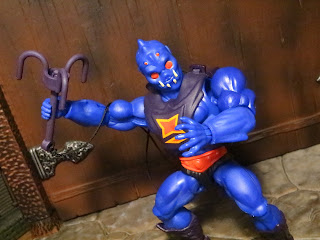 The Negatives:
* Mattel has continued the tradition of the vintage figures by giving most figures a gripping hand and an open "grappling" hand. Unfortunately, this means that Webstor can't hold his rifle and his grappling hook at the same time. I kind of wish he could and I'd be thrilled if figures with more than one accessory came with two gripping hands. But look at me: I'm griping about gripping! 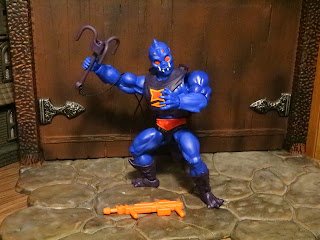 Webstor is another excellent figure and he's so far tied with the Eternian Goddes as my favorite figure of series 6. He looks fantastic, has a working action feature, and is just a lot of fun to mess around with. Remember back 2009 when the MOTUC Webstor didn't actually have the working backpack even though the advertising seemed to imply it did? How cool is it that after 12 years Mattel managed to get a working Webstor onto shelves again? I love it.

Webstor is just starting to get some respect around here. For more Webstor reviews check out the Funko POP! Webstor #997 and Webstor #997 (Metallic) and the Vinyl SODA Webstor.

For more Masters of the Universe Origins reviews check out the following: