Action Figure Review: Mer-Man (Lords of Power) from Masters of the Universe: Origins by Mattel 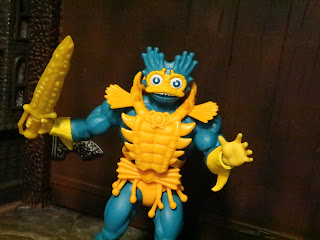 The mini marathon of Masters of the Universe Origins reviews continues with the final figure from series 5: The Lords of Power Mer-Man variant. A classic toy version of Mer-Man was released in series 3 this year but last year Mer-Man was also included as part of the PowerCon 2020 exclusive Lords of Power set. The Lords of Power collection were essentially the prototype versions of some of the earliest Masters of the Universe characters and while they were included in last year's PowerCon exclusive set Mattel seems intent on releasing them in the mainline as ways to continue to refresh main characters like Mer-Man and Beast Man. Mer-Man's Lords of Power/ prototype looks closer to the cross-sell art on the back of the vintage packaging which seems to be more popular for modern depictions of the character. While this is the same sculpt as the exclusive from last year this version of Mer-man does have a slightly different paint job and fewer paint applications, differentiating him from the rarer and far more expensive exclusive. The Lords of Power set was definitely for the most hardcore fans so its nice that Mattel is giving everyone a chance to own a much cooler version of Mer-Man. Let's take a look at the Lords of Power Mer-Man after the break... 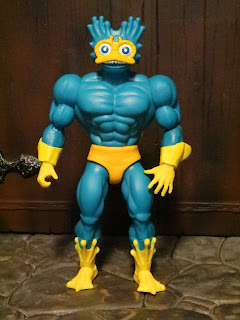 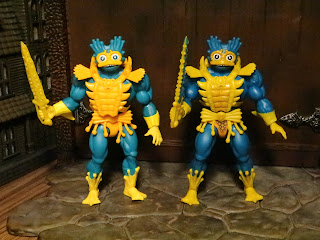 Comparison:
* The series 5 Lords of Power Mer-Man is on the left while the PowerCon exclusive Mer-Man is on the right. Everything is colored differently with the mass market release having brighter colors than the exclusive release. There are, however, fewer paint applications on the series 5 version with no details on his sword or trunks. 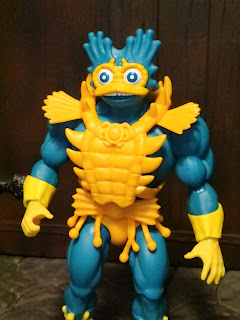 The Positives:
* I definitely prefer the Lords of Power Mer-Man as he just looks more like the Mer-Man I think of rather than the vintage toy. His colors are fantastic and his armor is quite nice with lots of spikes and details showing that this is composed of various elements found under the ocean. He's also sporting some fins on his hands (which seem to be part of his gloves) that are befitting of a king of the ocean. 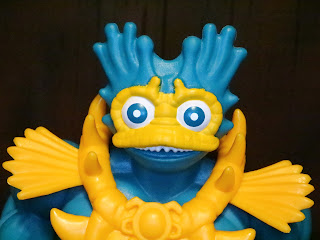 * As I said in my review of the Lords of Power set, lots of folks prefer Mer-Man's vintage cross-sell headsculpt over vintage toy headsculpt (I know I do) so it's cool to see it in Origins. It's a great headsculpt with excellent paintwork for such a simple figure. The teeth are rather neat and cleanly painted here which is a plus. 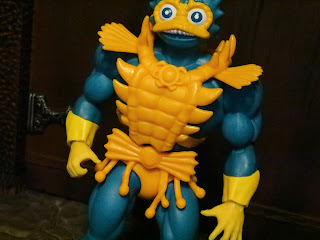 * Mer-Man's armor is quite complex looking, especially considering simpler aesthetic of the Origins line. The chest armor and belt are separate pieces and there are multiple undersea treasures making them up. I really like the shells hanging off of his belt on cords. That's a cool detail that makes his armor seem a bit more special. 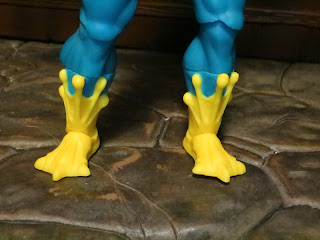 * I really like the more elaborate boots on this version of Mer-Man. They're cool and it's neat to see a more unique piece in Origins for a figure. 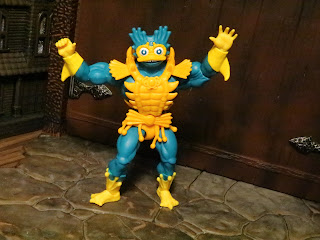 * The MOTU origins figures are built like the vintage toys but with more modern articulation. While their bulky frames make the articulation a bit clumsy, they do feel like an evolution of the vintage line. Imagine what you would get if you mixed a vintage figure with a MOTUC figure. They're quite fun to play with and pretty durable, feeling more like a toy than a collectible.
* They're also modular and can be easily separated to make your own lazy boy customs! 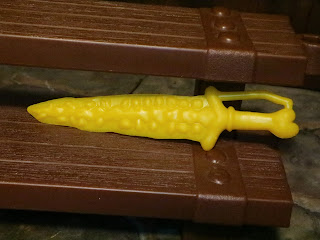 * Mer-Man comes with his classic "corncob" sword. What else did you expect him to have? It's sharp, kind of vicious looking, and great for making sushi. 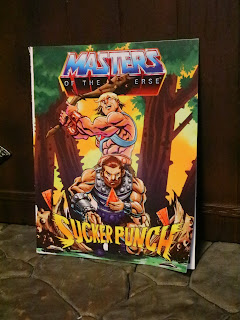 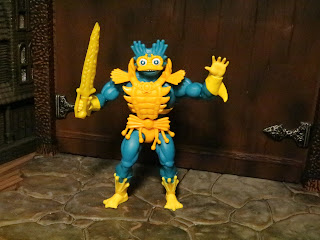 I love the Lords of Power Mer-Man figure. Even if he isn't as detailed as the PowerCon version, he's still pretty darn good and a really fun figure. The headsculpt is one of the best Mer-Man headsculpts out there and the armor is pretty impressive for Origins. Yes, he's a repaint, but if you're just a MOTU fanatic or someone who missed out on the PowerCon box this is a pretty nice release. While Faker and Fisto were the "new" figures in the series, the Lords of Power Mer-Man ended up being my favorite. Crazy, right? Tomorrow we're going to keep going with MOTU Origins as I've got some fun exclusives to check out....