Action Figure Review: Camo Khan from Masters of the Universe Origins by Mattel 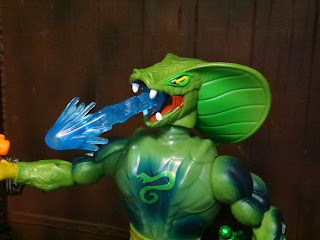 Shortly before Christmas I received my Masters of the Universe Origins version of Camo Khan in the mail from Mattel Creations. I'm still trying to get a standard Kobra Khan but I've got this one to tide me over. Actually, this one is just a bit cooler due to having an extra head based on the Masters of the Universe Classic acid spewing head. The figure itself is based on a variant released by the Argentinian company Top Toys which was called Kobra Khan Camuflado. It's one of the most well known international variants and has a couple different variations, each with a different weapon. Mattel made this a more "deluxe" Origins offering with resealable packaging, two portraits, and two weapons to correspond with the two most well known of the three vintage variants. There's also a cool new story where Skeletor transforms Kobra Khan into Camo Khan and sends him back to Preternia to build an army. Of course, Since Koba/ Camo Khan is really loyal to King Hiss, shenanigans happen and Eternia is faced to deal with the rise of the Snake Men! Let's check out this key part of the Rise of the Snake Men storyline in Origins after the break... 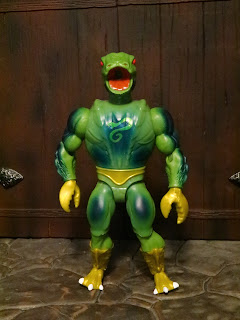 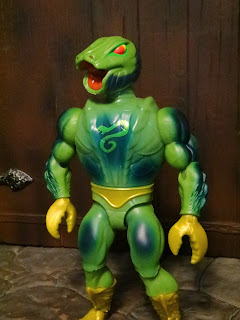 
* Camo Khan has a lot of unique sculpting, so he has a very different look. He's covered in armor-like scales and has a cool sprayed on camouflage look that makes him stand out from the standard Kobra Khan figure. He's also sporting some schwanky gold highlights and the Snake Men symbol on his chest. This figure is based on the version with Buzz-Off's arms and claws, muscular legs with three toed feet, and who was packed with Clawful's mace. 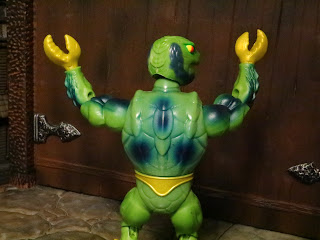 * The paint work covers the entire figure, including the back. He's got spray camouflage effects all over, including on his back. Very cool stuff! 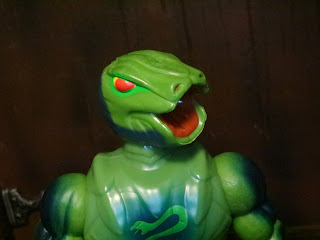 * Camo Khan's head is the same as the standard Kobra Khan figure but he has a slightly different colors including the camouflaged "sideburns." His mouth his hollow, like the vintage, but he doesn't spray water... 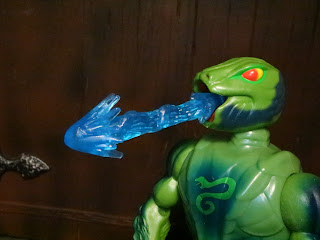 * Instead, there is a blue "spray" effect that plugs in, showing off his venom blasting feature. I love this! It's such a cool way to show off Kobra Khan's powers! The standard Origins Khan has a green spray while this one is a brighter, bolder blue. 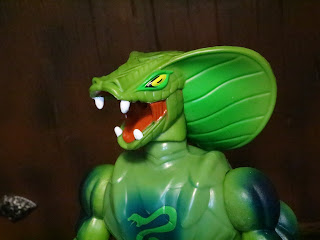 * The second portrait features Camo Khan with his hood up. His eyes are even more serpentine, his fangs are more pronounced, and he really just looks even cooler. He also has a hollow mouth so, so the venom spray can fit into his mouth. 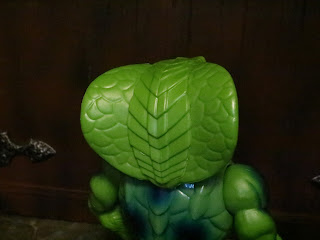 * Camo Khan's hood is really detailed from the back as well. It's excellent with a mixture of snake skin pattern and some armored scales. 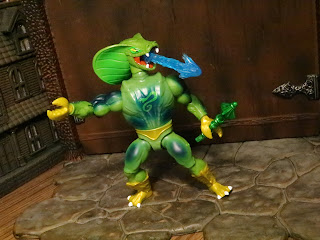 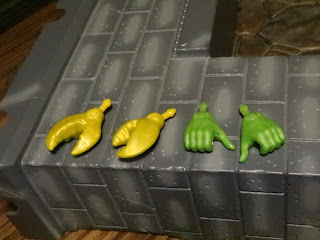 * Camo Khan comes with two sets of hands. The gold Buzz-Off claws that are one of the most recognizable parts of the vintage variant and some standard hands which were found on another version of the figure (the one with the standard Kobra Khan pistol). 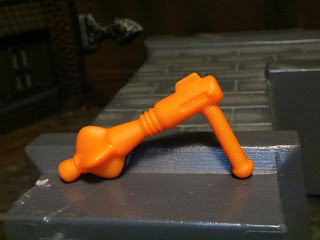 * Camo Khan comes with the standard orange Kobra Khan pistol. One of the Camo Khan variants from Argentia was packed with this accessory (the version with regular hands) so it's a solid extra. 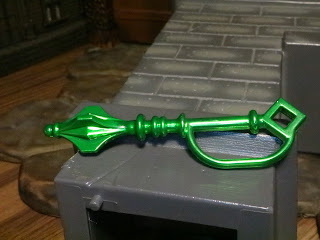 * Clawful's mace is the accessory that the most well known Camo Khan figures had (the one with the Buzz-Off claws that this figure mostly replicated) so not only do we get Clawful's staff, but we get it in metallic green. Nice! It's really sharp looking and stands out nicely. 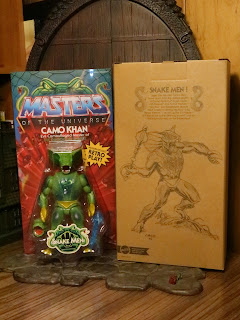 * Like the PowerCon exclusive She-Ra and the Mattel Creations Sun-Man, the packaging has been designed so you can remove the figure from the package without damaging the blister or the backer card. The blister folds over the backer card, kind of like a Mythic Legions figure. The only irreversible think about taking Camo Khan out of the package is removing the plastic fasteners that help hold him in the bubble for shipping. He also has a mailer box with some extra graphics on it. 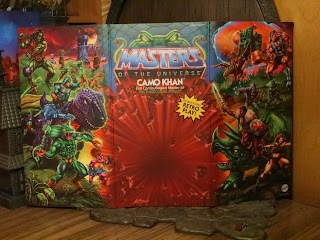 * The backer card folds out to show a really cool Preternian battle scene. 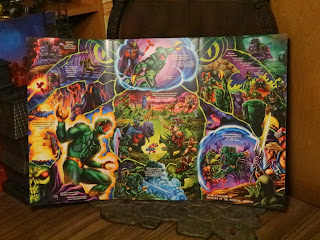 * Flip it over and you've got a short comic of Camo Khan's role in the MOTU Origins storyline. 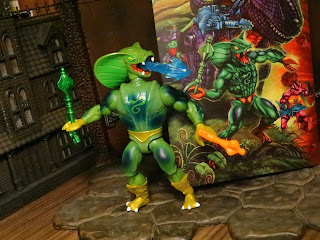 Camo Khan is a really nice release. Besides being a vintage styled figure of a rather rare international release that most of us will never own, he also has multiple heads, the ability to swap out accessories and hands to create two different versions of the Top Toys Camo Khan, the spraying effect, and the collector friendly packaging. I absolutely love this guy and while he was a bit more than a regular figure, I think Mattel packed the value in here. Camo Khan is one of my favorite Origins release of the year, which is high praise considering how big of a year 2022 was for MOTU Origins. He's an Epic addition to the line.

For more Masters of the Universe Origins reviews check out the following:
40th Anniversary 4-Pack