Wrapping Up 2022: Dusty from G.I. Joe: Classified Series by Hasbro 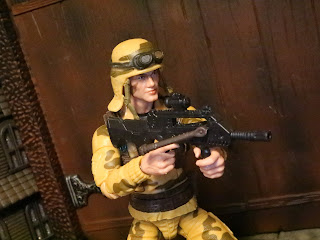 I've still got a few more G.I. Joe: Classified Series figures to finish reviews of from last year and today I'm checking out a member of the G.I. Joe team: Dusty. I was really excited for Dusty to make it into the Classified Series as not only do I like the character but the 2010 Pursuit of Cobra redesign of the character is one of my favorite 1/18th scaled G.I. Joe figures ever. I was really hoping that Hasbro would take some inspiration from that excellent version but, alas, Hasbro pretty much phoned in an updated version of the vintage toy. Dusty's not bad, and Hasbro did nicely update the accessories, but he's just not as thrilling as some of the other figures released to date. Let's take a look at Dusty and see how he turned out after the break... 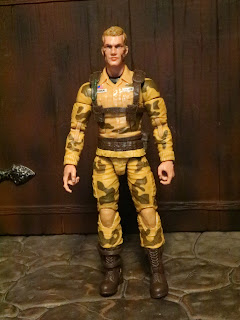 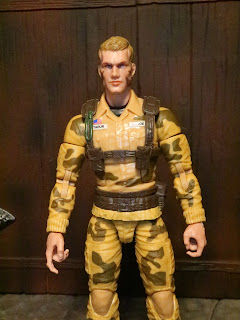 * Taking a look at how the U.S. Military has innovated the uniforms for soldiers operating in desert environments and regions in places like the Middle East over the past 30-35 years, it's a bit disappointing to see how Dusty's uniform is pretty much what he wore back in 1985. I mean, it's not bad, and the camouflage pattern is really quite nice, but it's definitely a more old school look. His harness is well done and is a separate piece over his torso with a variety of pouches, as is his belt. The belt and bottom of his blouse are one single piece permanently attached around his waist. There is definitely a lot of detail in the uniform including folds, wrinkles, pockets, and fitted cuffs on the sleeves. 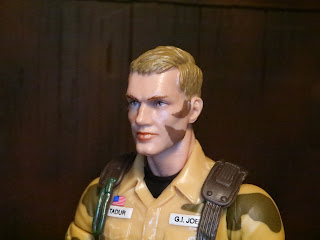 * Dusty's headsculpt is quite good and does kind of resemble the 2010 Pursuit of Cobra version of Dusty. He's an average looking guy with short hair and camouflage face paint.

* He's also sporting an American flag patch, the name "Tadur" on his nameplate (that's a throwback to his file name, Ronald W. Tadur, which is a play on vintage Joe designer Ron Rudat, and a green straw for a hydration bladder, like a Camelbak. 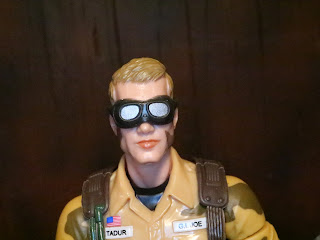 * Dusty actually comes with two pair of goggles. The first pair is smaller and is designed to actually fit over his eyes. They fit well and make sense for a desert soldier to wear with sun reflecting off the sand and sandstorms and all. The lenses even get a paint application. 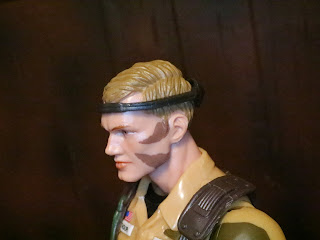 * I've seen multiple people use the trick I'm about to show you, so I can't take credit for it. Dusty comes with a helmet, but it seems a bit loose. It turns out that when you put his goggles on and turn them backwards, they help keep his helmet snugly in place. It works so well that I'm assuming it's intentional. Whether the goggles are on his face or turned around and hidden, the helmet stays on nicely. It also ensures you don't lose the extra goggles. 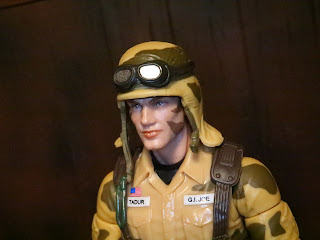 * The helmet is based on Dusty's vintage helmet with the neck covering in the back. There's a second pair of goggles with a longer strap that fits across the top of the helmet and is really meant to stay up there just for looks. 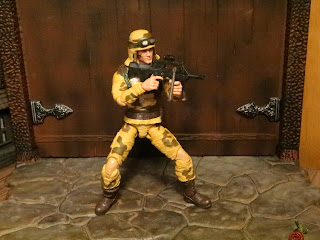 * The Classified Series has excellent articulation and Dusty doesn't falter here. He has a great range of movement, tight, solid joints, and the ability to hold his rifle in a variety of firing poses. He doesn't have a ton of extra stuff on him encumbering his joints, so he moves quite freely. 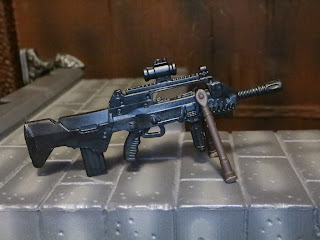 * Dusty looks like he's heavily modified his FAMAS, adding in lots of modern goodies like a vertical forward grip, a scope, and an improved pistol grip. It's also sporting a functional bipod that swivels up and down. This is definitely one of the best rifles in the Classified Series to date. 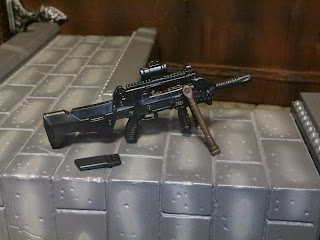 * It also has a removable magazine. Super cool stuff! 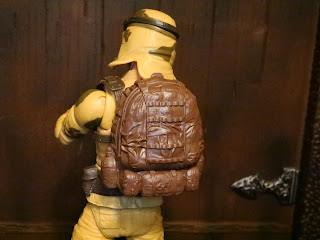 * Dusty is toting a fairly large backpack that is no doubt filled with survival goodies and extra ammo. He's also packing canteens on both sides of the pack. The backpack is all one color but there is some great detail. It stays on Dusty's back quite well and looks fantastic. 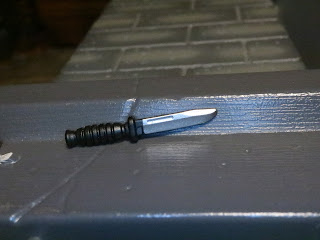 * He's also toting a knife. It's a very simple knife, but I'm sure it get the job done. 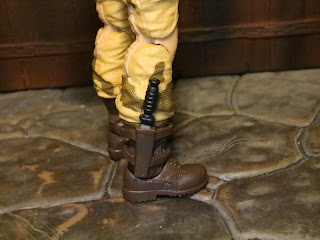 * The knife fits easily into the sheathe wrapped around Dusty's right ankle. 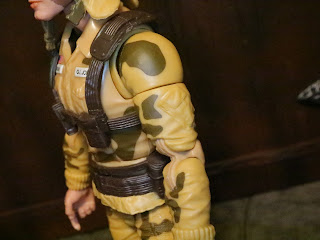 * Don't Dusty's biceps look weird? For some reason, the gap between his biceps and his shoulders looks super noticeable to me. Also, his elbows definitely don't match the rest of his outfit. 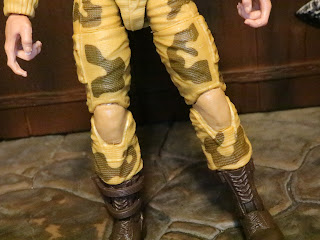 * His knees don't, either. I've heard some speculation that these are meant to be kneepads, but there is nothing in the sculpt that makes these look like kneepads. I think the color just wasn't matched well. 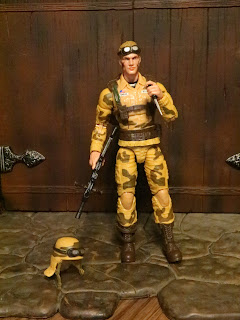 I kind of complained about Dusty a few times, but that's really because I wanted to see more new design elements here than we actually got. I do like stuff like the updated rifle, the functional goggles, and the Camelbak/ water bladder, but more updates would have been better. Things like more modern camo, a pistol and holster, etc. Still, Dusty is a nice looking figure with great articulation and fun accessories, including one of the best guns in the line. He's actually a Great figure by himself, even with his minor flaws, and collectors who really just want 6 inch versions of the ARAH figures should be really happy. I actually ordered an accessory pack from Gridiron Studios to try and upgrade him a little bit. I've had both the figure and the accessory pack for about a month but I haven't combined them yet. That might just be my next order of business....