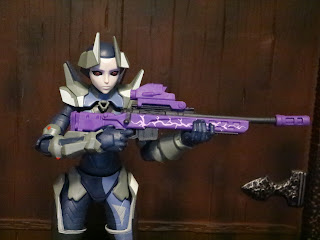 Ready for another bargain find I picked up last year at a bin store near me? How about we return to Hasbro's Fortnite: Victory Royale Series with a look at Lexa (Mechafusion), a very cool and fairly new release in Hasbro's 1/12th scale action figure series based on the popular video game. I didn't set out to purchase any of these but finding this figure for $4 bucks was worth it just for the cool sniper rifle alone. It turns out that Lexa is a really well made action figure as well, with some excellent articulation. She just has a fantastic, smooth feel to her movement even though she looks heavily armored, which makes her really fun to mess around with. I don't know much about Lexa but, from what I was able to find in my research, she's actually an anime styled character living in an anime or manga styled world in the larger Fortnite universe. She looks different from most other characters, but that's part of her actual, in-game aesthetic. This Mechafusion version of Lexa is based on her armored form where she looks like a robotic samurai of some sort. She kind of makes me think of one the Guardians from Halo 5, too. Anyways, let's take a look at Lexa (Mechafusion) after the break... 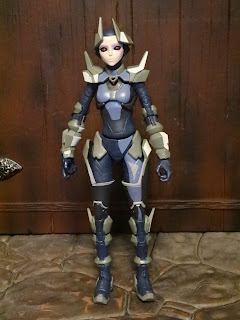 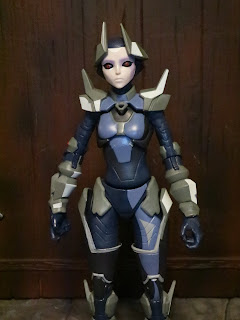 * Lexa's armored mech suit looks really cool. Besides being composed of multiple pieces of armor (or does she morph, like a Power Ranger?), Lexa's suit features an asymmetrical paint style which adds to her animated appearance. It's unusual to see a figure like that; it's almost cel-shaded, but not quite. I like it, though, and it really makes me appreciate the minor details on her armored body. Many of the pieces on her suit are separate elements permanently attached (things liker her shoulder pads and the armored plates on her hips) which gives them a more realistic, three dimensional feel. I mean, yeah, they're three dimensional, but having stuff like that stand out from the sculpt really improves the look of a figure. 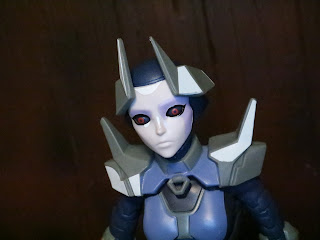 * When she's in her normal look, Lexa's a standard anime girl with white hair and red eyes. When she transforms, though, she looks kind of creepy. A pale white face with red eyes, almost no expression, and a crown-like headpiece. She definitely seems very menacing and could fit into multiple places in your collection. 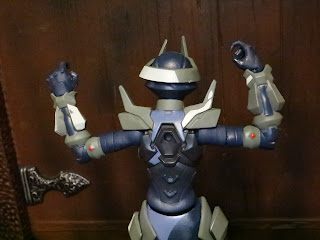 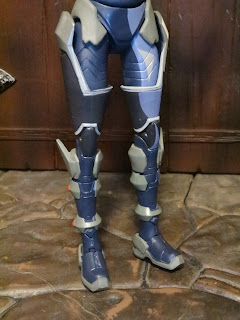 * Those boots and leg guards are pretty awesome as well. I'm loving her tall, lithe design. It's very inhuman, in a way. 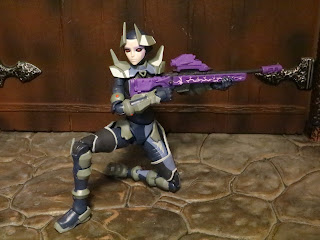 *Lexa's articulation is excellent. There may not be as many joints as Jazwares had on their female Fortnite figures but the articulation is quite a bit smoother and everything works perfectly. It's very similar to what you'd expect from a newer Marvel Legends, G.I. Joe Classified Series, Power Rangers Lightning Collection, or Star Wars: The Black Series figure. A great range of motion and a durable build. She even has the pectoral hinge joints on the sides of her shoulders, hidden beneath her shoulder armor. 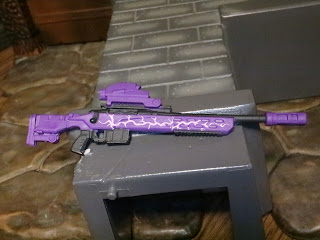 * Lexa comes equipped with a gorgeous sniper rifle. I love the design of this rifle. It's a bolt action rifle with a magazine and a really nice scope on top. Oh, and there's a suppressor on the end of the barrel. Cool! The purple and black color scheme looks pretty slick and that pink energy crackle paint effect down the sides of the gun just brings it all together nicely. 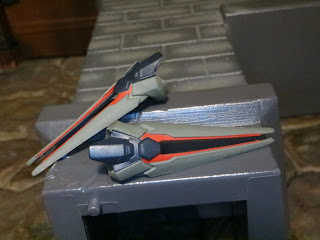 * I've seen a few pictures of Lexa using these claw-like weapons, so they must definitely be connected to her and not just a random harvesting tools. They have a few paint applications on them and slide over her forearms. Just pop off her hands and work them over the cuffs on her wrists. They stay on incredibly well and definitely make her a much more deadly weapon. 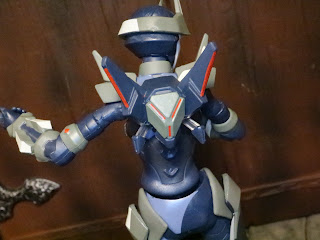 * Her backpack also seems like it's part of her design rather than just a random piece of equipment. It fits into the hole on Lexa's back and nicely ties in with the rest of her armor and color scheme. 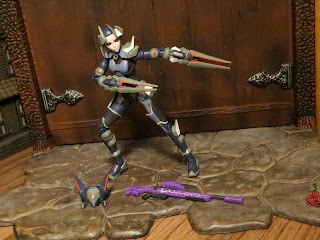 Lexa (Mechafusion) was another nice surprise and while I didn't originally intend to purchase her, finding her for $4 dollars convinced me to take a chance on her. Even if you have no clue about Fornite, Lexa is a well made action feature with excellent articulation, cool claws, and a fantastic sniper rifle. She's also incredibly versatile and seems like she could fit into any number of collections. Marvel or DC comics villain, Cobra operative, random bounty hunter. Heck, mix her in with other video game lines like the late Overwatch series or the current Apex Legends line. She's a Great and a 1/2 figure and you'll definitely find a spot for her in your collection.


This is the first figure of Lexa I've reviewed. For more Fortnite: Victory Royale Series reviews check out the following:
Ragsy