Action Figure Review: Buzz-Off from Masters of the Universe Origins by Mattel 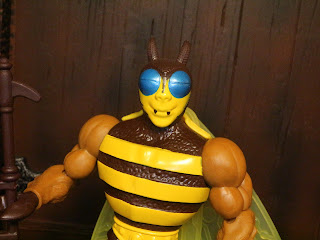 Ready for another series of Masters of the Universe Origins figures? Well here it comes and this series contains three more vintage characters and one variant (Buzz-Off, The Sorceress, Jitsu, and a minicomic "naked" Stratos). Today I'm checking out Buzz-Off and, wow, does he look fantastic. I never owned the vintage Buzz-Off as a kid. In fact, I believe my first ever Buzz-Off figure was the Masters of the Universe Classics release. I still remember tracking the shipment and being overly thrilled to get home and check him out. The Origins version is definitely based on the original figure but that's not a bad thing at all. Let's check out this buzzworthy Andreenid warrior after the break... 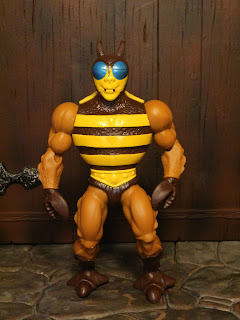 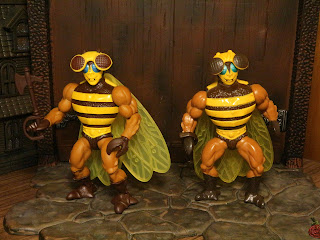 Comparison:
* On the left is the Origins Buzz-Off while the vintage Buzz-Off is on the right. They look pretty similar, don't they? I really think this is one of the best Origins yet as it retains the excellent look of the vintage toy with some nice improvements such as functional claws, more pronounced antennae, and more articulation. 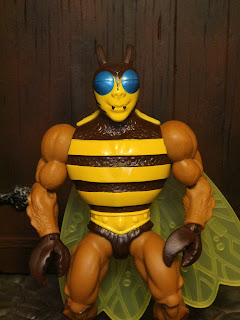 The Positives:
* Buzz-Off is a wacky, fun character with a great color scheme. I love his brown and yellow. It just stands out so well and manages to look bright and colorful without being overly bright. Not that that would matter or anything, as MOTU is wacky as all get out, but the brown nicely mutes the yellow. The colors are great and there is a lot of detail on his chest. This surely means we'll get Whiplash at some point, right? They shared a torso and legs so almost everything for Whiplash is present. 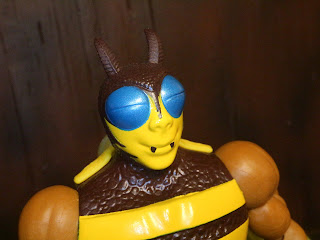 * The headsculpt is really good on this one. It's fairly similar to the vintage toy but less round and more insect-like to me. He also has longer antennae that look fantastic. Seriously, they really make a difference here. I love those metallic blue eyes, too. 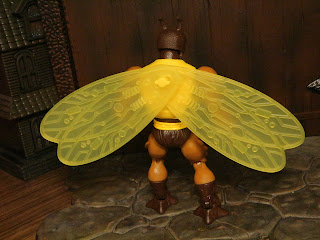 * Buzz-Off's wings work the same way as the wings of the vintage toy: They're removable pieces that can pop on to the tab in the back. They feel sturdy, as does the tab. You can swivel them around which really allows for some cooler poses and the wings themselves have a cool techno-organic look to them. Seriously, they seem like they're mechanical somehow. Do Andreenid have mechanical wings? I mean, the Avians need jetpacks and Webstor uses a grappling hook, so maybe? 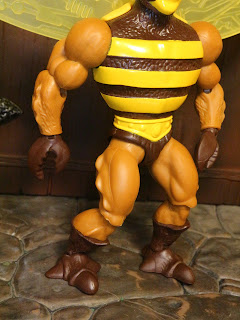 * The new limbs and hands/ feet here are really cool. Not only does Buzz-Off have really cool claws but there is a groove in the back that allows for him to actually hold his weapon as well. Nice work all around here. 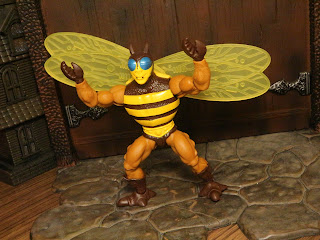 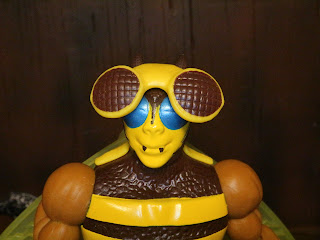 * Since Buzz-Off is the Heroic Spy in the Sky it only makes sense that Mattel included his really cool spy helmet. It fits over his antennae and stays on nice and tight. 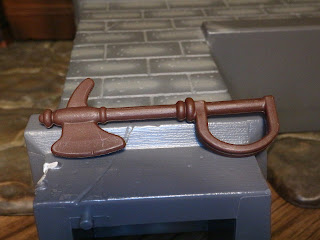 * Buzz-Off also comes with his classic brown axe. thanks to the grooves in his claws, he can actually hold it convincingly this time, too. 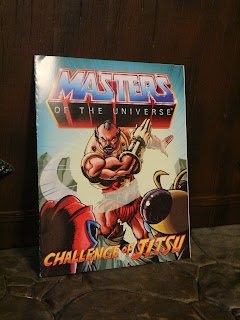 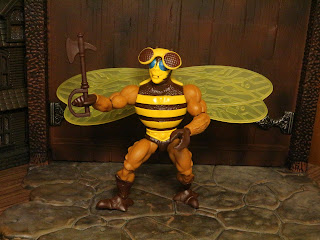 Buzz-Off is definitely the star of this series so far (I believe it's series 7) and one of the best Origins figures released to date. He' really has a nice complement of accessories, a fantastic design, and is another figure that both feels faithful to the vintage toy and yet improves upon it. Buzz-Off isn't one of my absolute favorites or anything but his Origins figure is certifiably Epic. he's well worth snatching up. Other than the Stratos variant, series 7 looks to be a very strong series and I'm eager to review them all in the next week or two. Stay tuned for more Masters of the Universe reviews!