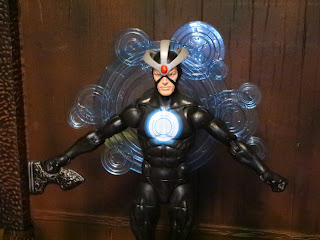 Havoc is part four of my little epic about how I ended up getting Bonebreaker on the cheap. Part 1 details how I found Maggott, Siryn, Vulcan, and Darwin for $10 bucks each at a bin store. I actually sold the Vulcan and Darwin figures to someone who just wanted the figures, so I scored the first four parts with two figures for $20 bucks. I then picked up Sabretooth for $18 bucks on sale, now netting me 5/6ths of Bonebreaker and 3 figures for $38 bucks total. Lastly, I went after Havok. I have the 2016 Havoc from the Juggernaut BAF series and the blue and yellow Havok from the 2-pack with Polaris, but this one is a much more classic Havok, plus I like his energy effects. I shopped around for his parts of Bonebreaker and ended up grabbing one for $19 bucks on Amazon. Guess what? When it showed up it was the 2016 Havok figure and accessories crammed into the new Havok's box with no BAF parts. Lame! A quick swap and I ended up with my new Havok but, most importantly, the parts to build Bonebreaker. Bonebreaker is coming next but first we have to check out Alex Summers. Join me after the break... 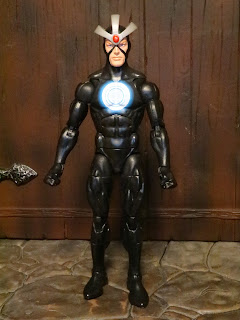 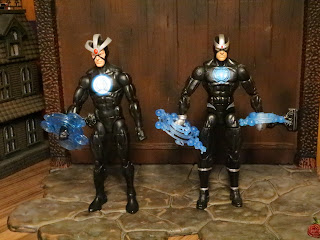 * Just for fun, here's a comparison of this Havok (on the left) and the 2016 Havok from the Juggernaut series. The newer figure is more articulated with a cooler helmet and better effects pieces, but he has even less color than the 2016 Havok with no silver highlights. I mean, that's accurate, but it does make for a slightly duller figure. 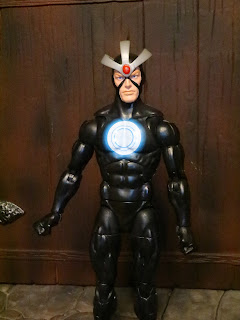 * Since my review of the 2016 Havok I've gone back and read a lot of X-Men comics from the 1960s through the mid 1990s, so I'm definitely more appreciative of Alex Summers. He's a prominent character in the X-Men series but this costume definitely is a bit dull. It's just all solid black except for the bright blue energy circles on the chest. I mean, yeah, that's accurate and it'd be weird if it wasn't, but there's not a ton to talk about here. It's a newer male body with the "butterfly" pectoral hinge joints, so that's a plus. 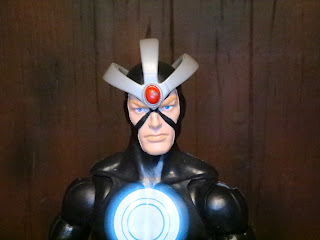 * The headsculpt is good, particularly the larger atomic inspired decoration on top of his head. It's a separate piece, though it's not removable. 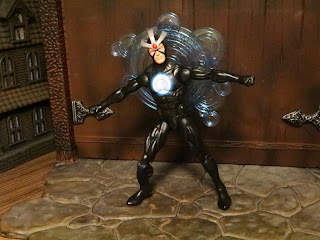 * Havoc is perfectly poseable with a sturdy build and plentiful joints. He's got an excellent range of motion and you'll have plenty of fun posing him with the various effects pieces he comes packaged with. 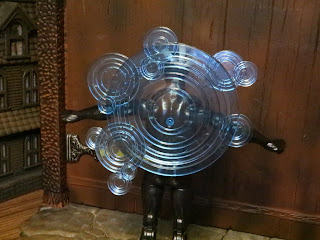 * Havok's cosmic energy powers are usually depicted via multiple blue, concentric circles, so Hasbro opted to give him a large attachment of transparent plastic circles to show his powers off. It's a simple piece that plugs into his back and it looks quite impressive, making the figure far more exciting than he'd be on his own. 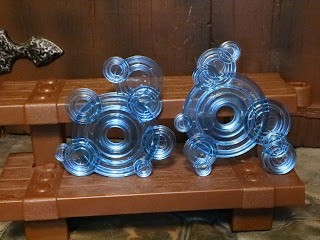 * Havok also comes with two more effects that can fit over his wrists. You just have to pop out his fists and place them over his forearms. They're pretty cool looking and, again, add a lot of coolness to an otherwise plain figure. They're made from a very solid plastic, much different from most other Marvel Legends Series effects pieces. 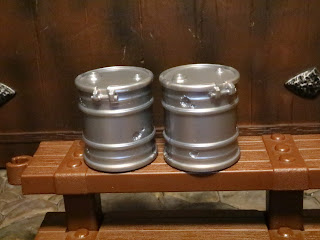 * Havok comes with the last two pieces I needed to build Bonebreaker: A pair of fuel drums. I honestly considered whether I really needed these, but since I found a decent price on Havok and kind of wanted the figure, I sprung for them. 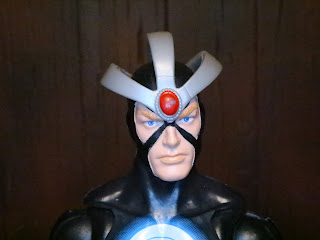 * Havok's headsculpt is great and I love his atom-like helmet. Too bad there's a lot of paint scratching on the "nucleus" of his headgear. Just a QC error but frustrating all the same. 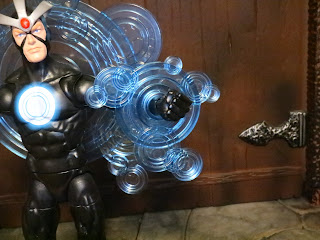 * The arm effects are really cool but they're so heavy that they just spin around, leaving the heaviest part on the bottom. There's no grip and they don't fit securely over Havok's forearms, so you can't really pose them in any way. 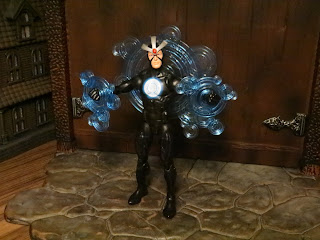 Havok was one of the two figures I originally considered picking up from this set but, after having him in hand, he's probably my least impressive. His energy effects are very cool but he's still kind of a dull figure. Throw in the scratches on his headpiece and the fact that you can't really pose the cosmic power effects on his arms at all he's just kind of average. He gets a Good from me. Solid articulation, portrait, and accessories, though. Now, for my next review I'll be checking out the Build-a-Figure Bonebreaker. Let me tell you, he does not disappoint. Stay tuned!

If you're a fan of Alex Summers/ Havok, also check out my review of the Marvel Legends 2016 Havok from the Juggernaut BAF series.

For more Marvel Legends Series reviews check out the following: